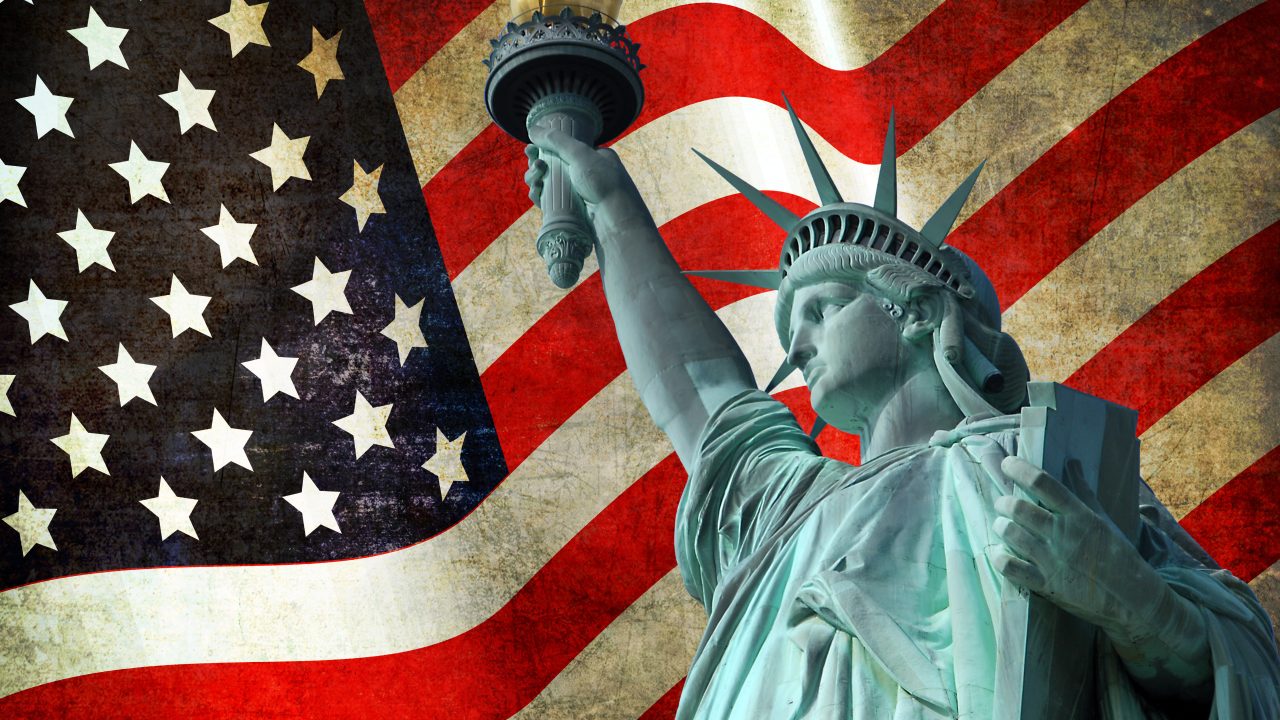 This first appeared in The Havok Journal on July 2, 2021. However, the themes presented in this article are timeless.

Two hundred and forty-five years have passed since America’s inception. Since then, July 4th has become one of the most revered and respected days in all of human history. 50 years after its signing, some 20 other declarations of independence were signed. In the last two and a half centuries since, more than half the world’s countries have declarations of independence, with a majority borrowing specific phrases from the American Declaration. In the words of the revolutionaries, it was truly a “Glorious Cause” for all of mankind. And for that, it deserves tremendous celebration.

It should be a day filled with remembrance of those very American tales of Lexington & Concord, Bunker Hill, the Siege of Boston, Washington’s midnight cross of the Delaware, the Battle of Princeton and the fateful winter at Valley Forge. It should be a day of commemoration for the successive generations of brave men and women in uniform that have picked up the torch bequeathed to them and defended its flame of freedom ever since. Yet, despite its cause for celebration, this July 4th deserves special praise for quite a different reason.

For the past year, I have seen a level of contempt for this country I have not witnessed in my lifetime. I’ve been told that 1776 was not America’s true founding year and that just the sight of the American flag is “disturbing.” I’ve heard a sitting congresswoman compare the U.S. to the Taliban. I’ve seen countless scenes of young Americans burning the American flag and decrying America as a place of irredeemable sin. While I know these incidents are not unique to present-day America, the existence of such disdain for this nation and repudiation of its founding philosophy encouraged me to reflect on what the year 1776 meant then, means now, and will mean into the future.

Any attempt I make to underscore the greatness of this nation’s inception and those who fought for its preservation is not to be conflated with an attempt to erase its mistakes. I do not view the world through rose-colored lenses. I understand there are imperfections in our country’s history, as there are with any country. That being said, acknowledgment of past sin and false equivalencies should not delegitimize nor detract from the divinely-inspired year of 1776, its impact on all of humanity, and its reason for celebration. This is an honest attempt to orient us to the peril our nation faces should we forget the timeless principles laid out in the Declaration. And in order to frame such an argument, no better place is to start than 1776.

Other than the signing of the Declaration, 1776 was hardly a year for celebration. In the words of David McCullough, “it was a year of all-too-few victories, of sustained suffering, disease, hunger, desertion, cowardice, disillusionment, defeat, terrible discouragement, and fear …”. An army composed of mostly artisans and farmers, mere boys turned soldiers, faced the largest and most disinclined expeditionary force ever sent to a nation on Earth. As Thomas Paine recalled, it was “the times that tried men’s souls.” Yet, despite the defeats, retreats, and all-too-frequent failures, American resolve remained firm due to phenomenal courage and bedrock devotion to country. It is this perseverance and sound dedication to the “Glorious Cause” that is worth focusing on.

I like to return to a few simple vignettes that offer great insight into the patriotic fortitude of the time. There was that of John Hodgkins, a Massacussettes Minuteman, who after months of arduous marching would write, “I would not be understood that I should choose to march, but as I am engaged in this glorious cause, I am willing to go where I am called.” Or that of Nathaniel Greene writing to his wife on his call to service, “neither glory, nor extent of territory, but a defense of all that is dear and valuable in life.” Or that of Colonel Robert Magaw, commander of Fort Washington, when presented the opportunity to peaceably surrender to a force four times as large as his own would respond, “[…] but give me leave to assure his excellency that actuated by the most glorious cause that mankind ever fought in, I am determined to defend this post to the very last extremity.” Or least known, is the story of 21-year-old Nathan Hale, who having been captured by the British and hanged for treason, would utter the final phrase upon his death, “I only regret that I have but one life to lose for my country.” Their uncompromising spirit is a reason for celebration. But what stood as the foundation of this patriotic zeal and tenacity?

What I’m about to say may seem cliche as it has become somewhat of a diluted and jumbled set of “buzz phrases” in modern society for those that have become disillusioned with the American founding. But to the colonists, they were ideas worth risking their lives, fortunes, and sacred honor over. To the world, they were a sign to “burst the chains” of totalitarianism and injustice from which they were bound. To mankind, they were the start of a new epoch in global history. They were the ideas of liberty, justice, and political freedom; The proposition that all men are created equal and granted by God, not my government, certain inalienable rights such as life, liberty, and the pursuit of happiness. Life, that all life is given by the divine Creator; Liberty, the right of each individual to think, believe and act as he or she chooses with the right reason; And Pursuit of Happiness, the preservation of man’s free will and the possibility for him to pursue proper being, the godly life or happiness. They were the Laws of Nature and of Nature’s God, and never before had such a remarkable assertion of the rights of humanity been instantiated by a people. This is a reason for celebration.

However, there has recently been an attempt to dismiss July 4th’s importance and America’s founding ideal because the aforementioned principles did not apply to everyone at the time. While true, that does not make the ideals untrue. These ideals are eternal. They are moral. They are final. They set about a framework for what ought to be. They were prescriptive, not descriptive. And therein lies the inherent beauty of our central idea and national origin. Throughout history, our founding philosophy has served as a sacred obligation, or as MLK would say, “promissory notes to which every American was to “fall heir.”

While our country hasn’t always lived up to its founding, it has been the “electric cord” that has linked generations of freedom-striving individuals to labor towards the realization of the creed laid firm in the Declaration: “We hold these truths to be self-evident, that all men are created equal.” It is what
inspired the founding generation to risk their lives, fortunes, and sacred honors. It is what drove the Tuskegee Airmen of the 332nd Expeditionary Operations Group and the 477th Bombardment Group, an all-black unit, to fight with great bravery in WWII. It is the reason why 130,00 of America’s best are buried in 10 countries around the world. And it is what has driven successive generations of men and women of every shape and size and makeup, different colors, different nationalities, different ways of talking, and all degrees of physical condition to make actual the ideals that were thought only fantasy.

The recent undertaking to reorient the national vision to be one filled with rage, contempt, and hate of the past and for oneself is a dangerous one, and I’m afraid that the outward displays of violent vitriol, Anti-American orthodoxies, corroding dogmas of postmodernism, self-flagellation and national self-loathing indicate we are nearing a critical juncture. Jonah Goldberg writes that the “corruption of the Miracle of Western Civilization … can only succeed when we willfully and ungratefully turn our back on the principles that brought us out of the muck of human history in the first place.” And what do we as a nation risk losing if we do indeed turn our back on 1776? We risk losing that revolutionary fervor and admiration for America’s founding ideals, and therefore America itself.

As John Adams said, the real American Revolution took place in the hearts and minds of the American people. Revolutionary thought led to revolutionary words, and revolutionary thought and words evolved into revolutionary deeds. That equation of thought, word, and deed, is the equation of America’s founding, the eternal earthly source of all its blessings of liberty and a true measure of itself. If we continue down this feckless and pathetic path of civic ignorance and educational misery, successive generations will not understand the concept of free government, how precious, rare and fragile it is, on what principles it was founded or the sacrifices made to preserve it. The bottom line is that no one is born understanding what it means to be an American. No one is born understanding the risks taken by the founding generation. No one is born understanding the divinity of the words inscribed on the Declaration. These things are learned, and if we fail to teach them, the cause of our country and the fate of liberty in the world will vanish.

So on this July 4th, re-engage with our country’s founding. Celebrate with great reverence the men and women that risked all during that fateful year. Think about Nathaniel Greene’s allegiance, Colonel Magaw’s defiance, and John Hodgkins’ endurance. Remember on this day more than others that no matter what obstacle might be in our way, America is never out of the fight; That we fight best, as the revolutionaries did, in “the forest”; That out of adversity we draw greater energy and determination; And that there is no people on earth with a greater a sense of enthusiasm, industriousness and pioneering spirit. Take a pause to reflect on our founding principles and allow the ideas of life, liberty, and the pursuit of happiness to become active in your heart, mind, and soul, as it is the right of a free people to do so. Remember that even when we haven’t lived up to those principles, their eternal nature is what has driven successive generations to ensure we might better live up to them, making America a beacon of hope, a land of virtue, and a final resting place for political freedom. And above all, never let your revolutionary spirit dim, and let us celebrate as John Adams would say, “Independence Forever!”

James Sullivan is from Garden City, NY. Recently graduated from Harvard with a Bachelor’s Degree in Economics and Government, and now works in New York City. In his free time, he frequently writes about American culture and politics. You can read his other article here.