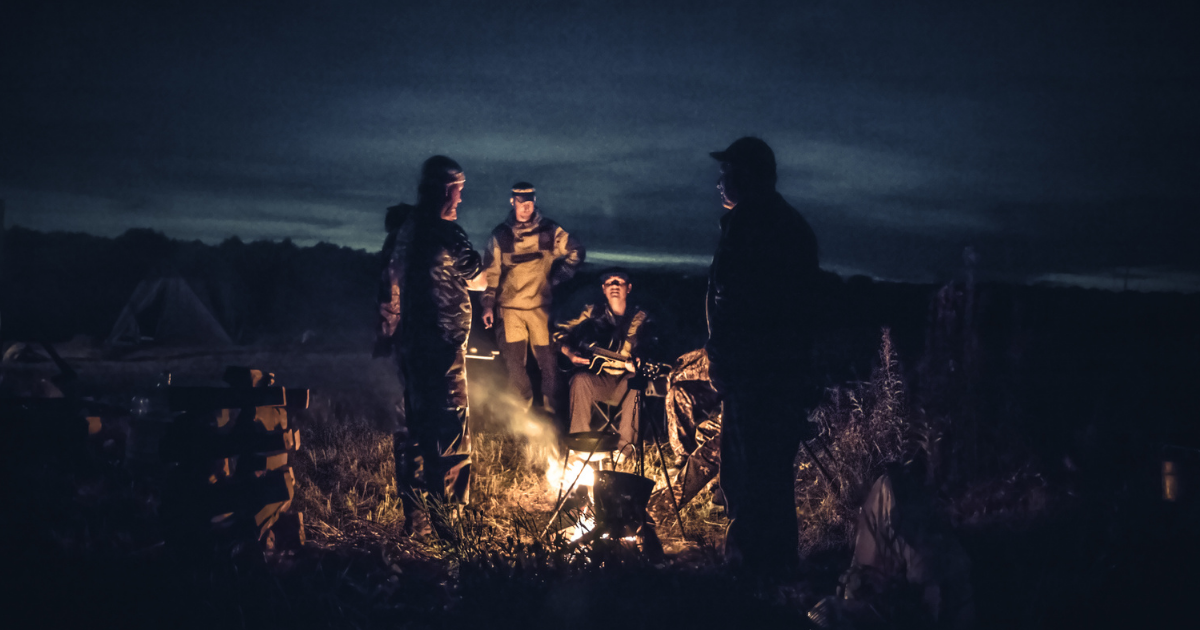 There’s just somethin’ about a bonfire. Something about getting lost in the stillness of the night and
watching the embers gently drift away into the galaxy.

There’s just somethin’ about that fire that carries YOU away. That mesmerizes YOU. And just for a little
while, liberates YOU from that internal torture. From the thought of a sick mother, the job you hate, the
relationship that ended.

To me, there is just something uniquely American about it. I don’t know about all this other shit going
on. The rioting, looting, burning, screaming, fighting, unfollowing, doxing – that’s not America to me,
and I’m willing to bet it’s not America to you either. I get people are struggling. I know people feel
abandoned, left behind, and in some cases, never recognized in the first place. I may be naïve and
idealistic, but I’m not ignorant. I don’t see the world through rose-colored lenses. But, in those moments
behind the fire, I just get lost in my version of America. What’s a bonfire to you?

To me, it’s your friend’s dad tellin’ you about how he used to get fucked up back in the day. What it
means to have a brother’s back. It’s a quick music history lesson – him tellin’ you about Jimmy Buffett,
Bob Segar, The Band, Lynyrd Skynyrd, Johnny Cash. It’s him tellin’ you how Jim Croachie died, how
James Taylor was a heroin addict and how Glenn Frey was a huge dick. It’s him making you and your
friends listen to all 25 minutes of “Alice’s Restaurant” and someone finally speakin’ up and sayin’ “Dad,
no one wants to listen to this shit!” And him replyin’, “SHHHHHH, this guy’s a poet! It’s about war!”
It’s your best friend leanin’ over to you in the middle of Vince Guaraldi’s piano solo and whispering, “if
you can play this song in front of girls man … you’re gettin’ ass for sure.”

It’s you and your friends talking about old movies and thinkin’, “Dang, Tom Hanks got robbed from that
Oscar for his role in Castaway.”

It’s lookin’ across the fire and seein’ an old rusted sign hanging on a tree that says, “Pirates Only” and
thinkin’ to yourself, “maybe I am a pirate. A misfit adrift on the sea of my own thoughts, pillaging the
treasures of my soul. Floating to the beat of my own drum, refusing to conform to the spirit of the
times.”

It’s stealin’ wood from the neighbor’s pile cause “she’s got huuuuuuge logs.”

It’s your friend’s dad playin’ Penn State’s fight song and screaming over the music, “you guys might be
smarter at that Ivy league school of yours, but you don’t got a damn band as good as this one up there!”

It’s him sayin’ “I don’t care how old I am, or how much I’ve made, when I retire, I just need an
accountant to tell me what I need to live on.”

It’s one of your friends secretly placing commercial cardboard in the fire and laughin’ as everyone runs
away when it erupts like a volcano.

It’s a random gust of wind blowing smoke in your face and your eyes tearing up.

It’s beltin’ Shilelagh Law’s “Christmas in New York” in the middle of summer cause it’s too damn good
just to play during the holidays. It’s remembering all the souls that were lost this year, and thankin’ God
you weren’t one of them.

A bonfire is watchin’ your friend’s dad crush bud heavies with a thick pinch of Copenhagen in his lower
lip.

It’s watchin’ him stoke the flame with his bare hands. Calloused hands. Hands that have carried the
weight of the world. Tough, resilient, brittle hands. Hands that have dealt with tragedy and have raised a family from the ground up. And after its time for him to head back inside to the Mrs., it’s him stoppin’,
turnin’ around and pointin’ to you with those same hands and sayin’, “I love you guys and I’m just
blessed I got to sit back here, steal wood and hangout with my son’s best friends.”

It’s makin’ lists in your head of top things that make America, America cause I guess that’s the most
American thing of all, isn’t it?

A bonfire to me is America. And America is a bonfire. A bonfire in the backyard with your best friends
in the entire world. It’s some foreign guy at a gas station named “Honey” telling you how he can’t wait
to watch the snowfall soon. It’s a cop pullin’ you over just to tell you how he loved the way you ran the
ball during last week’s game. It’s walkin’ up to some guy from New Zealand and jokingly asking, “What,
are you from Australia or something?” Only for him to turn around and say, “Screw you. What are you
from Canada?”

It’s a highway interchange that’s larger than most cities in Europe. It’s leavin’ the “g” off words, but then puttin’ the apostrophe so people know you know. It’s sayin’ a prayer, and then goin’ out and gettin’ what you prayed for. It’s watchin’ cars make left turns in a circle for hours. It’s a McDonald’s inside a Walmart with a standalone restaurant just outside the parking lot. It’s peanut butter and jelly sandwiches. End of story.

Behind the fire, during the chaos, the fray, the anguish and madness all around, I find peace in those
things, those simple things. Maybe I am naïve, and to me that’s ok. Tell me about the race war, the
tribalism, the hate politics later, ‘cause when I’m behind that fire, I revel in my version of America.

James Sullivan is from Garden City, NY. Recently graduated from Harvard with a Bachelor’s Degree in Economics and Government, and now work in New York City. In his free time, he frequently writes about American culture and politics. You can read his other article here.