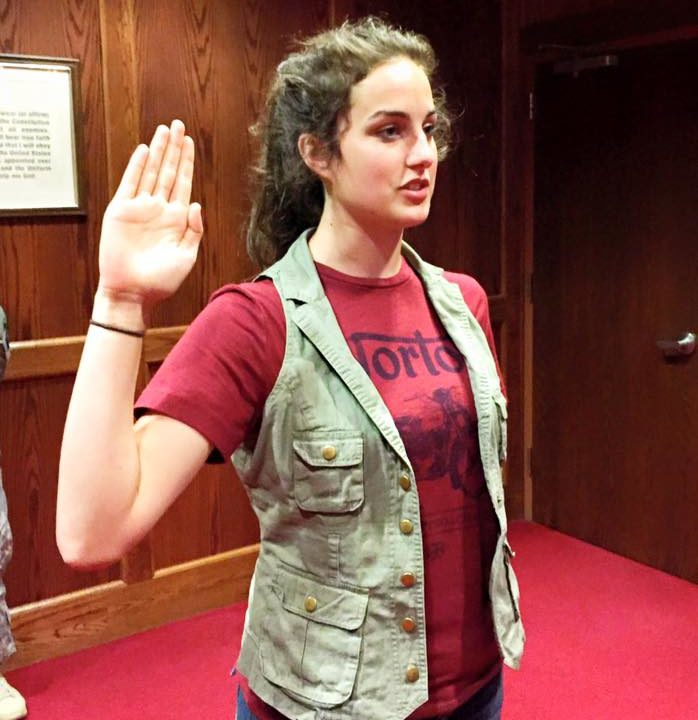 I hope that one day we can shift our thinking about war. I hope that war will one day cease to affect our nation’s children, our brothers and sisters. I hope that one day we unite through linguistics for basic rights.  I know this will probably never occur in my lifetime, at least not globally, but until someone brings a fight to my door, for now I choose peace.  Preparedness however is a different issue.  We have over 300 million people in our country and up until recently only a little less than half could volunteer to fight in a combat capacity.

Oregon, a state which has been one of the first to adapt a counter culture which bolsters their own rights, has now been the first to enlist a woman into a combat arms MOS. In this regard they are the tip of the spear. This is huge. Essentially, the Oregon National Guard has just contributed to history with regard to a subject that most people disagree upon. Who knows if this will work out, but the implications are huge. The days of women being unable to serve in combat openly are over.  Eighteen year old Mackenzie Clark of Damascus, Oregon changed all that. She is the first of her kind. She is the first female combat engineer.

For those of you that don’t know what it means to raise your right hand over that hideous red carpet this may not mean much. If you don’t know what it is like to write a blank check with your life you probably won’t understand this. It probably won’t make a lot of sense but if we believe in freedom then why shouldn ‘t  that apply to everyone. It’s a new time, a new era. It’s time for a new way of thinking. If you have something that others want and you make up reasons to pretend one race, one gender, one category can’t achieve effective and efficient results while at the same time dismissing any attempt of progress then you are part of the old guard.  Oregon’s National Guard and the direction of this nation is a new, and possibly without you.

For those of you that enjoy the thought of a woman that looks like Rhonda Rousey beating the hell out of a dude that looks like Floyd Mayweather you’ll be happy to know that the future is here.  For those that don’t give a crap about stuff like that your nation’s recruitment pool has increased significantly. As of June 16th The United States Army released a directive through Secretary of the Army John McHugh authorizing over 20,000 women to fill the military occupational specialty of combat engineer. It is uncertain if other positions and specialties will be opened up to females but the field of combat engineering should prove to be a solid prediction moving forward.

I’m not so sure I am ready to send my daughter to combat at any point. The thought of her leaving to do what I did, just days after her senior prom make my stomach turn. I’m not sure how I will address it if the time comes. I’m not sure what to think. What I do know is that I want to live in a country where people are free to pursue their dreams. Freedom isn’t defined by gender it’s defined by our intention and if Mackenzie Clark intended to change the world, she has dropped a pebble that will resonate far beyond Damascus, Oregon.