HomeCultureLeadership and the Technical Expert: Why “Direct Commission” of Senior Military Ranks is a Terrible Idea 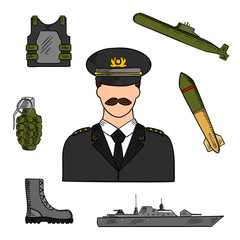 Leadership and the Technical Expert: Why “Direct Commission” for Senior Military Ranks is a Terrible Idea
by Leonard Benton

During his time as Secretary of Defense, Ash Carter was looking to beef up the military ranks in key areas by directly commissioning individuals based on their resume and pulling them into the service via direct commission at ranks up to O-6 (colonel in the Army/Air Force/Marines or captain in the sea services).

Once again we see that our civilian oversight has no clue what they are talking about and in a placebo effort to solve the problem, will actually create more. This is the military, not a civilian company. Life and death is part of the daily operations and while the supposed intent behind this is to bring more skilled individuals into technical fields, the main point of failure is that rank in the military is also equated on a one to one scale with leadership.

I have seen this type of incentivized promotion system before and it does not work well. When you see rank, there is an expectation of intrinsic military knowledge and skill expected of that rank. I saw, as a young E-5, individuals join the Army and being accessed to the rank of E-5 in Basic Training because they were going to become helicopter pilots.

The confusion created, because they were expected to know things they had never been trained on, was coupled with the fact that some tried to exercise authority based on rank, when they had no experience to fall back on. Had they been SP5s (Specialist 2nd Class or Specialist-5, a now-defunct rank), no one would have noticed because nothing would have been expected.

The importance of rank achieved through individual excellence and experience is part of the reason we have the system that we have. I know there are bad leaders and we have a morale issue in the military today. Adding people who do not understand the basic requirements will not fix this.

I think, if this is the plan of action from the Pentagon, that they need to revise the Specialist Ranking system [editor’s note: site non-functional 25 Jun 2019] that was done away with in 1985 and widen the Warrant Officer track to include specialties that are currently not part of the process.  Currently, the only Specialist rank in the Army is the E-4 and this position can also be held by an Army Corporal. The Marines do not have a specialist rank. The Marines see an E-4 as a Corporal, a junior NCO, and that is all.

The reason is, NCOs are expected to be leaders at the small unit level. Marines demand excellence before they will award Corporal stripes, the Army decided that they needed a step where a promotion equals an increase in responsibility but does not merit a full promotion in rank. Personally, I think this is a good thing. The Army gives a chance for advancement in grade while also providing a wider opportunity for advancement to the NCO ranks.

Another important fact is the visual representation of military rank. The Specialist rank is visually different from the Corporal rank even though the base pay is the same for years of service. No one really expects anything from a Specialist, however, both the Army and Marine Corps demand leadership out of Corporals. The Navy and Marines do have a Limited Duty Officer [editor’s note: site non-functional 25 Jun 2019] position which does fill the role of technical expert outside the normal military schools, however they are still expected to demonstrate leadership, which may not have actually been developed and the rank symbols are the same.

There is only one way to learn military culture, start at the bottom and work your way up. Direct enlistment or commissioning to senior grades denies the individual that processes of development while at the same time expects them to handle leadership duties. This is not a recipe for success. If all the Sec Def wants to do is attract talent by having a larger starting salary, the specialist and warrant system is the way to go without screwing up the system.

I agree with bringing technical experts into the military. We need them for two reasons. The first is a cost saving measure. If we have the personnel, then we don’t need to contract out or have a civilian position which will require more salary and less military control. The military cannot order civilians to do things the way they order soldiers. Secondly, the military needs the in house knowledge in a package that is understood and managed by leaders, a deployable package that can be utilized at a moment’s notice exactly because they are members of the military.

The military currently allows medical personnel with the appropriate qualifications to direct commission into positions in the medical field. The problem is not specifically the commissioning, but the fact that they are also expected to be leaders. I have worked in the military hospital structure. Qualifications on the medical side do not equate to military or any other leadership attributes. Medical units are notorious for not understanding good order and discipline outside their medical duties and sometimes inside it. Chain of Command is a difficult thing to manage when you have senior officers who don’t understand Army policy, procedures, or necessities of service. M.A.S.H. was a comedy but the reality of the behavior is actually very close when you have civilians in uniform who don’t have a damn clue what they are doing as soldiers.

The same applies to the JAG Corps and Chaplains. Being an expert in the job field does not translate to being a knowledgeable individual in the military. And the military absolutely needs to have both. Even a Chaplain needs to understand how the military works with experience only gained by working their way up instead of just being handed the rank. Just because you are a lawyer does not begin to make you understand the Uniformed Code of Military Justice or how to behave as an officer.

The first responsibility of all service members is to be a Soldier, Sailor, Airman, or Marine first, everything else second. You build that cohesion and understanding over time not just by appointing people to ranking positions.

In order to fix it, because we do need a way to attract talent, re-activate the specialist ranks for the enlisted side and open up the Warrant Officer side to more specialties and increased rank as well. This will allow for a direct enlistment or appointment to a specific paygrade based on duty skill, while removing the potential conflict related to ability to lead or understanding the intrinsic nature of the military. NCO’s and Officer’s will still lead, the Specialists and Warrants can just do their technical duties with their only worry being to follow orders for the basic soldier’s skills.