HomeCultureCelebrity Deaths Magnify the Silence on Our Nation’s Fallen 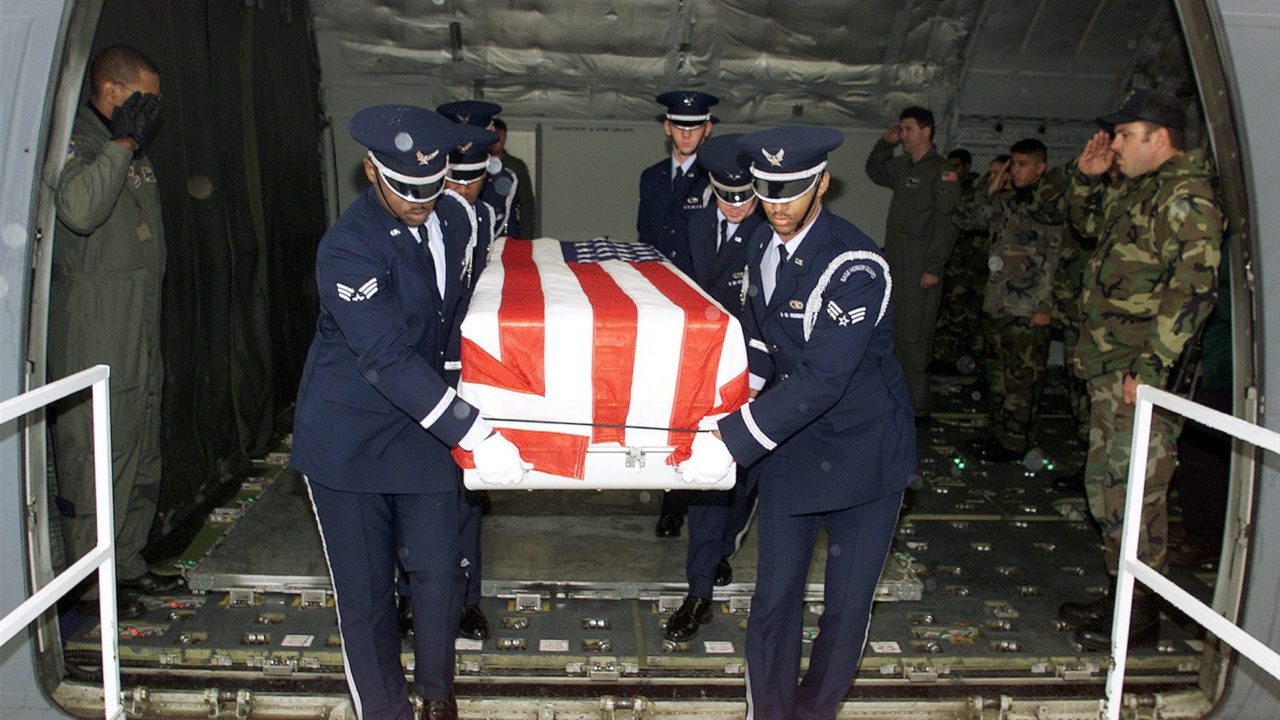 Anyone, military or civilian, with connections to the military community, can relate to the feeling. A servicemember tragically passes. We feel the sting of another life lost. We think about the family; envision how their lives were turned upside down in a heartbeat. We imagine the pain of their brothers and sisters in arms; the teammates who will forever look back on that day in resonances of significance intimately personal to only them. Last conversations, lingering memories, layers of meaning.

For those of us who have experienced the loss of a servicemember in any capacity, we don’t have to know the soldier, sailor, airman, or marine who passed in order to feel that intimate familiarity with their sacrifice. We know. We know the fallout that awaits. We envision the grief of the newly minted Gold Star Family and think about the children who will have to use their imagination to feel the presence of a missing parent at all of their future life milestones. Above all, we revere the gravity of their final sacrifice.

This is why we try to share the news: to honor them, even if we did not know them, and stand in solidarity with respect for all that they died for. It’s a small, even superficial gesture to share the news on social media. But we still do it. First, we post the breaking news story, and then we wait until the fallen have been named. Then, once their names and photos have been released, we share again. In the online community, those with ties to the military community will voice up to show their respect, and you will see the reactions of those friends. They are thinking about the news, too. They don’t take it lightly.

But what shouts perhaps even more loudly is the silence. The missing reactions of those who can’t even muster the interest in the loss of a fallen soldier to click “Like.” Our pictures of the fallen will become some of our most unliked posts. If social media can be used as an accurate metric to judge the relevance of the news that we share, for many of us—especially within the civilian population—our reflections on the loss of military lives will fall on deaf ears. Or, perhaps, blind eyes; we imagine everyone we know scrolling through the news feed right past the pictures of the young, uniformed service members, solemnly posed in front of the flag that they serve. Like watching the cars of a passing train, the images must fly past their eyes. Not attention-grabbing enough.

It is disheartening. Beyond disheartening; heartbreaking. It makes us question things. We wonder why no one seems to care. Are they too busy? Too wrapped up in their own lives? Has a 20 year-long Global War on Terror fallen so far from their radar of what’s going on in the world that they forget we are even at war?

But then a celebrity dies. In spectacularly tragic fashion, no less. And the entire American population appears to be thrown into a tailspin. Kobe Bryant? How can it be? Yes, it’s terrifying to be forced to confront the inevitability of human mortality in such a raw fashion, imagining our sports hero burning to death in the fiery wreckage. If money and fame—the gods so many Americans worship—can’t inoculate him from tragic mortality, what hope is there for anyone? A population that spends millions each year chasing eternal youth and worshipping youthful media figures is forced to confront the uncomfortable reality: everyone is going to die one day, some sooner than others.

In military circles, it doesn’t take a celebrity’s passing to be reminded of this. Death is an everyday reality. It is close; it breathes down your neck. Brushes with death, chasing death (or being chased by people who want to kill you), holding close the people who have been touched by death, the faces of death and its bloody aftermath…we don’t need to hear the horrifying news of a favorite celebrity going down in flames beside his daughter and 3 other tragic figures to be reminded that death is inevitable. We already know that death awaits us all.

So, it is reasonable to empathize with the American public who is grappling with this new, uncomfortable, and forced confrontation with death. Kobe is gone, and he is being publicly grieved. People say he was their hero; an inspiration. And in the outpouring of concern that Kobe and his family have received and will continue to receive in the wake of this tragedy, one question is on the military community’s mind.

America has plenty of fucks to give. We’ve seen that now in the way that they’re mourning Kobe. If the deceased is important enough to them, they will pour out every last fuck that they have publicly mourning that person, touting their virtues, and honoring their memory.

Why, then, can they not seem to muster that same level of concern for our fallen servicemembers?

America, the cat is out of the bag. Everybody now has seen that you are fully capable of mourning the passing of someone you never knew. You are able to imagine that family’s pain and grief; the painful first steps of their future without their loved ones. You’re doing it for the Bryants, and you can do it for others.

Now, please take what you’ve learned from Kobe’s passing, and remember that next time you scroll past that nameless face in uniform.

Years ago, when I was working to raise funds for the SEAL Future Foundation, part of my job entailed educating the public on the needs of that community. It was shortly after the loss of Extortion 17, and it was shocking how little anyone in this country knew about that staggering event. The loss of 31 heroes, many of whom were from an “all-star team” of some of our military’s most elite units. “If the entire NBA all-star team went down in a plane crash,” I would try to explain, “Every person in this country would be able to name who was on that flight. Try to imagine a helicopter loaded with people that exceptional, who train and perform at the exact same level as professional athletes, but who do so for a fraction of the money, fame, and notoriety.”

I had no idea how horribly prophetic my chosen analogy would become a decade later.

If we, as a nation, could only come to embrace an understanding of our servicemembers that defines them in such terms. If we understood that every time we enjoy an NBA game, we can rest comfortably in that arena knowing that we are relatively safe, in part because of those whose work overseas unravels the terrorist networks who would happily blow the Lakers game sky high if given the opportunity.

If we could begin to see things in these terms, we might be able to muster more compassion for those faces in uniform standing before that flag. We would recognize them and their capabilities, honoring their choice to serve (professional sports are certainly one way out of an impoverished childhood, but for every NBA player who inspires us because he “made it,” there are hundreds more who came from a similar background, chose a path of service, and also “made it”).

Nobody’s life matters more than anyone else’s. Whatever ultimate balance is to be weighed after death is in God’s hands. No one death “deserves” to be mourned over another; nobody is saying that Kobe Bryant should not be mourned.

But we have now seen America’s capacity for mourning. For empathy. It is vast.

It is an imperative that cannot be brushed off, and it is a worthwhile endeavor to remind your fellow Americans of this accountability.

Complacency and indifference are no longer acceptable excuses.