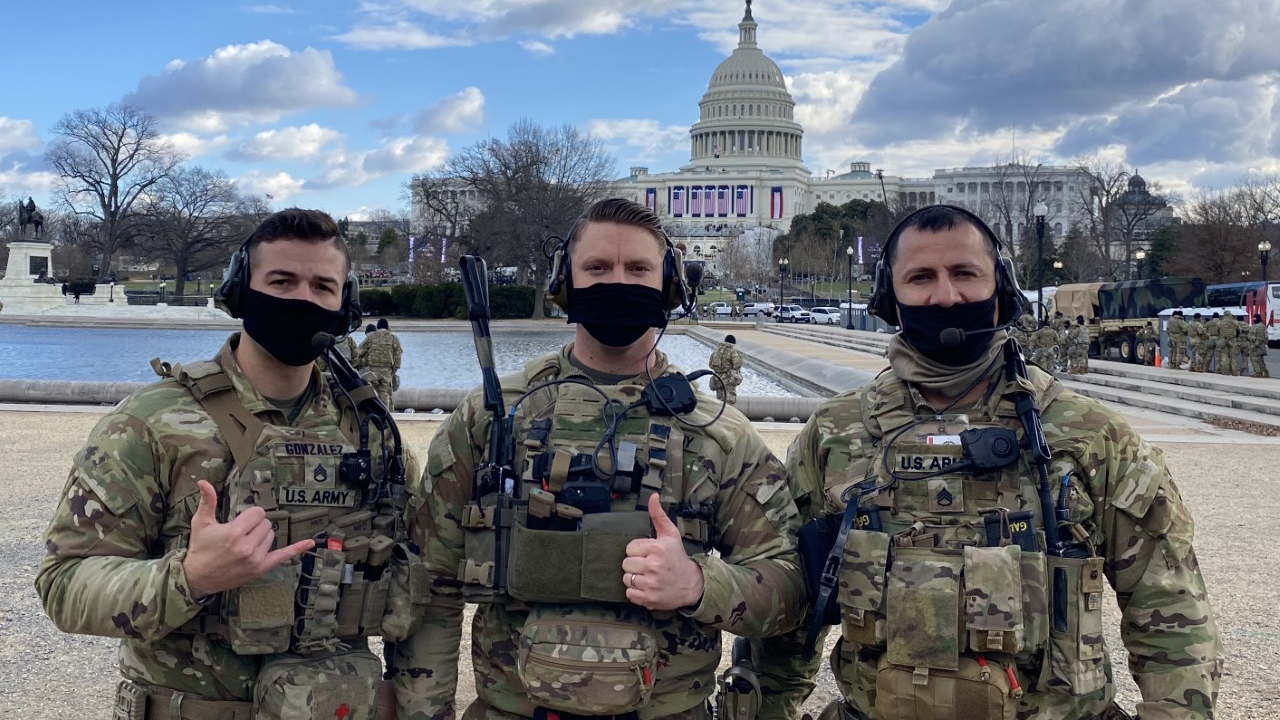 A couple of days before the 2021 Inauguration, we were activated to Washington, DC to defend the nation’s Capitol. As we crossed into the city limits, there were no civilians to be found. Only law enforcement vehicles at every corner with flashing lights, blackout Secret Service at every direction, Guardsman manning TCPs and perimeter security to the newly implemented fences with C-wire. As soon as we hopped off the buses, and entered the Capitol’s marble chambers, we got in a mass formation and raised our right hand. And then, we began to give the oath to defend the Constitution of the United States from our enemies, foreign or domestic.

I have done numerous tours overseas: From peacekeeping missions in Kosovo to running combat missions with ODA in Afghanistan. And of course, the miscellaneous overseas training missions with partner forces in different parts of the world.

While I was standing at attention with my palm in the air repeating the oath, this was the first time in my life and military career that I reflected on all of the things I have gone through since my initial swear-in at MEPs. I was thinking about all the different people I have trained with, all the pain I have put my body through, all the death I have encountered, and everything that I have experienced while wearing the American flag on my right shoulder.

For the first time in a long time, I’ve had the same feeling I had when I was in 5th grade, watching the planes hit the twin towers in New York City. 9/11 is the reason I joined the military. Even as a young boy, I wanted to shoot bad guys in the face.

But this was different. We weren’t hunting down Taliban or ISIS. We were at our Nation’s Capitol facing other Americans with different objectives. Though we were the “pawns” of the overall picture and mission set of this operation, it made me realize that we weren’t there to protect politicians and their bullshit games. We were there to safeguard the Constitution of the United States. Something that our founding fathers and so many other patriots have died and fought for since the beginning of this country.

As we were on our final stanza’s of swearing in and I was concluding my final thoughts, I thought of the craziness and political divide that our country is going through. The different ideologies draw the line between us. The shift in direction that the new incoming president & administration was planning to take us. This was just the beginning, with many more orders to follow.

The only question is… Where do I draw the line?

Only time will tell.