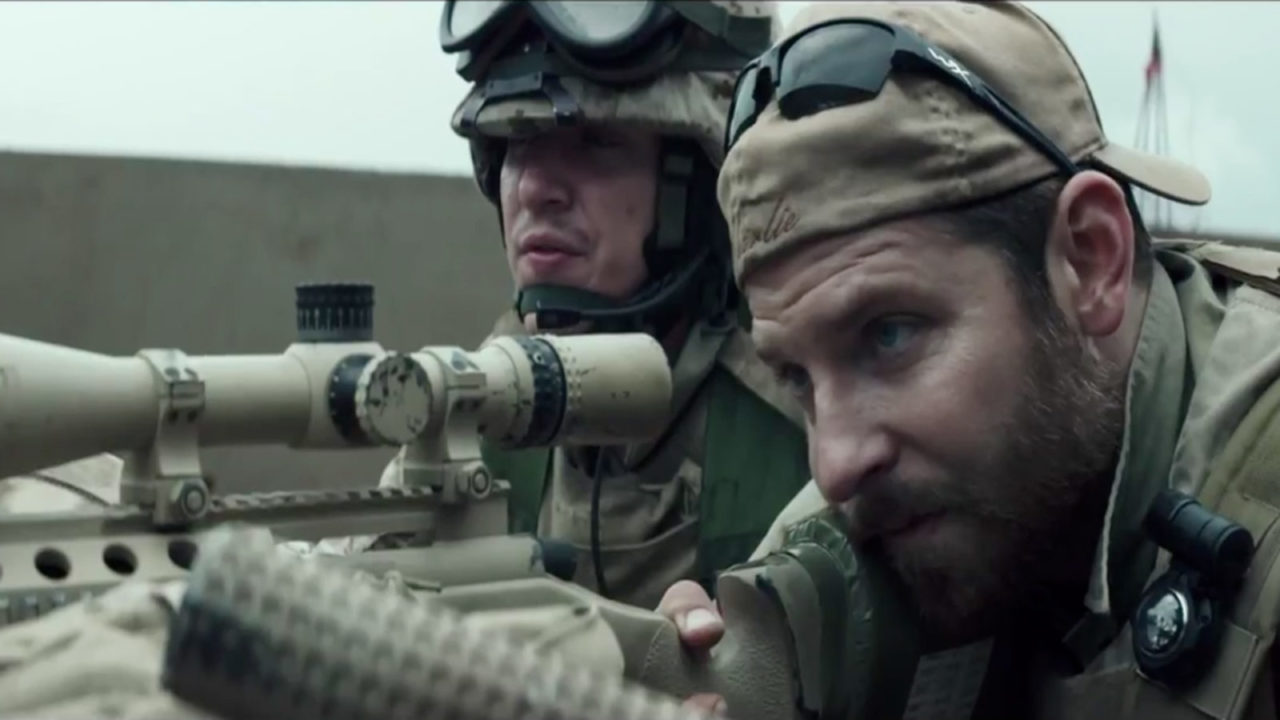 I never used to be someone who watched The Academy Awards, but since I am producing three different projects this year, I figured I should tune in and see what is considered ‘excellent’ in the film industry. Like most of my veteran brethren, I was curious to see how American Sniper was going to fare. Based off the reactions I am seeing on social media… I don’t think I share the same opinions as most of my peers on how the movie was received by the Academy.

American Sniper was a good movie, but not great. Throughout the movie I saw scenes that were incredibly brilliant, and others where I wondered if anyone even showed up to work that day of shooting. They absolutely nailed the extremely difficult to capture feelings and emotions of coming home from war, and separating from service. The interactions between Kyle and his wife were spot on, and were some of the most powerful of the movie, or any movie I had seen as of late. It’s very difficult to capture those emotions and feelings on camera without coming off as corny or cliché, and for that I respect the movie.

Where did they go wrong? Almost every single combat sequence could have been much better. As far as war movies go, it was very underwhelming. Now, don’t get me wrong, there were definitely parts that had every muscle in my body tensed up and adrenaline coursing through me. But it just did not compare to the combat sequences in Black Hawk Down, Saving Private Ryan or even the lackluster Lone Survivor. The combat scenes were rife with clichés, and some of them were just flat-out way over dramatized. That scene towards the end of the movie where the sand storm rolls in and the convoy takes off without Chris Kyle, so he has to chase after the vehicle – arms outstretched – and eventually hop on? Give me a break. A movie that receives the Best Picture nod needs to get everything right, and American Sniper fell far short of that mark.

What made American Sniper special was Bradley Cooper’s performance. I really was rooting for him to win Best Actor, and was disappointed when he didn’t. It’s rare to see someone so dramatically transform into another person, and portray them in a way that even Kyle’s friends and family said they, at times, forgot it wasn’t Chris on screen. That’s powerful. What Cooper pulled off was not easy to do, and his performance outshone the direction of the film by Clint Eastwood in a big way. Cooper will have his day though, if anything this movie showed just how capable he is as an actor. Also, it looks like he is becoming the next Gary Sinise based off of how passionate he has become about veterans causes.

That all being said, there were some great and deserving movies nominated this year. Just being nominated for an Academy Award is a very big deal. If a movie were being “snubbed,” it wouldn’t have even been nominated in the first place. It’s not a contest of which made the most money (if it were, Marvel would mop up the competition almost every year), it is supposed to recognize films and film makers for excellence in their trade. In that regard, I thought everything that was nominated deserved it; just look at Boyhood for example. That movie now holds the record for longest production time in the history of film, as it followed actor Ellar Coltrane for the last twelve years – starting when he was six years old! Truth be told, I thought Fury or Interstellar deserved a nomination for Best Picture over American Sniper. Fury didn’t receive a nomination for anything, despite some amazing performances and gut wrenching combat sequences. If you’re going to be mad, be mad about that! And before you criticize Birdman for winning Best Picture, consider how difficult and innovative it was to write and produce a feature length movie using the single shot method (where the film simulates the movie as all being shot in one take). That alone would make even the most seasoned filmmaker shake in his or her boots. I applaud what they accomplished even though the film only made 35 million domestically; they set the bar high for future films and showed that innovation in Hollywood is not dead.

At the end of the day, we must not rush to judgment on the basis of one film not being awarded the most prestigious award in the entertainment industry. It wasn’t a snub to warfighters or the veteran community, and it’s not due to the industry’s liberal leaning philosophies. Crisis Hotline: Veterans Press 1 received an Academy Award after all, which shows that veteran’s issues are receiving attention at the highest levels. Chris Kyle and his story evoke a lot of emotions in our country – and rightly so. But, we must be able to differentiate between emotional attachment to a person and/or their story, and the movie that was actually made. The Academy Awards judge the movie made, not the person it was about.