HomeNationWatch Out! American Sniper Chris Kyle’s Murderer May Have Been a Muslim Convert. Or Something. 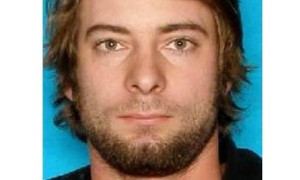 “Chris Kyle’s Murderer May Have Been a Muslim Convert!” blared a recent headline. Knowing what I know about the circumstances of Chris Kyle’s murder, I would ordinarily brush this off as another wild Internet conspiracy hoax . . . except for the source of the story: Allen West’s blog, “Steadfast and Loyal.”

Allen West is a US Army combat veteran and a former US Congressman from Florida. Aside from some questionable decision-making when it came to a certain Iraqi detainee, I’ve been generally impressed by West’s insight, professionalism, judgment, and patriotism. I’m a fan of Allen West and frequently read articles posted on his site. Until, that is, he wrecked his credibility with me by allowing a train wreck of a story about Chris Kyle’s murderer, Eddie Routh, on his site.

As an editor of a news site myself, I realize that editors take a chance when posting breaking stories or relying on other sites as primary sources. It’s always a risk because it’s impossible to verify every link, every thought, and every motivation of someone you don’t know, especially when you’re under a deadline. At the same time though, I have a responsibility to exercise due diligence and fact-check articles before I associate them with my name or more importantly our site’s brand. I hold other news outlets to the same standard. So when a site allows something so incredibly far-fetched as to rise to the level of pure, unadulterated click-bait BS, it makes me re-evaluate my relationship with them.

And “re-evaluating” is where I am with Allen West’s blog after reading the article by his editor-in-chief, Michele Hickford. The lede had me hooked:

But perhaps there’s another version of the story no one wants to talk about. What if Routh had been converted to militant Islam in Iraq and sought Kyle out as retribution?

Ooh! Breaking news on the Islamic threat everyone has been warning us veterans about! Tell me more!

. . . but the story completely falls apart thereafter. As best I can tell, the logic for making the case that Chris Kyle’s killer, Eddie Routh, is an Islamic convert is the following:

1) he killed Chris Kyle
2) he was a rear-echelon “fobbit” during the war so he couldn’t possibly have PTSD
3) his crappy hipster facial hair is “Islamic”
4) he empathized with the detainees he was guarding as part of his job downrange.

So, Allen West expects us to believe that Eddie Routh killed Chris Kyle because he was a Muslim convert, as evidenced by his misgivings about the war in Iraq, a specious claim of PTSD, and the inability to grow an epic beard. Got it. Well folks, that makes about as much sense as an article I once read about attractive women being forced to get out of the Army.  Except this one about Chris Kyle’s killer is supposed to be true.

Lots of people empathized with the people we were fighting against, or expressed doubts about the war in Iraq. I was one of them, and like Routh I spent time on the FOB at Balad. But that didn’t keep me from doing my job, and it certainly didn’t drive me to convert to Islam and kill any of my fellow veterans. Pat Tillman too had doubts about the war, and I doubt anyone would suspect him of being a Muslim convert.

In the article posted on Allen West’s site, much is made about the fact that Routh served on a big, comfy forward operating base, or FOB, during his time in Iraq, so there is no possible way he has PTSD. That’s dumb as hell. First of all, we have no idea what he actually experienced overseas, and there are numerous ways that even a FOBbit can get PTSD. Furthermore, most people diagnosed with PTSD are NOT combat veterans.  PTSD affects everyone differently. I deployed a half-dozen times and have zero symptoms. Others of my peers did much less time downrange, but their symptoms are much more acute. Even though people can and do make fake or sketchy PTSD claims, that doesn’t automatically make them Islamic terrorists. It just makes them terrible human beings.

The next “clue” that Routh is an Al Qaeda sleeper agent is . . . his facial hair. According to the article, the fact that Routh has the makings of a full beard and only a wispy moustache is evidence that he has converted to Islam.

Let’s check out the pictures of a couple of high-profile Islamic extremists and see what their facial hair situation is like.  Remember, we’re looking for a full beard and a shaved mustache. Ready? Go. Abu Musab al Zarqawi . . . nope, pretty good lip hair going there.  Anwar al Awlaki . . . hmm, no he’s got a ‘stache too. Wait wait, I’ve got it, Osama bin Laden . . . what the. . . not him either? How is that possible? I’ve got it, maybe these guys are just not as “extreme” as Routh is? Or, perhaps more realistically, maybe Routh simply doesn’t have the porn ‘stache gene that allows him to grow out the ol’ crumb catcher.

So maybe Routh was some kind of Islamic sympathizer . . . or maybe he was simply bat-shit crazy. Based on actual evidence and more credible news outlets, I’m more inclined to believe the latter.

Look, I’m no apologist for Islam and I don’t know all the facts of this case. But I do know that if all it takes to be considered an Islamic sympathizer is claiming PTSD, having internal conflict about the war in Iraq, possessing shitty facial hair, and/or making poor life choices, then we need to just go ahead and put about 2/3 of our veterans on the watch list right now, because one or more of those things could apply to just about all of us.  And if all it takes to be featured on Allen West’s blog is repeating something that someone else completely made up, then I’m even more glad I work for Havok Journal.