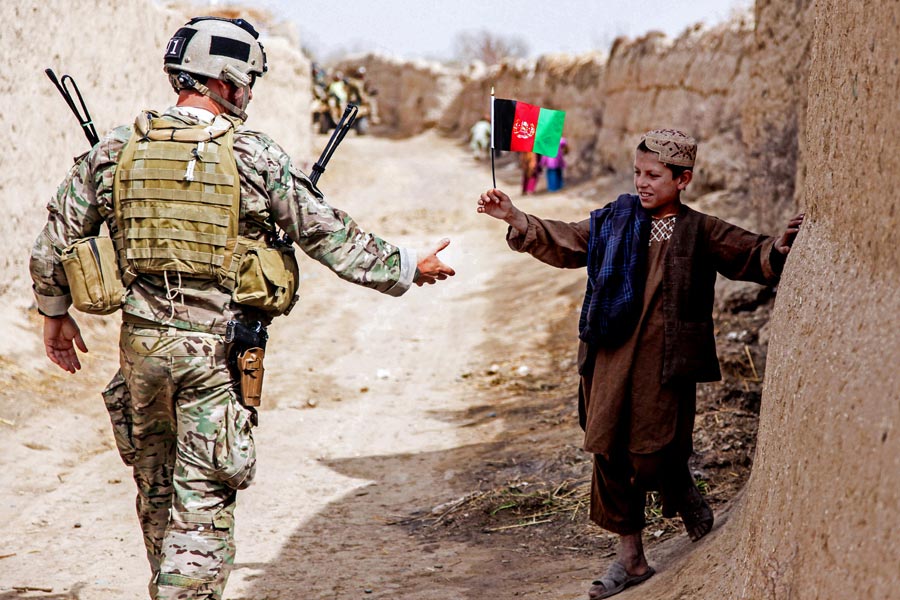 This article won’t go viral because I am not the one that should be writing it. I am not an academic at an institute of higher learning; or a social justice warrior fighting on a daily basis for equality; or a music star with a huge following; or an actor with a platform; or an athlete; or a religious leader. I am a retired Army Ranger, who imagines a better society. Though this won’t go viral, maybe others who fit the above descriptions will take the message and carry it forward.

In the wake of tragedy, we need to be thoughtful of our comments, and reflect carefully on what “needs” to be said, vice knee-jerk reactions with statements that either support our agenda, or only serve to satiate our emotional state. In response to recent tragedies, people are asking “what is wrong with society today.” While this is a trite, and generalized statement, we need to look no further than ourselves for the answer. It seems too simplistic an answer, but it is the place we have to start.

You see, it’s not all about our raising of children, or parenting. Those are the “too easy” quips that allow us to point our fingers at others, believing we have it “right.” In parenting, most of us do the best we can. We can point to video games, song lyrics, violent movies and TV, again, focused not on us, but on “them”, and blame others. However, wouldn’t it make sense to look at the human environment that we set up for our children – not how “things” like media, music and games portray humans, but how we treat each other daily. Why might society seem to be getting worse – simply look at how we treat and value each other.

In our daily interaction with each other, how much thoughtfulness is there in our engagements. Frequently, we are so wrapped up in our own world that we either ignore others or treat them poorly. At a time when being offended is almost a requirement of today’s society (again focused on how “we” feel and not how others feel), we are concerned about the appearance of offending with our words but continue to be offensive with our actions. Our problems today can’t be legislated, or “fixed”, by others – they need to begin with us. It is not just about guns, media and music, it is about how we act on a daily basis.

How about we worry less about offending people, or being offended, and think about being good to each other – there is a difference.  Being good to one another doesn’t have anything to do with religion, or gender, or race, or sexual orientation. Being good to each other is valuing the human in others. While our nature is to preserve ourselves, we know that society requires us to be good to one another. Whether you’re a politician, an athlete, an actor or you’re just the average person on the street, we all just need to stop the cycle of back-and-forth name calling and insults, and just be kind to each other. If we don’t, it will become the norm and we will continue to spiral downward.

But hope is not lost, and it is certainly not to late – we can change this right now – today – and here is the call to action. Be deliberately kind. Instead of name calling, insulting others, or making snide comments, be thoughtful, empathetic, compassionate or even curious. We don’t all need to be saints, we just need to consider others before we speak and act.

Whether you are the President, or a talk show host; really famous, or Instagram famous; Republican or Democrat; religious or atheist; et cetera, et cetera, just try being kind to others – not because they are kind to you, but because that is what is right.  We won’t be perfect at this, but if we try, we might actually make the world a better place – or at least better where we can.

This first appeared in The Havok Journal October 31, 2018.

LTC (Ret) J.C. Glick is a leadership consultant, Partner and co-Founder of Prodromos Leadership Team, who advises at the strategic, operational, team and individual levels. He has a strong background in leadership development, executive personnel assessment and selection, strategy, coaching, counseling and developing innovative solutions to complex problems.

JC served in the U.S. Army as an infantry officer for 20 years, primarily in special operations and special missions units with more than 11 combat tours. Since retiring from the military, JC has brought his innovative and unconventional thoughts on education, leadership and resiliency into the private sector, consulting with Fortune 500 companies, the NFL, NBA, NCAA and professional sports teams including the Denver Broncos, Carolina Panthers and the Charlotte Hornets.

He recently wrote and published the thought-provoking, groundbreaking book titled “A Light in the Darkness: Leadership Development for the Unknown”, which has been implemented by major corporations including the NFL and Microsoft and endorsed by leaders in the field of education, sports and entertainment, business and the military.

JC is considered a thought leader in adaptive and proactive programs of instruction centered on the development of leadership behaviors and values suited to dynamic environments and situations of ambiguity and adversity. JC recently developed the “Prodromos Developmental Model”, a capacity-building system designed to develop people and leaders for the future, which is outlined in his book. His methods have been featured in Forbes Magazine and the Huffington Post and his work has been referenced  in Forbes, Inc. and Entrepreneur.

JC has earned 3 Bronze Stars, 3 Meritorious Service Medals, a Joint Commendation Medal, and the Order of Saint Maurice. He is a Liberty Fellow, a part of The Aspen Institute and the Aspen Global Leadership Network.