HomeWorldAsiaUS Navy To China: “F— Your Exclusion Zone, We Do What We Want!” 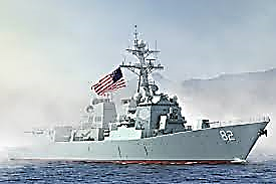 “We will fly, sail and operate anywhere in the world that international law allows.”
-US Department of Defense 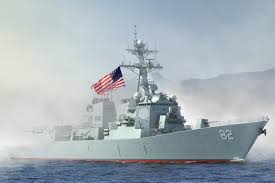 In a bold signal of American political resolve and military might, the President directed the US Navy to send a destroyer into a contested area of the South China Sea, where Chinese military forces have been creating artificial islands to bolster their territorial claims in the region.

The destroyer traversed contested areas in the Spratley Islands region off of the coast of the Philippines, traveling well within the 12-mile “exclusion zone” China claims exists around their newly-created territory.  But the US, and several other nations in the region, consider the Chinese moves illegal, provocative, and potentially destabilizing.

The US Navy’s moves sends signals to Beijing that their ambitions to lay claim to various areas in the South China Sea, and the natural resources surrounding them, will not go unchallenged.  For its part, China at first downplayed the US move, then claimed it was “a very serious provocation, politically and militarily.”  Whatever the case, this is probably not the last naval faceoff between the US and China.