HomeCultureNavy Backs Out Of Army/Navy Boxing Classic (Again): “The Most ‘Beta’ Thing I’ve Ever Heard” 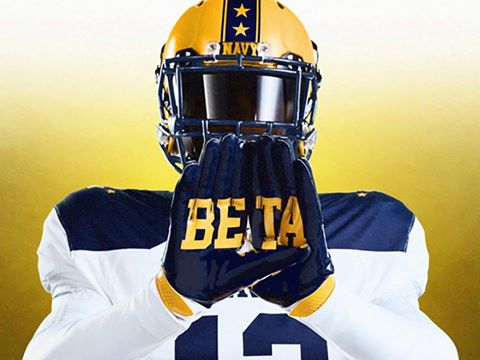 Editor’s Note:  This article about the Naval Academy backing out of the the annual boxing classic against West Point was written last year, but apparently Navy has backed out again.  Maybe they, like their football team, can blame it on their uniform shoes.  #Beta

The United States Military Academy at West Point vs. The United States Naval Academy at Annapolis… it’s a bitter and time-honored rivalry.  For the last dozen-plus years, heavily-favored Navy has come out ahead in the annual Army-Navy football game… but at least both sides turn out to play.  Unfortunately, the same thing can no longer be said for Navy boxing.

Citing unspecified safety concerns, Navy has apparently bowed out of this year’s Army/Navy Boxing Classic entirely.  That’s understandable; Army has completely dominated the competition, which is part of the lead-up to the annual Army/Navy football game.  No one likes to get beat year after year, right?  So why not come up with an excuse why you can’t do it anymore?

I get why Navy tapped out without even showing up this year.  But as you might expect, the news didn’t go over well with Army, which responded in typical fashion, with a spirit video:

No more Army/Navy boxing.  “Honestly, that’s the most ‘beta’ thing I’ve ever heard.”

Not willing to overlook such outright beta-ness, West Point’s highest-ranking cadet, the First Captain, called out Annapolis’s Brigade Commander, and gave him a chance to redeem the Naval Academy’s honor with a little mano a mano in the ring:

“Squid Commander: I challenge you.”

Wow.  Well, I mean, after getting called out like that you HAVE to fight.  If I were Navy’s Brigade Commander, I’d be lacing up my gloves and cuing the Rocky theme music.  I’d be PISSED.  And regardless of who won the football game, I’d be on the road to West Point as soon as the clock expired.  I mean, because like I said, after getting called out like this, you HAVE to fight.   Right?

Oh look, Navy responded to the First Captain’s challenge.  Let’s see what they have to say:

Navy’s choice of terms for the duel is… a pillow fight?

Wait, I don’t get it.  Your boxing team–a team that literally trains to fight–backs out of fighting your biggest rival.  Then, you get challenged to a duel by your arch-nemesis, which usually means you get to choose the terms.  So in response, you make a video challenging them to a pillow fight?  What the hell, Navy?

Oh, OK, I see what you did there.  That’s a reference to the pillow fight Army had earlier this year.  How… cute.  How… beta.

Look, I know, it’s very clever to bring up an event that you think makes West Point look 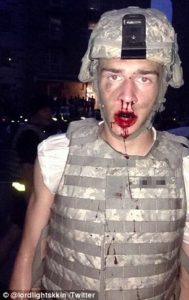 bad.  But, um, did you see what they did to people in that pillow fight?  You do know that’s why they got in trouble, right?  You’d probably be safer boxing it in the ring than you would be in a pillow fight in Central Area.

But hey, if you do decide to show up at West Point, go ahead and bring your pillows.  And wear your white socks under your unform, so when you surrender to West Point like one of your grads did to the Iranians, you can at least be consistent.

All kidding aside, if there were safety concerns for Navy about continuing to participate in a boxing tournament against Army, then they absolutely made the right call.

Safety has to come first, even if it does make you look a little “beta.”