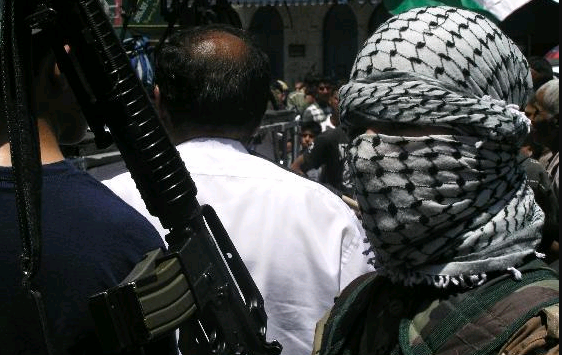 “It is forbidden to kill; therefore, all murderers are punished unless they kill in large numbers and to the sound of trumpets.” – Voltaire

“A nation that cannot control its borders is not a nation.” – Ronald Reagan

“Nations whose nationalism is destroyed are subject to ruin.” – Muammar al-Gaddafi

Many have often characterized contemporary nationalism as rooted in bigotry, xenophobia, colonialism, and other acts of oppression, including genocide, primarily due to the association with fascist and totalitarian regimes, such as Nazi Germany, or numerous modern violent extremist groups. One can more accurately define nationalism as the identification, advocacy, political independence, and support of one’s nation, state, or people and their interests. However, nationalism often coincides with the marginalization or disadvantage of a rival state or ethnic or religious group. Nationalism, by its very nature, creates social identity in-group/out-group competition, rivalries, and conflicts, developed through the propagation of solid social network community bonds. To this end, nationalism can both fuel and limit intergroup violence and is entirely dependent on how it is applied and the dynamics of the conflict.

Nationalism has been a recognized component of Social Identity Theory since the Thirteenth Century with notable proponents such as William Wallace, Robert the Bruce, and Jeanne “Joan” d’Arc. However, it has become most notable throughout much of the Twentieth Century as anti-colonial insurgencies and revolutions became prevalent. Much of what international security experts defined as the Second Wave of modern terrorism is closely tied to nationalist ideological motivators as the self-identified “freedom fighters” sought to absolve themselves from colonial rule (Rapoport 2019). In the case examples of Israel, Cyprus, and Algeria, to name but a few, nationalism-fueled intergroup violence led to the eventual reduction of conflict between the rival parties.

The Northern Ireland conflict often referred to as “The Troubles,” has a long history but is most commonly associated with the Second Wave terrorist organization, the Irish Republican Army (IRA). Despite the 1998 peace agreement and a dramatic reduction in violence, a great deal of intergroup conflict exists between Catholics and Protestants within the nation. Still, one can directly correlate sectarianism in that state to the latter, tying to the imposition of British reign and the former to the ideology of the majority population (Schmid and Muldoon 2015). The Troubles, on its face, may appear to be solely a sectarian conflict but in reality, but is more closely founded in nationalism, with paramilitaries forming on both sides to protect their people and interests (Balcells, Daniels, and Escribà-Folch 2015).

Elements of nationalism also lend themselves to creating unions, partnerships, and alliances based on value similarity and threat perception; the classic adage “the enemy of my enemy is my friend” (Garcia-Retamero, Müller, and Rousseau 2012). For example, during the Indian independence movement, led by nationalist Mahatma Gandhi, Hindus, Sikhs, and Muslims unified to liberate themselves from British rule. Similarly, in Israel, Jews, Muslims, and Druze and Bedouin nomadic tribes came together to resist British occupation and the subsequent invasion by neighboring Arab states upon their own declaration of independence.

In both of these cases, however, while nationalism initially limited the amount of internal intergroup violence while unified against a common enemy, it quickly dissolved afterward, and intergroup violence intensified between rival sects vying for power and control. In the latter case of Israel, hardline Jewish Israelis seek out conflicts with Muslims and Palestinians, and occupants of the Palestinian Territories are constantly in conflict with the Israeli state. In the former case, Pakistan separating from India was the first step in initially de-escalating conflict between Hindus and Muslims. Still, hostilities continue between the two groups, especially over the disputed Kashmir region (Gubler and Kamoe 2015).

In keeping with the “enemy of my enemy is my friend” partnerships coupled with nationalism and intergroup conflict, many modern Third and Fourth Wave extremist ideological groups have come together to support a common cause or strike a mutual foe. For example, during the Third, or Leftist, Wave, Left-wing radical groups like the Red Army Faction (also known as the Baader-Meinhoff Gang) and JRA (Japanese Red Army allied themselves with Second Wave Palestinian terror organizations such as the PLO and PFLP (People’s Front for the Liberation of Palestine). In the religious Fourth Wave, unrelated groups aided one another in training and capabilities despite having different agendas and end-state goals but unified through a common threat and ideology (Horowitz and Potter 2014). Partnerships between violent extremist ideologies like those discussed above do not fit within traditional ideas about nationalism but highlight the creation of intergroup conflict by threat perception, shared values, in-group/out-group social identity, and behaviors of self-interest (Garcia-Retamero, Müller, and Rousseau 2012).

In closing, nationalism is the promotion of political independence of a particular group or nation and their actions in preserving and protecting their interests, even if it occurs at the exclusion or expense of another group or state. Nationalism can be dichotomous and depends on how it is applied and the desired impact on the populace or other actors. For example, many regard Ronald Reagan’s form of nationalism as positive and beneficial to the U.S. and the global community.

In contrast, the international community touted Muammar al-Gaddafi’s brand of nationalism as a bully pulpit platform for a Pan-Arab agenda, but mainly as a means to stand against and aggravate Western democracies. Similarly, Fulgencio Batista and Fidel Castro proclaimed themselves nationalists but came into direct conflict as opposing ideologies competed for dominance. In all the cases discussed throughout the article, nationalism has worked to fuel violence, such as during the Troubles in Northern Ireland, but also served to limit intergroup conflict, such as Cyprus and Algeria’s vie for independence.

Garcia-Retamero, Rocio, Stephanie M. Müller, and David L. Rousseau. 2012. “The Impact of Value Similarity and Power on the Perception of Threat.” Political Psychology 33 (2): 179–193