HomePoliticsNationalWhether Pro-Gun or Anti-Gun… Know the Facts Before Deciding 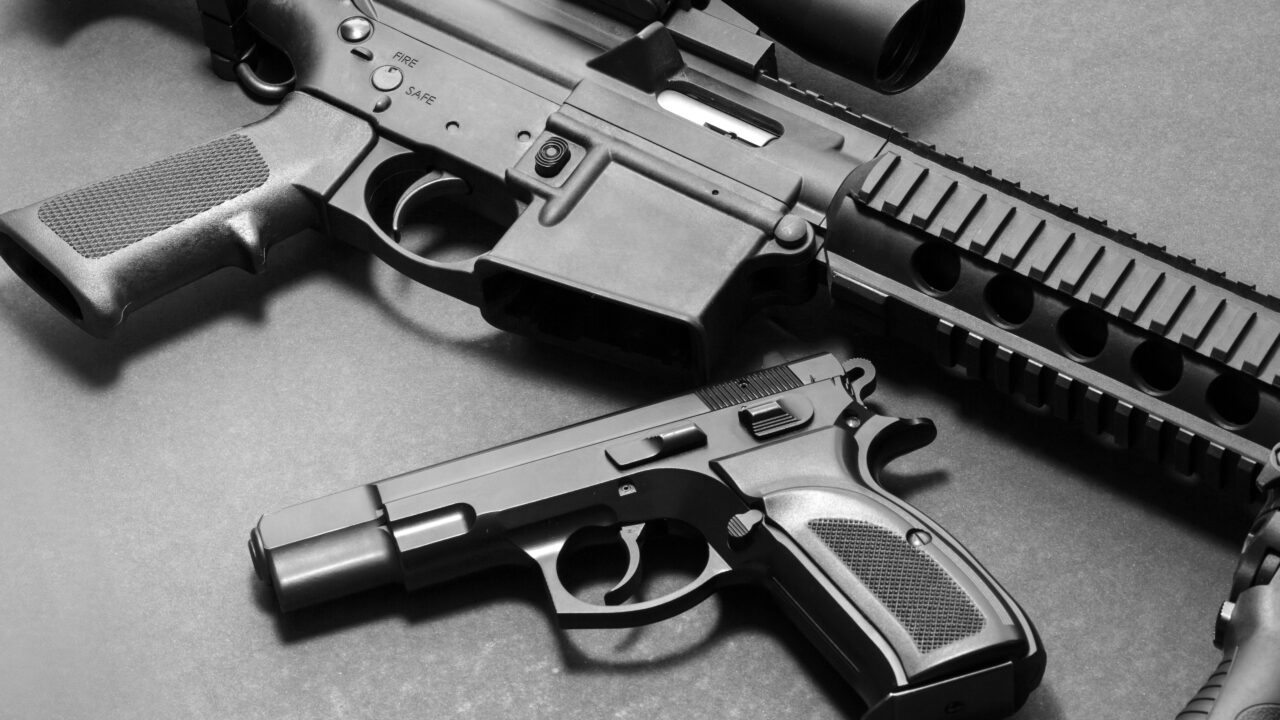 I don’t have a problem with people who disagree with me. No, seriously. I was taught you’re not much of a man if you can’t be around people who see the world through a different filter, and that you surely must not think a lot of your values if you’re afraid to have them challenged. No matter how deeply I disagree with you, I owe it to you to do my level damnedest to understand where you’re coming from. Because the good Lord above knows I ain’t perfect; might be that we disagree because I’m wrong.

That doesn’t mean I’m anyone’s doormat though. I’ll hear you out, I’ll take your perspective into account. If you choose to take a public stance against one of my beliefs I’ll not allow you to catch heat for speaking up; that’s your right, and I’ll defend it. Ask around. I have a history of doing that. I’ll respect your stance, Scout’s honor. Damn sure better be YOUR stance, though. Researched and verified. You come for one of my values just because the entirely interchangeable MSNBC/Comedy Central told you to, that’s gonna be a problem.

I honestly can not understand how it’s even possible for anyone to miss the obvious dangers of taking a strong and vocal stand against an issue they’ve clearly done no research on. I mean, set aside the ethical problem with that, and think of any issue that’s vitally important to you. I’m sure you run across plenty of articles and posts from people who are against it. How long does it take you to spot a quote or numbers you know to be utter bullshit? You KNOW the person posting it is simply passing along hogwash from a 100% biased source to prop up a position they claim to be passionate about. How many times you gotta see that out of someone before they’ve shot all of their credibility to hell? Why would you think that doesn’t work the same the other way around?

I was 35 before I started socializing with anyone you’d really describe as liberal. I’d KNOWN some prior to that, and we got along fine, but there was no depth to those relationships. Here 20-something years later the majority of my close friends are liberals (took me nearly a decade to not choke on THOSE words). Some of them I’d take a bullet for. I mean literally and I mean in a heartbeat. So I know that for most of the day’s hottest issues, “your” goals and “ours” aren’t really all that different; we’re just ripping one another’s throats out over how we GET there. And that’s just plain silly. Because all we gotta do to ease that up is ASK. Roughly half the country is on “the other side” of a given issue, and in most cases who’s ours/who’s theirs isn’t much of a mystery.

I’ve been a member of the firearm community since I was still totin’ a brace of Peacemaker cap guns, better than 50 years. Literally, everyone who knows me knows I’m a gun guy; a good chunk of my friends are most decidedly not gun people. It absolutely breaks my heart some of the things people who are very dear to me have posted about gun owners in general and the NRA in particular. Because they’re not talking about some shady group of misfits and outcasts scurrying around in the shadows. They’re talking about other people who are very dear to me. They’re talking about ME.

Know how often I’ve been asked about some sack of despicable hogwash that’s making the rounds on the anti gun side? Not. Even. Once. “Hey, Bama, what’s up with your hobby being more important to you than children’s lives?”…actually, no, strike that one; I’ll lock your jaw if you say that one to my face. It horrifies me to know there are people who actually believe that. But there are so many other myths that sound plausible until you put five minutes into looking it up or asking someone you trust for that side of the story.

No, calling an event a “gun show” does not trip any kind of double secret loophole in Federal law.

The NRA will do more for actual firearm safety and responsibility by lunch today than Everytown for Gun Hysteria has done in its entire miserable existence; the NRA where firearm safety course instructors COME from. And you should look up the phenomenal success of the Eddie the Eagle program, too.

Take any Big News crime committed with a firearm and you’ll never find an NRA member behind the trigger. I’m comfortable saying that not because I know the details surrounding everyone, but because if one of ours HAD been it would be “our top story tonight” until the sun burns out.

A huge percentage of murders and assaults committed with firearms are gang-related. I’ll never understand why you dump so much energy into coming after a group that isn’t even a measurable part of the problem while never even mentioning the groups that have been stacking up bodies for years.

Automatic rifles have in fact been banned since the 30s except by permit. You have to pass an all but invasive background check to get one, it’s expensive and has to be renewed every year, the weapons themselves are prohibitively expensive, very few shops deal in them, and for what ammunition costs you’d blow a mortgage payment downrange in under a half an hour. And if you pick up any charge heavier than a speeding ticket your weapon, ammo, and permit will be taken from you forever.

I don’t know how anyone relies on any published numbers or stats on the subject. Pick any quantifiable category and search it. It won’t look like the pro and anti “experts” are even talking about the same THING. Because they’re not. Go a little more in depth and you’ll find both sides absolutely torture the numbers to show what they want. One that really stuck out to me; a round from a drive-by shooting traveled two blocks and broke a window on an unoccupied elementary school at 1:30 in the morning, and that was counted as a “school shooting”. How does someone who’ll put a thing like that in a report sleep at night, especially given the subject?

I have no interest whatsoever in turning you pro-gun. I’m not asking you to change your mind or your values. Your right to yours is every bit as strong as mine is to me, and I respect that. I GET why you’re anti-gun, and I respect that too. But I’ll tell you this for certain: when it’s clear that you don’t value your word enough to even question that chart you found before you post it up, I’ll never give your word any weight either.