HomePoliticsInternationalISIS: Terrorists Celebrating With A Bang 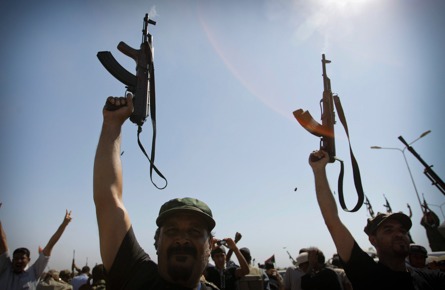 The Islamic State is celebrating its first year. And they are doing it with a bang.

29 Jun 2014 the “Caliphate” was born and over the past week Islamic State supporters have been killing people wholesale. Tunisia, France, and Kuwait were all attacked but here in the good old U.S. we barely heard about the attack in France, because it was on a U.S. corporate facility. The Tunisia attack, which killed 38 and left as many or more wounded, received only a bit of notice. 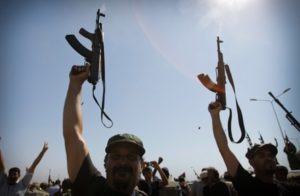 The US, concerned with the Confederate Flag, The Affordable Care Act, and Gay Marriage, didn’t even notice. Don’t get me wrong, Civil Rights are important, and our very own little nut job in South Carolina. It might take the Supreme Court to decide on such contentious issues, but to the exclusion of what is going on in the rest of the world?

The Kuwaiti attack, in which a not-so-smart-bomb (suicide bomber) walked into a Shia Mosque at noon prayers and detonated himself barely got a blurb in the middle bottom of a Fox report about the overall situation and the same for CNN.

What is left out is that there is a major U.S. military presence in Kuwait and there has been since the 90’s. For those who have deployed, we all went through Camp Beuhring, named for LTC Charles H. “Chad” Buehring, KIA 26 Oct 2003, which is conveniently situated in the middle of nowhere. Camp Beuhring is in the north and Camp Arifjan, the major headquarters in the area, is located just south of the Kuwait City.

For those who have never seen a city state, Kuwait is Kuwait City. It takes 2 hours to drive through regardless of which way you are going and with the exception of some smaller family villages, Kuwait City is it.

So we have a suicide bomber, who kills at least 27, with bases containing U.S. military and civilian personnel in easy driving distance, and nothing makes the news in the U.S. I know they were Kuwaitis so why should we be concerned?

First, none of these attacks were preceded by any sort of warning. In Tunisia and Kuwait, the attackers were described as young men with, at least for Tunisia, no prior records or affiliations. The Kuwaiti bomber is a bit harder to identify at this time.

Second, The 4th of July is next week. The Department of Homeland Security and the FBI are sending out warnings but let’s face it, warn who and where? Cue the online Rambo’s, “Come and Get Me” posts.

I am so glad that President Obama finally has a legacy with all the legislation he put out that a divided America has to enjoy. Meanwhile, Turkey is refusing adamantly to allow a Kurdish State, which is a valid proposed solution to the mess in Syria. But Americans have now been legislated to act like civilized human beings to each other.

The Islamic State continues to find new and creative ways to kill people for the viewing public, and no one is really concerned about the fact that a good chunk of the Middle East is under the control of a dictatorship that is demonstrating a ruthlessness and rabid nature that rivals some of the worst in history in quality if not yet numbers.  I watched Faces of Death as a kid, it stopped being interesting when I smelled my first dead body.

As we move into the 4th of July weekend, I wonder if we will see the first attack on U.S. soil since 9/11, oh wait, Boston was the last one, hold on, what about Garland…well perhaps ISIS won’t hit us.

Here is a toast, may the only fireworks you see or hear about this week in America be made in China. Don’t let the fact that they export military explosives bother you; you can make a pretty potent boom out of regular household stuff if you know how. But hey, it will be made in the U.S.