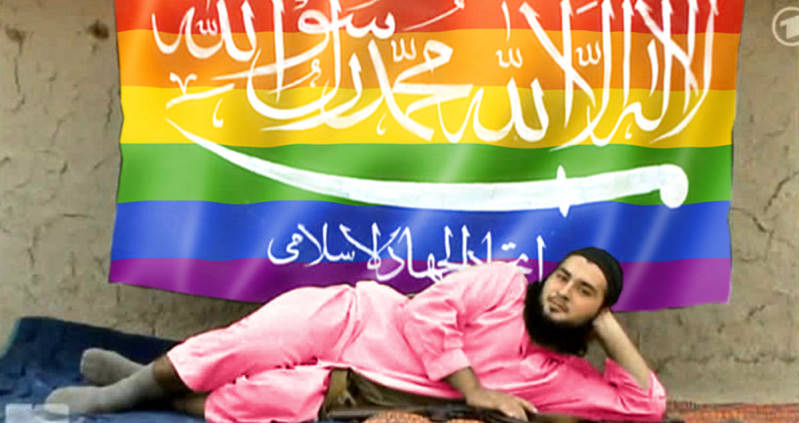 And if you’re a hacker, hack the crap out of their social media.

The hacking collective Anonymous as well as other groups and individuals have been behind a long-running “gay hack” of ISIS-affiliated social media accounts.  The effort gained a lot of momentum after the 2016 ISIS-inspired terrorist attack against the Pulse nightclub, a business catering to the LGBTQ+ community and continues to this day.

Don’t get me wrong; the cure for ISIS isn’t Twitter trolling or “hashtivism.”  I’m all about the kinetic solution.  But defeating an ideology takes time, and combat operations must be combined with information operations to create a gradual erosion and make their organization less attractive for recruits, supporters, and financiers.

And if that includes annoying the crap out of them with stuff like this, then I’m all for it.