HomeNational SecurityDefenseIt’s Time to Treat ISIS Like a State 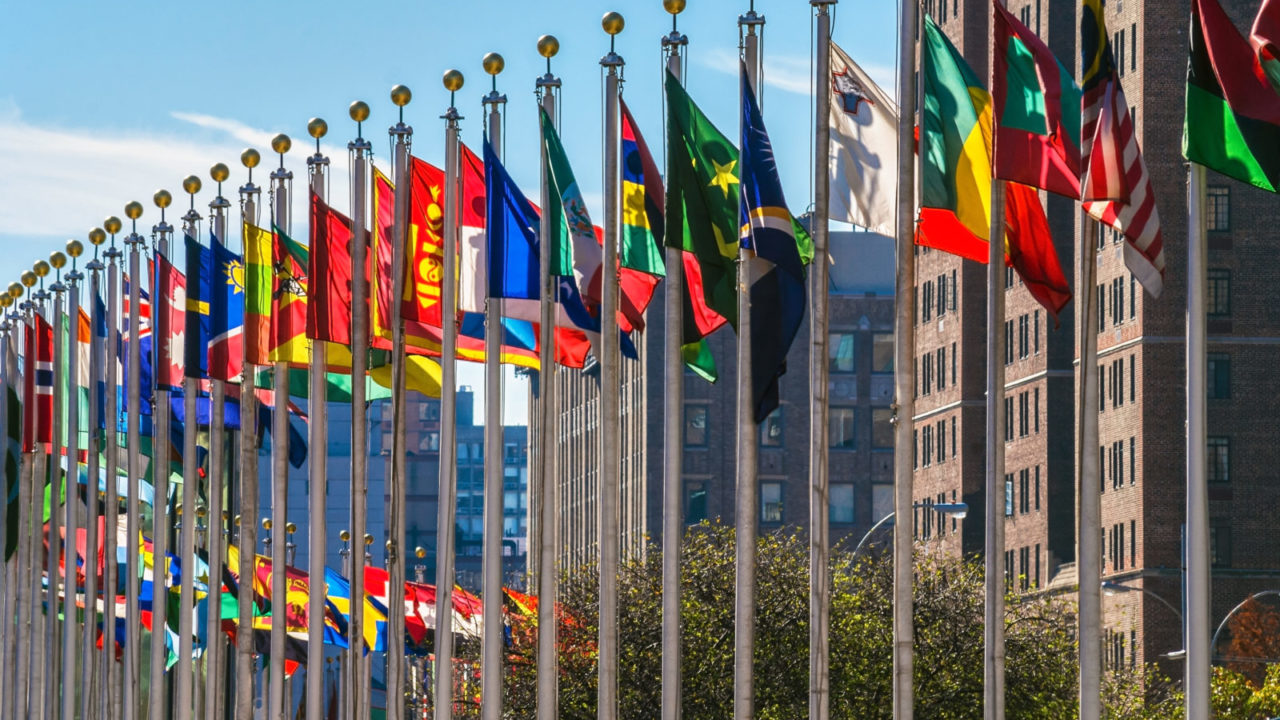 Editor’s Note:  This article is an update to one that first appeared on Ranger Up’s Rhino Den and is posted here with the permission of the original author.

It’s a truism in the military that the generals are always trying to fight the last war. That is, they tend to apply the same tactics and strategies to the current fight that they used the last time they fought.

They’re doing it again. Not exactly their fault, of course, the military fights the wars it is told and fights them within the parameters set by our civilian leadership, and the White House has most certainly set constraints on the Pentagon. And so within those constraints the generals’ solution to fighting the Islamic State is to fight it as if it were an insurgency. Special forces raids. Conduct airstrikes. Train and partner with locals. Give the locals weapons. This generation of generals literally wrote the book on counterinsurgency operations, and they’re following it.

But the Islamic State is not an insurgency, and it is far more than simply a terrorist organization.

It is a state.

And you don’t fight another country the same way you fight a terrorist organization or insurgency.

Defining the Islamic State as an insurgency forces you to see at it in pieces, and fight it in pieces, when it is in actuality a single entity. An “insurgency” fights to overthrow an existing government and replace it with its own. But the IS fighters in Iraq aren’t rebelling against Bashar al Assad, and those fighting in Syria aren’t rebelling against Baghdad. The foreign fighters aren’t rebels fighting to overthrow either government, they’re fighting for the Caliphate in whatever war it chooses. And yet they are all part of the same whole. The IS is a single country fighting a multi-front war, not loosely affiliated, simultaneous multiple rebellions. It isn’t two rebellions running two wars, it is one central government fighting on all sides.

There are, of course, different definitions of what constitutes a ‘state.’ The simple Webster’s Dictionary definition is,”a politically organized body of people usually occupying a definite territory; especially :  one that is sovereign.” The Islamic State is a brutal regime, but it is certainly a politically organized body occupying defined territory.

The definition often used in international relations writings for a state expands on the dictionary definition. The Montevideo Convention on the Rights and Duties of States in 1933 defined a state as possessing four qualities;  a) a permanent population; b ) a defined territory; c ) government; and d) capacity to enter into relations with the other states. The Islamic State meets all of these criteria for statehood. The quality of its government may be debated and the only relationship the IS seems to be interested in with other states is war, but it certainly has a permanent population and its territory may be defined as ‘expanding.’ It self-describes its nature in the Islamic State’s slogan, “baqiya wa tatamaddad.” “Remaining and expanding.” It considers itself a country and it intends to continue acquiring more territory.

Critics will say that calling the IS a state gives it too much legitimacy, but understanding that the IS truly is a state is actually the path to defeating it. Changing how we view the problem will open new avenues for addressing the problem. As a terrorist organization or insurgency the Islamic State is amorphous and self-sustaining through its victories. As a fixed state the IS is demographically and financially insupportable, it will necessarily collapse under its own weight.

Demographically the Islamic State is completely unbalanced. It has too many males, and not enough females. Many in the West are befuddled as to why the IS is so aggressively recruiting Western women, but the reason is simple demographics. You can’t have a majority-male country and expect it to sustain itself. It doesn’t work, for basic biological reasons. And the IS can’t simply take women from the conquered populations for its fighters (unless they’re infidels like Christians and Yazidis, of course, those are “legitimately” enslaved). As Dave Kilcullen described in Small Wars Journal, a major reason the Iraqi Sunnis eventually rejected Al Qaeda in Iraq in 2008 was because of AQI’s practice of marrying local Iraqi girls to its foreign fighters. This offense, and other overreaches, was what caused the Sunni tribes to begin fighting alongside the US, and the Islamic State has certainly learned this lesson from its predecessor. AQI only had, at most, a few thousand fighters, the IS has at least 25,000 and is constantly growing. So the IS must recruit women and take slaves to stabilize itself demographically or risk losing the local populations and having its army turning on itself and/or going home.

Expansion is also the Islamic State’s recruiting draw. The IS offers a cause, a raison d’être, the chance to be part of something greater than yourself. But it can only offer this as a nation that is constantly growing with a manifest destiny, not as a nation that lies within static borders. Young men and women travel to do something they believe matters, not to just move to another country for the sake of moving. Winning draws new recruits, who are used to win more territory and thus perpetuate the cycle.

Financially the Islamic State depends on spoils. The oil wells, the banks, the historical artifacts, the taxation of the conquered population. While these spoils have been vast, they are finite and not the basis for an enduring economy trapped within fixed borders. Businessmen are doing well in the IS right now, but only because they can move their goods in and out freely. So the Islamic State must win more spoils or it will eventually run out of resources.

If the Islamic State were to be fixed within borders it would collapse in upon itself. Its fighters came to fight, and if they could no longer conquer new lands they would turn on each other or simply go home. And with the IS no longer taking new spoils or capturing more women, the outsized male population of the Islamic State would quickly begin fighting over what remained.

So how do we contain the Islamic State within fixed borders? Through herculean diplomatic and military efforts.

We start by accepting the old order in the Middle East is meaningless at this point, and this means accepting the on-going partition of Iraq and Syria. It is true that acknowledging the Islamic State is, in fact, a nation-state will mean giving up on the map of the Middle East we’ve known since the break-up of the Ottoman Empire a hundred years ago. But we should admit that partition is happening. Iraq and Syria are not just embroiled in civil wars, they no longer exist as we once knew them and a new nation has arisen from their shattered parts.

The new borders of the Middle East can be fixed along ethnic and sectarian lines. So let’s embrace it. Embrace and support a Kurdish state in what’s left of Iraq and Syria. Difficult? Yes, particularly because the Turks hate and fear the very idea of Kurdish independence and have begun attacking the Kurdish groups fighting the Islamic State, the very fighters who have had actual success against the IS. Successfully pressuring the Turks to accept what was previously intolerable, a Kurdish state, is potentially an insurmountable obstacle. But it doesn’t seem as if Washington has made much of an effort in that direction. Sure, the Turks have now nominally closed its border with the IS and is allowing the US to use Turkish airbases to attack the Islamic State, but attacking the only successful ground forces in the fight undermines the ultimate objective of the war. The Turks are the most significant hurdle in isolating the IS, but if they can be cajoled or coerced or bribed into fully closing their border with the Islamic State and making peace with the Kurds we will have solved a major problem for the containment strategy.

We should leave defending Baghdad and the Iraqi Shia to Tehran. The Iranians now have a client state in Baghdad, it shouldn’t be a US problem any more. And while it isn’t possible to find an ally in Tehran, the United States can at least rely on the Iranians to fight the Islamic State to a standstill, finding a border somewhere to the west of Baghdad and east of Fallujah.

Lastly, the Arab states need a version of NATO, a mutual defense treaty that focuses on defending all the signatories from the Islamic State and any of its possible successors. Yes, the GCC has the Peninsula Shield Force, but it is weak and weakly led, it is not a coalition that will send troops to battle any time soon. It may, however, be something the US could build on.

But in order to achieve containment the US must lead. Some of these hurdles seem almost laughable, how could the US force Turkey to accept a Kurdish state? How could the US build an Arab version of NATO? No question, shaping the world requires diplomatic wrangling and arm-twisting. It means brokering compromises no one is entirely happy with and potentially angering allies and rivals.

And, of course, the US military must be the glue that holds all these diplomatic options together. US bases in Kurdistan, Turkey, Saudi, Jordan and beyond all coordinating military efforts with the host countries to contain the Islamic State and force its implosion. And if it rears its head outside its borders we must be a ready, heavy hammer crushing it back below ground.

On Defenseone Barry Posen wrote, “The ingredients exist in the region for a loose ring of containment around ISIS. That ring strengthens when ISIS pushes into areas populated by other ethnic or religious groups. The US should buck up these defenders with weapons, money, intelligence, and air strikes, when they are under pressure, but should be under no illusions about their capability to defeat ISIS, re-occupy huge swathes of Iraq, and bring those areas into a cohesive Iraqi political community.”

Containment as a strategy can work. Just as a fire that is contained burns all the available fuel and finally dies out, so does a war, and so will the IS. The US isn’t the global police, but we should be the global firefighter. And sometimes the firefighter knows he should step back, let the building burn down and do his best to prevent the fire from spreading. This has to be a strategy the United States commits itself to, we must spend real diplomatic and military effort to achieve an achievable goal.

But it IS possible. A US President once brought thirty-four nations together to defeat and contain an out-of-control country in the Middle East, way back in 1990. We can do it again.