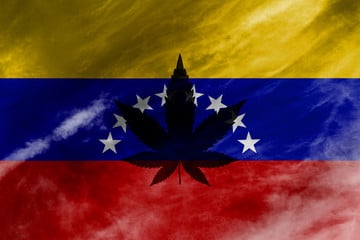 Battling to do something—anything—to combat the death spiral of his country’s economy, Venezuela’s President Nicolas Madura turned to an unlikely source: a man who’s really, really good with drugs.

Maduro appointed his former Vice President, Tareck El Aissami, as Venezuela’s oil minister, the latest attempt to shore up the country’s oil-based economy. This is a big deal: despite sitting on some of the largest oil reserves in the world, Venezuelans pay some of the world’s highest fuel prices—over $7.50 per gallon—and are forced to endure inflation of something on the order of 53,000,000%  over the last four years. It’s an important job, and El Aissami is an interesting choice to fill it, especially since the position has typically gone to someone with strong ties to Venezuela’s military.

El Aissami is a bit of an enigma in typically-xenophobic Venezuela. His mother was Lebanese and his father, a Iraqi Ba’ath Party official and Sadam Hussein insider, authored an op-ed called “Proud to be a Taliban” and stated that the U.S. conducted the 9/11 attacks in order to have a pretext to invade Afghanistan. For his part, El Aissami reportedly celebrated the 9/11 attacks on the U.S., and serves as a liaison between Venezuela and the Iran-backed terrorist organization Hezbollah. He was also involved in a scheme that enabled several thousand people to obtain Venezuelan travel documentation, several from places like Pakistan, Syria, Iraq, and Lebanon. 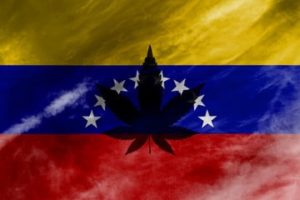 And then, there are the drugs…

While serving as Vice President of Venezuela, El Aissami was designated as a “foreign narcotics kingpin” by the U.S. Treasury Department, and is suspected of being a major player in the covert importation of large quantities of hard drugs into the US, an endeavor in which he engaged alongside one of the nephews of Venezuela’s sitting president. There is currently a $10 million bounty on his head.  He was also sanctioned by Canada, Switzerland, and the European Union.