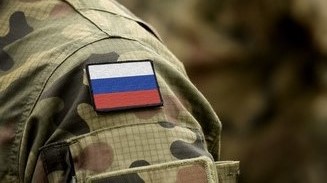 Russian President Vladimir Putin recently announced a “partial mobilization” of Russia’s armed forces in order to pour even more manpower into the quagmire of his war in Ukraine. Putin claims that the callup will only involve around 300,000 troops, and will come from reservists. But given his penchant for lying, this callup is probably going to be a lot larger. And the fact that most Russian men are conscripted into the military, the pool of “reservists” includes just about every military-aged male in Russia.

That might be why so many Russian men are now attempting to flee the country, or to otherwise make themselves ineligible for the draft. This additional manpower will indeed be a problem for Ukraine and its Western allies. But it remains unclear how useful this will ultimately be for the Russian effort. Russia’s problem in Ukraine isn’t manpower. It never was. Problems with logistics, intelligence, mobility, leadership, transportation, training, and… well, everything BUT manpower… plagued the Russian aggressors from the start. Adding more men to the mix isn’t likely to help the Russian effort in the long run.

But what if Putin’s partial mobilization is “partial” at all, but much more widespread than he has so far let on? A largescale mobilization, under the screen of a smaller one, makes sense in the Russian strategy of “maskirovka,” or deception. And Putin will need more troops if he is anticipating a wider struggle inside or outside Ukraine with Western forces.

Putin will also need those troops to occupy new parts of “Russia” that will inevitably be generated in Ukrainian areas under Russian control, the ones that Putin plans to hang on to when an inevitable armistice occurs. These include the regions of Donetsk, Kherson, Luhansk, and Zaporizhzhia, and with Russian forces literally rounding up people at gunpoint to vote, and with pro-Ukraine civilians cowed, killed, or imprisoned, the outcomes are guaranteed. Putin will annex those areas, and any others he wants, and they will then become “sovereign Russian territory.” An attack against those areas will then give Putin a pretext to escalate the war in whatever way he sees fit. Given that he has already threatened nuclear warfare, this is something the West should take very seriously.

As discussed in an earlier Havok Journal article, “the strong do what they will, and the weak suffer what they must.” Russia is strong, and Ukraine is weak. We can therefore expect Russia to continue to try to do what it wants. Even a partial mobilization of Russia’s vast reserve military manpower is therefore alarming and should be taken very seriously. Whatever Putin has planned, he has demonstrated that it’s going to be a lot bigger than what we’re seeing on the surface.