HomePoliticsInternationalWill the Fox Steal a Chicken? Putin and the Fate of Ukraine 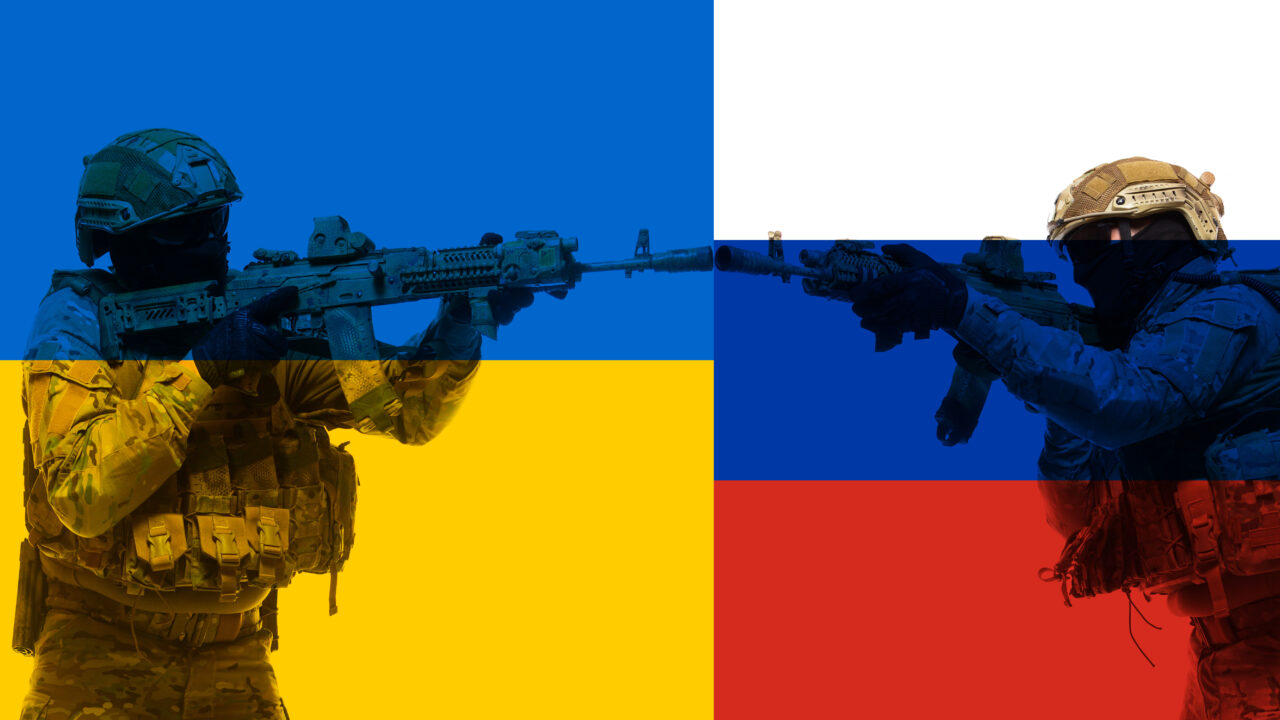 “The strong do what they will, the weak suffer what they must.”

Thucydides- The Melian Dialogue, History of the Peloponnesian War

As the world struggles for stability under the insidious mutations of the coronavirus, social unrest, and economic uncertainty, an old foe has quietly reemerged, patiently waiting for an opportune moment to strike and take what it perceives as necessary for its survival.  Once again, a decisive moment in history is upon, one in which the fate of Ukraine hangs in the balance.

Over the last several months, tensions between Russia and the West have reached an unprecedented level, with Kyiv and Washington raising the alarm at what is a provocative build-up of Russian troops. Unlike previous demonstrations and exercises, the Russian forces assembled today are credible of executing a full-out invasion of Ukraine. Fears of that invasion appear imminent and are greater now than at any time since Russia first seized Crimea in 2014.

More than 100,000 Russian troops are in assembly areas near eastern Ukraine and from all indicators, may be preparing to launch a major offensive. Satellite imagery and social media posts appear to show Russian combined arms forces preparing for just such an attack. Ukraine’s military has also warned Russian forces are attempting to provoke a military confrontation, providing the impetus to attack in late January or early February.

The gravity of the situation prompted President Joe Biden’s impromptu video conference with Russian President Vladimir Putin to clearly outline the consequences of any attack upon Ukraine. Despite the cordial nature of their conversations, the question remains, is Putin really planning an attack?

Russian analysts are divided over Moscow’s intentions: Is this more of Putin’s posturing to intimidate Ukraine and garner concessions from the West, or is this preparation for a real invasion? This is a film we have seen before and that is why there are such disparate opinions among the intelligence community. There have been examples of Russian provocations throughout this seven-year conflict and this latest deployment of Russian forces could also prove to be more of the same. But concerns this time are more alarming. Many analysts, including those who were doubtful of Russian resolve, believe Putin’s calculus on Ukraine has changed and the menace of invasion high.

Those analysts surmise that this buildup is not just saber-rattling, this newly assembled force gives Russia a viable military capability to execute just such an invasion. And yet, as many analysts conclude that an attack is imminent, other experts maintain an attack is unlikely, illustrating further just how divided assessments are among the intelligence community. Even those warning of the possibility of attack say Putin may realize the costs outweigh the potential benefits and eventually withdraw his forces. That may be wishful thinking especially at a time when the last thing Western leaders need is a conflict with Russia.

It appears from the conclusion of the Biden-Putin summit, Putin failed to get what he sought. The problem for Moscow is that Ukraine has been moving ever more firmly toward the West, even more so after the annexation of Crimea. Although full membership in NATO was not in the immediate cards for Ukraine, it has inched steadily closer to the U.S. and NATO. With U.S. military supplies and lethal weapons already going to Ukraine and Ukrainian troops training with NATO forces, the Kremlin has determined that it must now act decisively to stop what it perceives as a further encroachment by NATO.

A key question remains, what would Putin gain? Any invasion would make Russia a pariah state, carrying major military, political and economic risks. But for Putin, who has closely watched the strategic situation in the U.S. and the West, now may be the auspicious moment to fulfill a personal crusade and right what he perceives as a historic wrong.

Ukraine has historically been part of the Russian empire and later the Soviet Republic. Almost 20% of the Ukrainian population identifies itself as ethnic Russian, with many more assuming a pro-Russian stance. That said, most Ukrainians are pro-Western and since the collapse of the Soviet Union, have sought to integrate with the West. This slow march to the West, and inclusion in NATO and the European Union, is a “red line” for Putin, who views Ukraine as an integral part of Greater Russia.  Putin is not likely to concede having NATO on its immediate border, something he views as a clear strategic vulnerability.

Perhaps more underlying, and telling, reasons exist for Moscow’s current course of action. Russia is struggling with many internal problems, declining demographics, economic woes, international isolation, public health concerns, and growing internal political discontent.  An aging Putin, who perhaps views his grip on the reins of power slipping away, may use this as means to bolster support and fortify his power.

Thucydides wrote that nations go to war based on realism; that “fear, honor and interest” drive decisions that lead to war.  It is these three factors that figure in Putin’s calculus in determining whether to invade Ukraine. One way to retain power, create an external threat and rally the people behind you.  In this case, the fear of an expanding NATO and the exposure of a vulnerable Russian “soft underbelly” provides just such a ploy.

In the mind of Putin, Ukraine has always been a part of Russia.  Its separation from the Russian orbit at the end of the Cold War was a travesty and a blemish on the proud history of Russia. The reconquest of lost territory is the righteous and honorable crusade of a man seeking to secure his legacy.

The domination of Ukraine serves Russian strategic interests as well, securing Russia’s flank, and giving unprecedented control over the Black Sea region.  Furthermore, it positions Russia to exercise control over Moldova, making it a vassal state and buffer between its territory and Romania, a NATO country that has U.S. bases on its territory.

So given these factors, how will Putin act? Strategic ambiguity remains a key tool in his kitbag as his intentions remain a mystery. By the U.S. not committing militarily to protect Ukraine and by threatening only severe economic consequences, Putin may conclude that now is the time to act.

Without question, if Russia invades, it will be costly, as the Ukrainians will most certainly muster a determined defense, but ultimately, they will lose. It is a timeless lesson in military affairs that is once again being ignored. Only military might and the willingness to use it deters ambitious despots from territorial designs.

In 1938, Prime Minister Neville Chamberlain tried to appease Hitler after he annexed the Sudetenland. He declared “Peace in our time” upon his return to Great Britain. Hitler had just taken the Sudetenland under the pretense of “helping” ethnic Germans living in what was Czechoslovakia. Very similarly, Putin invaded the Crimea under a similar guise, to “help” the ethnic Russian separatists. After Chamberlain made it clear the allies would not use military force to oppose Hitler, he went on to take Czechoslovakia, paving the way for greater territorial ambitions culminating in the Second World War.

Perceived U.S. military weakness may further embolden Putin. While the U.S. military remains formidable, the political will to use force may also be waning. 20 years of fighting in Iraq and Afghanistan have sapped U.S. strength and fatigued its resolve. The Forever War has had clear impacts on U.S. military readiness, morale, and capabilities, which Putin may see as a strategic window of opportunity to gain complete control of Ukraine, subjugate Moldova (either politically, economically, or perhaps even militarily) and secure Russia’s southern flank.

It is critical for our strategic leaders to keep focused on deterring Russian aggression through all means available. Having a credible military option to counter Putin’s ambitions should be the strategic message coming from the White House and the Pentagon. Rather than discussions about evacuations of U.S. citizens from Ukraine, a clear and resolute signal needs to be blaring out, one that demonstrates that the U.S. is prepared to respond militarily to prevent the invasion of a country to which the West promised security guarantees in exchange for its nuclear disarmament after the collapse of the Soviet Union.

Perhaps the U.S. and the West, overburdened by internal political, social, economic, and public health crises, is willing to write off Ukraine as part of its own strategic triage of priorities. If this is the case, history has shown this to be a recipe for disaster.  Such inaction will only embolden further territorial ambitions by Putin and perhaps encourage other regimes to contemplate similar actions (think China and Taiwan for example.)

It was the Roman General Vegetius that said, “if you want peace, prepare for war,” and that sentiment remains particularly relevant today in our dealing with Putin. Strength of arms, and the willingness to use military force, remain time-tested, proven means of deterrence, ones that Putin, as a Cold Warrior, clearly understands. Putin is a sly fox, he is watching the chicken coup very closely and if not vigilant, he will most certainly make off with one of the chickens.