HomePoliticsInternationalLiving in a Tough Neighborhood: Putin’s Ukraine Stratagem and Its Regional Implications 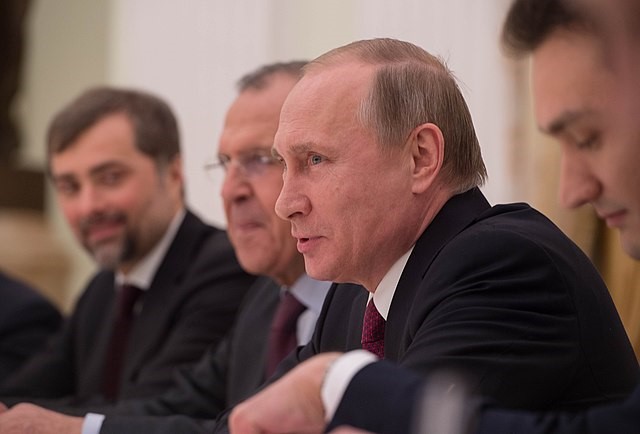 At a symposium for senior U.S. and Romanian military personnel, a Romanian General described for the audience Romania’s relationship with Russia. “You see,” he said, “there is a difference between a neighbor and a brother.”

He went on to explain, “We in Romania see the Russians as a brother.” Noting the perplexed look among those present, he continued.

“A neighbor will come to your home, politely knock and wait for you to open the door. A brother, on the other hand, comes to your home uninvited, pushes the door open, and then stays longer than you like!”

“This is why during the Cold War, we Romanians had two strategic plans, one in case NATO attacked and one if Russia invaded!”

The Romanian General was being somewhat facetious in his explanation. However, his caricature of the nature of Russia’s relationships with its neighbors reflects a sentiment shared by several countries. These include both NATO and non-NATO states that loom within Russia’s shadow. More than once, those countries located near the Black Sea and the Baltic states have described their geostrategic position akin to “living in a tough neighborhood” and as the test of wills between the West and Russia plays out over Ukraine, those nations are closely watching.

As we have seen in the past several weeks, Russian President Vladimir Putin is the proverbial unwanted brother, poised at the door of Ukraine ready to push his way in. At stake, is the future of Ukraine, which hangs precariously in the balance as the West and Russia test the limits of their respective geopolitical positions.

Since coming to power in 2000, Putin has worked steadily and systematically to reverse what he views as the humiliating breakup of the Soviet Union 30 years ago. Of particular focus has been Ukraine, which Putin sees as historically an integral part of Russia. Ukraine has become his “white whale” and like Captain Ahab’s obsession with hunting down and killing the great white whale Moby Dick of Herman Melville’s novel, Putin’s obsession with Ukraine is charting a dangerous course that may ultimately prove to be a massive strategic blunder.

While massing thousands of troops along Ukraine’s border and holding war games in Belarus, close to the borders of NATO members Poland and Lithuania, Putin is demanding that Ukraine be permanently barred from exercising its sovereign right to join the NATO alliance. Additionally, he is demanding that other NATO actions, such as stationing troops in former Soviet bloc countries, be curtailed or even completely reversed. For the United States and NATO, these demands are intolerable, and joining the alliance remains a choice for any sovereign nation.

Putin’s critics argue that what he really fears is not NATO, but the emergence of a democratic, prospering Ukraine that could offer an alternative to Putin’s increasingly autocratic rule. This perhaps is the underlying casus belli of Putin’s Ukraine gambit, Russia is struggling with internal strife, declining demographics, economic woes, increasing international isolation, and growing internal political discontent. An aging Putin, who perhaps views his grip on the reins of power slipping away, may be crafting the very external political crisis we are witnessing to bolster his waning power.

This stark contrast in positions between the West and Russia is not lost to those nations that could become the next to fall under Putin’s anti-NATO expansion pretext. Along the Black Sea, countries like Georgia and Moldova are particularly vulnerable to potential future Russian aggression.

In Georgia, Russian forces and staging bases remain in South Ossetia and Abkhazia, the legacy of Putin’s incursion into Georgia in 2008. Georgia, like Ukraine, has ethnic, cultural, and historical ties to Russia. If Georgia were to pursue similar overtures toward the West as Ukraine has, it too could find itself the next target of Russian expansion.

Moldova also finds itself in a particularly vulnerable and unenviable geostrategic position. Positioned between Romania and Ukraine, if Ukraine were to fall from a Russian invasion, Moldova would suddenly find itself inserted between NATO and Russian territory. Moldova has a Russian-speaking segment of its population that tends to be pro-Russian. Also on its border is Transnistria, officially the Pridnestrovian Moldavian Republic (PMR), an unrecognized breakaway state located in the narrow strip of land between the river Dniester and the Moldovan–Ukrainian border.  This quasi-state is internationally recognized as part of Moldova but remains strongly under Russian influence.  Russian forces are also present in Transnistria, which hosts several Russian bases. Moldova would have little recourse but to acquiesce to Russian demands and abandon any hope of further integration with the West.

To Russia’s northern flank, two other non-NATO nations, Finland and Sweden could potentially be at risk if Ukraine succumbs to Russian aggression. Recognizing that Russia and Finland have long-standing historical differences, the Finnish military has begun notifying 900,000 reservists of possible activation amid increased tensions between the Nordic states and Russia over the Ukraine crisis. Russia and Finland share a 1,340-kilometer land border and fought a brief, but bloody conflict in 1939 when the Soviet Union invaded Finland, resulting in a humiliating Russian defeat. Given Putin’s penchant for resolving what he perceives as historical slights to Russia, Finland too has reason for concern.

Sweden also has reason for alarm over the brewing crisis in Ukraine. In an unusual move, Sweden recently deployed armored vehicles and soldiers to patrol streets on the island of Gotland in response to increased “Russian activity” in the region, which included Russian naval landing craft. Sweden has not been at war for almost two centuries but given Russian actions in Ukraine and the uncertainty surrounding future intentions, Sweden is compelled to activate its military in response.

Should Russia succeed in taking Ukraine, NATO countries in the Baltics, particularly Lithuania, would justifiably be alarmed. The Baltic states are in a unique position in the face of these threats. Estonia and Latvia, both have substantial Russian-speaking minority populations that the Russian media has continually attempted to manipulate in support of Russia. Many within the Russian minority have not fully integrated into their respective countries, having refused to go through the citizenship process after the fall of the Soviet Union. The presence of the Russian military in Kaliningrad and on the eastern borders of Latvia and Estonia are also contributing to the growing fear inside Baltic governments of the possibility of a Russian destabilization operation. All these developments point to the possibility of further territorial ambitions post-Ukraine.

In the aftermath of a successful Ukraine campaign and having secured Russian positions along the Black Sea, Putin could turn his attention to securing a land bridge with the Russian enclave at Kaliningrad, driving a wedge through Lithuania between Poland and the Baltic states. This for Putin would be a far riskier move, as any direct attempt to create a land corridor by force would result in direct NATO confrontation and invocation of Article 5 of the Washington Treaty. Although this scenario may seem implausible, unpredictability is Putin’s modus operandi. Few analysts would have also expected that Crimea would fall easily to Russian hands in 2014 and that 100,000+ Russian troops would be poised to launch a multipronged assault against Ukraine today.

Russian future intentions in Europe are of course subject to many factors. At this juncture, Putin may recognize that any possible gain from an actual invasion of Ukraine is limited and counterproductive.   The fabrication of this crisis may have already served Putin’s purposes, to shore up his political standing at home, sharpen his armed forces and place Russia once again center stage on the world arena. But we should not underestimate Putin. If Ukraine’s territory falls to Russian aggression and the Western Alliance shows that it is weak, divided, and incapable of a concerted effort to thwart Russian advances, there is potentially no limit to how far Putin may push his territorial ambitions.

As the West focuses on Ukraine and on its ideological struggle with Russia, it is also important to recognize the larger geostrategic implications for failing to preserve Ukraine’s integrity. The loss of Ukraine will ignite a chain reaction of events both globally and regionally and will be felt most urgently by those that live in Putin’s “tough neighborhood.”