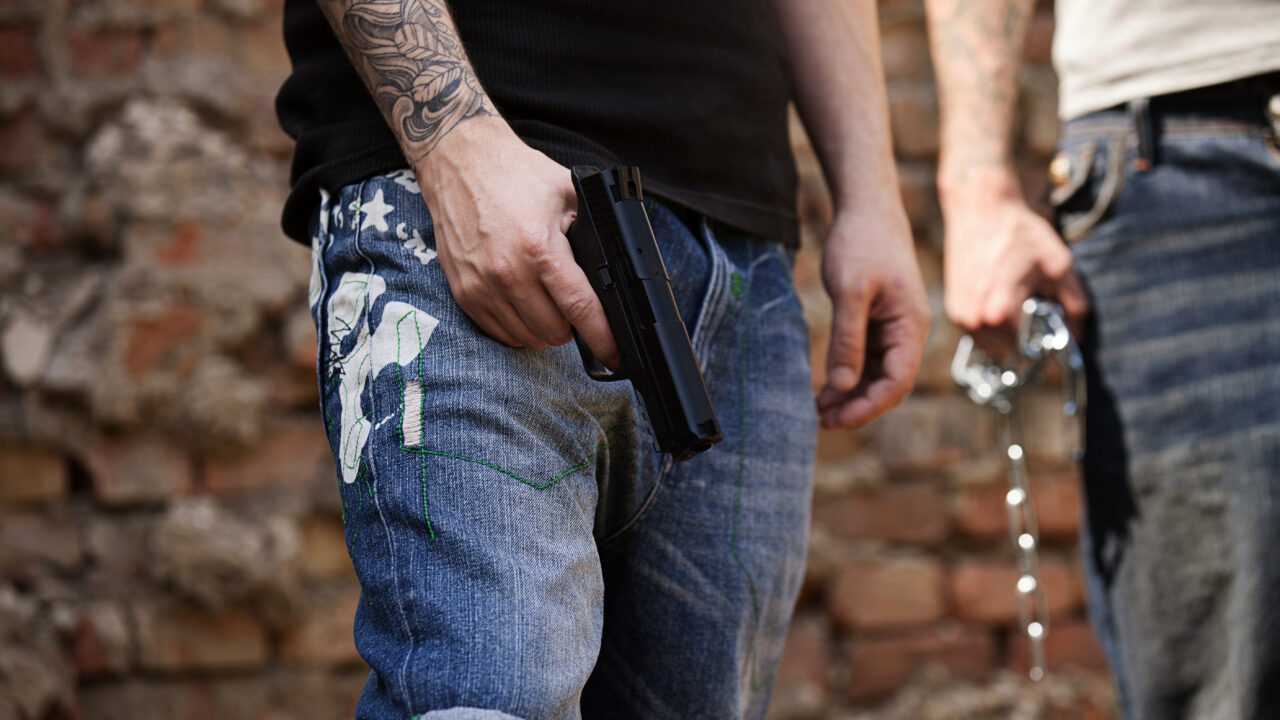 Freedom from want and freedom from fear are the two primary motivators for migration tie directly to the foundational principles of human security theory. The push/pull factors from human security elements range from environmental and economic to political and individual are all motivators for migration (Vietti and Scribner 2013). Examples of these are pushes from droughts and natural disasters (environmental), pulls of better employment opportunities and earning potential (economic), push from persecution (political), and pulls of better education and standard of living (individual).

However, migrants’ human security fears and wants make them much more vulnerable to coercion and exploitation by criminal elements. Organized crime has been an inescapable component of migration and diasporic communities, be it in the form of human smuggling and trafficking or the formation of ethnocentric criminal organizations (Decker, van Gemert, and Pyrooz 2009). The El Salvadorans and the Mara Salvatrucha (MS-13) criminal street gang are among the best examples.

MS-13 was born of the El Salvadoran civil war of the early eighties, wherein over a million people fled the political violence. Many of the refugees were members of the La Mara criminal street gang or paramilitary guerillas from Farabundo Marti National Liberation Front (FMNL) (Insight Crime and CLALS 2018). The large segment of the El Salvadoran “refugee-warriors” displaced to several major U.S. cities provided the perfect opportunity for the formation and rapid growth and expansion of the ethnocentric criminal street gang MS-13 not unlike the Haqqani Taliban Afghans who fled to Pakistan during the Soviet-Afghan War (Zolberg, Suhkre, Aguayo 1986).

MS-13 quickly became a transnational criminal gang when its members began being repatriated back to El Salvador, primarily due to U.S. deportations of felony offenders, who then took advantage of the ongoing instability and insecurity of the Central American state. The massive influx of violent criminal gang members into El Salvador further exacerbated human security degradation. In addition, it increased the number of internally displaced persons fleeing the resurgence of violence (Osuna 2020).

MS-13 has a decentralized hierarchical organizational structure but is unified and coordinated by a ruling council dictating a standard “code of ethics” and modus operandi and the ethnocentric connection despite many cliques accepting membership from other Central American nationalities (Insight Crime and CLALS 2018). Members identify themselves and territory with “M.S.,” “13”, “MS-13” tattoos and graffiti, as well as “devil horns” hand signs using the index and pinky fingers extended from a closed fist.

MS-13 predominately operates within Hispanic communities of major U.S. cities. Still, cliques have been identified in every state within the Continental U.S. and internationally in Canada and other Central American states. Typical MS-13 criminal activity ranges from a myriad of street-level crimes consisting of extortion, street dealing, and robbery to international operations such as human smuggling and trafficking, aiding drug trafficking organizations and providing support to foreign terrorist organizations (Castro 2017).

The protracted security situation created by the El Salvadoran refugee crises has directly led to a spike in transnational criminal activity by MS-13 and muddied the discussions on how to approach both issues adequately. The refugee warriors that initially fled persecution and the repatriation of criminal street gang members have made it challenging to provide adequate refugee and human rights protections while maintaining national and global security. This situation is not unlike the Afghan Pashtun displacement to Pakistan (Loescher and Milner 2005).

In addition, the massive border-crossing migrant caravans coming to the U.S. from Central America presents an incredible humanitarian challenge for policymakers. The attempt to decern a legitimate refugee fleeing qualifying violence and persecution requiring protection and who is merely trying to gain entry as an economic migrant. The violence and transnational security threats posed by MS-13 is the main reason for unclear delineations between refugees and migrants from El Salvador. Initially, the internally displaced persons were fleeing a non-ethnic civil war but are now escaping escalating criminal street gang violence (Weiner 1996).

In closing, migration, be it for economic reasons or forced displacement, is often accompanied by an element of organized criminal activity, and El Salvador’s Mara Salvatrucha, or MS-13, is a perfect example. MS-13 arose out of internally displaced persons fleeing a civil war but became a source of forced displacement after bonding to protect themselves. The security situation MS-13 has created through its transnational criminal activities has made defining the El Salvadoran migrant crisis difficult and only exacerbated the challenges in combating the criminal street gang effectively. Despite the plight of migrants stuck in an unclear status, the U.S. still has a responsibility to protect its citizens and often includes stricter immigration and enforcement policies from troubled states such as El Salvador, specifically in an attempt to disrupt and dismantle transnational criminal organizations like MS-13 (Miller and Chtouris 2017; Vaughan 2018).

Insight Crime, and Center for Latin American and Latino Studies. 2018. MS-13 in the Americas: How the World’s Most Notorious Gang Defies Logic, Resists Destruction. Washington, D.C.