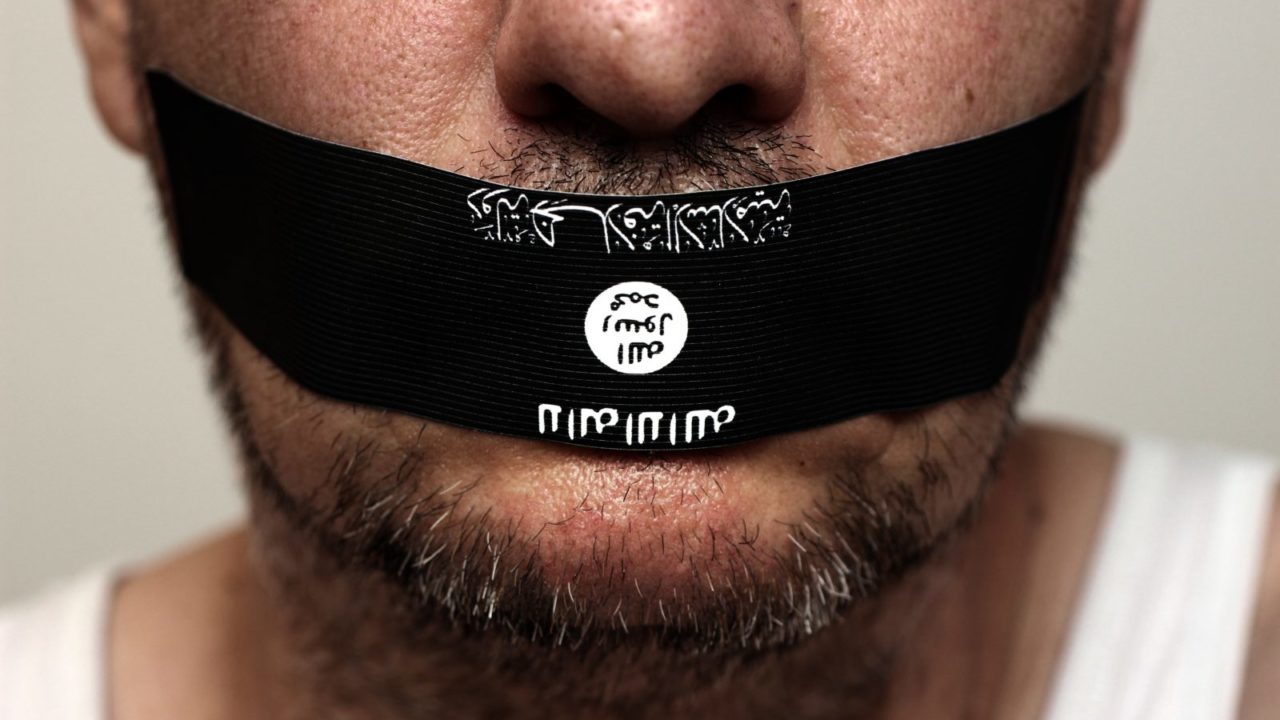 A good man’s life is lost. The world stood back and watched. The question that lingers is, “what now?”

Peter Kassig was as innocent as they come.  He was in Syria to help the people whose lives were being ravaged by the brutal civil war that was going on there.  Then he was kidnapped by ISIS terrorists and threatened with death.  Kassig’s parents prayed and they tried to accommodate the Islamists who held their son. They have learned there is no accommodation to be had. The Islamic State has no reason to show mercy to anyone.

They learned what we already know:  you cannot negotiate with terrorists. You can only kill them.

ISIS… ISIL… the Islamic State… whatever we are calling them these days, is nothing more than a vicious gang bent on obtaining power for themselves. Its claims to support Islam are simple window dressing to justify their actions and whatever gains the IS make.  They are using the tactic of deliberate fear in an attempt to coerce the United States and other nations to stop the bombing campaign. There are those who see them as using the only tactics available.  Those people are wrong.

There are three things we can do:

We face a challenge that is continually being ignored. If there are about one billion Muslims in the world and only 1 percent is a violent extremist that is still about 10 million people. We know that there are more than one billion Muslims and that the percentage of extremists is much greater than 1 percent. Some estimate it to be as high as 20 percent. Two hundred million people who want you dead is a vastly large number.

The interesting fact is that while most Muslims are not extremists, they are not doing a great deal to combat the problem. Saudi Arabia could fund the necessary forces to crush the Islamic State out of petty cash, but they don’t.  They are playing a dangerous game of free determination by not intervening more than they have to considering the threats directly aimed at them. Why? Because they fear it will push more Muslims to side with the Islamic State.

Why do they fear if Islam is a peaceful religion? Look around the world and what do you find in Muslim-controlled lands? They are rich with harsh laws, a religious ruling class with wealth and power, and massive poverty in the remaining masses.  In any time known to the history of man, poverty – as seen by the Muslim world – has been used as a motivation to build armies to smash those who have more wealth or power. It has been the rally cry of violence for centuries.

Appeasing the enemy is not a functional alternative to destroying them. The Islamic State has no alternative except victory or death and they know it. There is no middle ground that will allow them to exist.  Therefore, we are going to keep seeing continued violence from the Islamic State. They are purported to have joined forces with extremist groups in Egypt and may be mending fences with Al-Qaeda.  Meanwhile, we have the Russians posturing for power on the world stage.  I see the Russians playing brinkmanship with our weak President and the distraction is allowing the Islamic State to grow. We may find that the cancer is inoperable by the time we finally get around to doing something about it.

The United States is sending more troops to Iraq in an “advisory role.”  We keep watching the Islamic State hammer the Iraqis and they are barely holding on even with air strikes supporting. We add ammunition to the pot and now is the moment we should be doing something directly.  In the hearts and minds equation, getting more involved is the right thing to do at this moment.  Those who remember the Americans will welcome them back. The Iraqis who understand the depravity of the Islamic State will welcome any who can offer them safety.

Several moments of harsh reality need to take place for a solution. Turkey needs to get over itself that the eastern portion of their nation is majority Kurdish. The Crimean Peninsula needs to be given to the Russians. The reason the Russians want Crimea is because of the ports on the Black Sea. The Russians have always wanted a temperate port for their warships. The fall of the Soviet Union lost them Ukraine and Crimea and they want it back in order to project power as a world leader again. They indirectly aid the Islamic State because Putin’s posturing is allowing a cancer to gain traction. Additionally, our President is weak and has not given the Russians any reason to see strength in six years.

And this puts us in a nice quandary, doesn’t it? The U.S. needs to do something more than we are, but we’re stuck with a leader that has shown he does not have the skill of diplomacy nor the courage of conviction to stay the course and commit to violent action.  I spoke with Congressional Aides about what might be done for Peter. I received emails from Senators and their answer was that nothing is being done. They laid blame on the President for action.

So, here we stand. Peter Kassig is dead. Whatever it is he learned that brought him to a religious conversion, he was taken from this world by the viciousness of fanatics who have nothing but their own power in mind. We face two years of the possibility for no action. If that is the best we can hope for, we may see in two years that we have acted too late. We were too late for Peter. Our government certainly had no concern for him.

A good, innocent man is dead. He was killed and murdered for no better reason except evil men want earthly power to be held in their own hands. The basest reason is they simply want power. You can hide behind disbelief all you wish. War is coming and it will be a violent conflagration. We have no choice. There is no compromise that will allow peace. Frankly, I don’t want a living peace with the Islamic State. I want the peace of their grave.

Leonard O. Benton is retired from active duty military service with 24 years and two combat deployments to Iraq. He left the Regular Army after 10 years and became a National Guard Recruiter for his first tour in the AGR program followed by over 10 years in Operations as Force Protection, CBRN and three years as C-IED. He has an Associates degree and is currently working on his Bachelor’s. He is an amateur metal smith and when he is not working or writing he can often be found in his shop pounding away in the attempt to transform a lump of metal into an icon of beauty or function. His years of operational planning, threat analysis, and a deeply cynical view of our imperfect world leads him to focus on world events and cultural beliefs that tend to cause the most friction and chaos in the world around us. He is a libertarian and he believes in personal freedoms and accountability. The Havok Journal gave him an outlet to express the things he sees wrong in the world and the opportunity to once again provide advice on how to fix it. Leonard can be contacted a leftoftheboom@yahoo.com