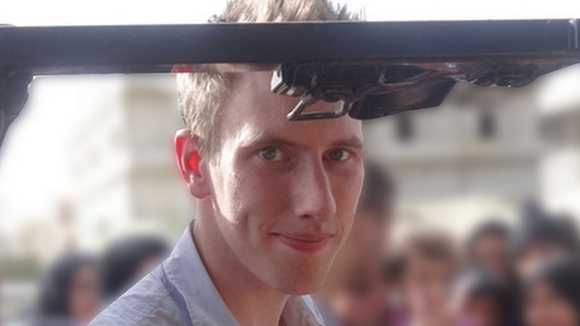 Peter Kassig has recently made headlines in the loss of his life in resistance to his captors in the Middle East. What many have overlooked is how well he represented the United States both before and after his capture, and how selfless he lived his life. This petition aims to recognize Peter with the Presidential Medal of Freedom for the role model he was, and the selfless acts he performed on behalf of his fellow man.

Peter Kassig was raised in Indianapolis, Indiana where he stood out as a Cross Country athlete. In 2006, he joined the United States Army during a time of war, volunteering for and being selected for service in the prestigious 1st Battalion, 75th Ranger Regiment. He served on behalf of his country on a combat deployment to Iraq in 2007, but his stay in the Army was short-lived due to a medical discharge shortly after his return.

As a civilian, he studied political science at Butler University, but quickly grew tired of it. He felt that he needed to do more, and being a man of action – he did. He became an Emergency Medical Technician and soon after left for the most dangerous areas of the Middle East as a humanitarian and aid worker. Soon after, he founded his own non-government organization – Special Emergency Response and Assistance. He was relentless in his pursuit of helping those in need, saving countless lives and representing the people of the United States of America in the most selfless way possible.

Unfortunately, he was captured in 2013 while on his way to Deir Ezzor, Syria. Even in captivity, he cared for his fellow prisoners the best way he knew how, always putting their welfare before his own. Peter lived the code of conduct even in the face of certain death, resisting his captors all the way up until the final moments of his death.

President Obama responded to the news of his death, saying, “Today we grieve together, yet we also recall that the indomitable spirit of goodness and perseverance that burned so brightly in Abdul-Rahman Kassig, and which binds humanity together, ultimately is the light that will prevail over the darkness.”

Peter was indeed an indomitable spirit, and portrayed the best humanity has to offer. He gave his life while working as a humanitarian in the most dangerous areas of the world, providing a glimmer of hope to those who had none. Peter was not the type of person that chased personal accolades, but he is an inspiration to Americans and deserves to be recognized.

We urge the President to consider posthumously awarding Peter Kassig with the Presidential Medal of Freedom for being a selfless humanitarian, saving countless lives with no regard for his own well being, and acting as an agent of change in a war-torn region. Peter should be remembered as a hero and role model; all Americans should strive to embody the principles he stood for.

Our goal is to collect 100,000 signatures before sending a formal request to the White House. Please sign and share this in honor of an American hero.