HomeNational SecurityDefenseChina Creeps Closer: “Creeping Normalcy” and the Threat to the US 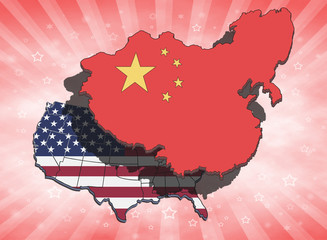 Fueled by a skyrocketing economy and dreams of worldwide dominance, China’s military power is progressing in the Pacific Ocean and around the world through a process of “creeping normalcy.” The U.S. Air Force defines the phenomenon thusly:

Creeping normalcy refers to the way major, and often unacceptable, change can be accepted as normal if it happens slowly, in unnoticed increments.

The above definition is a perfect summation of China’s current foreign policy, and the way that they regularly make abnormal things seem like rational, logical, and appropriate actions. As the name implies, creeping normalcy involves little changes that take place slowly, over time, and that is often unremarkable individually but add up to something big over time.

Take, for example, China’s ridiculous “9-Dash Line” through which (contrary to international law and common sense) it seeks to take for itself the majority of the South China Sea.  Another example is China’s policy of creating and militarizing new islands in the Pacific—something it assured the world it would not do—from which it hopes to seize territory and resources, and to extort, intimidate, and silence its regional and international opponents.  China’s wholesale banditry of the world’s intellectual property is another example of China’s “creeping normalcy:”  it’s “death by a thousand cuts,” and the world doesn’t even know it is bleeding.

Now there’s news that  Chinese “normalcy” has crept closer to the U.S. mainland. China is reportedly in talks with the island nation of Kiribati to lease the rights to an airbase and related infrastructure in the tiny island nation. This blossoming relationship is a bit ironic since the island nation is particularly vulnerable to the effects of global warming, of which China is, of course, the greatest global culprit.

If this deal goes through, it puts Chinese military power about 2,400 or so miles away from U.S. territory. For purposes of reference, that’s a little longer than the drive from New York City to Salt Lake City. Given that the range of China’s Xian H-20 bomber is well over 5,000 miles, the Hawaiian Islands—and their strategic naval and air forces—are an easy round trip flight away. Depending on the weapons and supplementary fuel they are carrying, those same bombers may even be able to range targets inside of California after sortieing from a base in Kiribati.

The Kiribati move is clearly part of China’s efforts to project power past the “second island chain” and into the Pacific Ocean. Over time, incremental moves like this will become normalized, and one day—perhaps, say, in 2049, when China plans to be dominant economically—people across the globe will wake up and realize that world is a much different place… and it probably won’t be a place they will like. But by then, a rampaging China will be all too normal.