It is often subtle differences, slight incongruities, which are the real strength of the individual, making possible extraordinary contributions. And the success of any difficult venture is far more often than not, realized through the collective efforts of a group of individuals, each with their own slight or not so slight incongruities. In the world’s of startups and Special Forces, these individuals are sought out for their differences of thinking, their unique capacities which go against the thinking of others on the team in just the right fashion to provide a balance 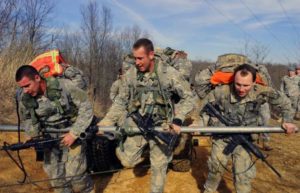 Only this, a balance of the unique skills and incongruities of a team of individuals, allows for successfully addressing the unexpected, arising from the inevitable complexity which greatly impacts decision-making, whether in the unconventional warfare world of Special Forces or that of startups. There is a limit however to the divergence of thinking that can be effective,
to the depth of incongruity, due to one all-import
ant overriding requirement. And that requirement is unit cohesiveness built upon the unique emergent culture of the organization or unit.

There is an ancient Chinese saying:

“A diamond with a flaw is worth more than a pebble without imperfections.”

This is the trick really, the most difficult of tasks for the success of your venture, to find the diamond flawed in just the right way to benefit rather than simply a diamond, even a flawed one. This is very difficult as a diamond is still a diamond which leads us to believe there is value to our team and venture.  But it is not the case every diamond is of value to every venture, simply because the individual represented as this diamond possesses an impressive background, knowledge and capacities with which to contribute. It is still about the balance of imperfections represented by every diamond on the team, about a natural fit with the culture of the unit, organization, venture.

In the world of Special Forces we have a multi-week selection process, a rigorous, body, mind and soul devouring selection process. What those outside this world might find surprising is that for every selection class there are more than a few who complete every bit of the process but who in the end are not selected. The reason for these “non-selects”, as we call them, is due almost entirely to the lack of cultural fit, despite they have proven physical and mental capacity by completing what more than seventy-five percent of those who attempt cannot. This cultural selection process continues throughout service in Special Forces when it comes to duty stations, units and special skills assigned. The saying goes, “you are always being assessed.”

In the world of startups, as discussed in previous articles, there is no selection process, no formal, rigorous process whereby to identify the diamonds and the balance of flaws necessary to venture success. A further difficulty is in the lack of formal cultural awareness, arising from the fact an important portion of the startup process itself is the development and codification of the culture, around the organization’s vision, mission and goals, which may by necessity change. The only solution is for the Founders of a startup to develop a formal, rigorous selection process and to codify the culture of the organization as best they can in the early days before the emergent property of corporate culture is developed and readably recognizable.

A few specific recommendations for startups from the world of Special Forces I wish I had previous to my own startup ventures:

2-      Rather than the esoteric and clever, employ indirect questions that lead to direct answers as to how the candidate would address a real need the team and venture have, forcing a demonstration of understanding and the unique approach the candidate would employ;

3-      Ensure questions are asked by more than one member of the founding or startup team, as no single individual possesses the capacity to see all flaws or cultural balances, or more importantly to clearly recognize the warning signs of an imperfect match;

4-      As a team, compile the responses, with emphasis placed not on specific answers to questions but the instinctual assessment the questioner came to in the questioning, balancing of course for the inevitable prejudicing arising from differences of perspective. 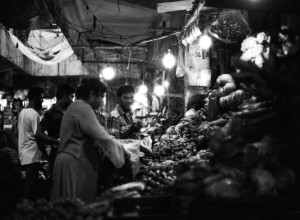 And, just as with the world of Special Forces, know that, even with a formal, rigorous selection process, mistakes will be made and individuals will be invited to join the team who are not the right match for either the individual or the organization.

This is due to the fact there is no such thing as perfect knowledge a priori, and we naturally bias towards wanting to like and work with our fellow humans, particularly those we respect for their backgrounds and capacities. In this case, where the selection process came up short, and an individual joins the team is not a good fit, it is best to sever the relationship at the soonest opportunity as amicably as possible so that both the organization and the individual may go on and prosper.

It is, of course, not always so simple a choice as selecting between flawed diamonds and perfect pebbles. This is a simple process. The difficulty in Special Forces and startups is selecting among a group of diamonds, understanding it is not perfect diamonds we seek, but the imperfect ones. Not simply imperfect, but imperfect in just the way necessary to fill gaps and balance the team, adding substantially and directly to eventual success.

This first appeared in The Havok Journal January 20, 2019.