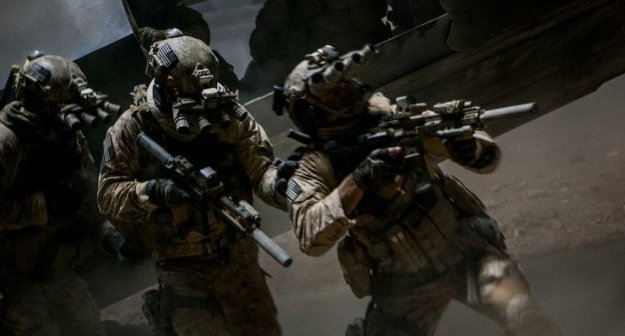 The truly important things, those that change the course of a life or lives require mastery of a domain, the kind of mastery only happens after failure, a series of smaller failures, a major failure, or in those very rare cases, after a series of major failures. This path to mastery of a domain is discussed in Never Quit!, this moving in a quantum walk from failure to failure to final ultimate understanding. This seems to be the advice of experts in entrepreneurship and startup leadership these days, to seek out failure, often and early.

Many years ago, the man who brought me over to the investor side of the table, Jimmy Wu, had us intentionally seek out startup teams that had at least one failure behind them, or at least founding teams with a member who had been in such a failure, preferably a major Silicon Valley failure. There was something Jimmy taught me however that is different from the advice of most experts today, long before these experts were telling us to go out and fail. He taught me, it isn’t about setting out to fail, trying to get past the failure-based learning curve. It’s that certain critical things can only be learned about ourselves by pushing beyond failure.

In everything we do we should do it to succeed, and not only to succeed in a small manner, but ultimate success, success with a capital ‘S’, the kind of success unlocks value and creates sustainable assets. However, even with the most careful planning and preparation, even with all the exact right resources and supports at exactly the right time, there is always the possibility of failure, no matter how hard we work and hustle. And truth is, failure is a constant in our lives, we all fail in small things throughout the day, a tone of voice here, a momentary angriness at a little matter, misunderstanding a colleague, misreading an email or text, forgetting to do a thing, little failures we rarely recognize as a failure.

We succeed in our daily life though, because we push beyond these small matters constantly, these little failures which riddle everyday life. So why is it the larger failures, those mistakes we recognize consciously as a failure, those things others can see and recognize as a failure, why do they shut so many down or prevent so many in the first place from even trying to push forward to ultimate success, to mastery of a domain? 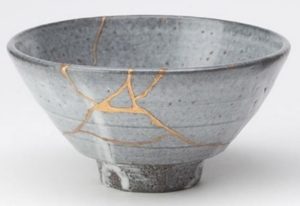 unknown capacities and create new assets. In Fear of Failure, I talk about Kintsugi 金継ぎ the ancient Japanese art of repairing broken pottery using gold in the joinery, an art form based on the concept of wabi-sabi 侘寂 or the embracing of the flawed, the belief perfect things have little or no value, that it is the flaws and experiences of overcoming these flaws alone that is the value of things. Pushing beyond failure requires we understand this concept, that it is our flaws and their repairs, the mistakes we make and the lessons learned which make us a far more valuable asset.

We cannot accept our personal flaws in the first place however, cannot unlock and improve our value, using wabi-sabi based kintsugi if we continue from a place of accepting the 3 great fallacies modern Western Civilization is increasingly based upon. In Personal Accountability I discuss these 3 great fallacies, as defined by The Johnson Family Professor of Psychology at Harvard, Steven Pinker, in his book The Blank Slate: The Modern Denial of Human Nature. These are the Blank Slate, the Noble Savage, and the Ghost in Machine, 3 fallacies which obviate the concept of personal responsibility, the taking of direct personal accountability for our choices and actions which is so critical to pushing beyond the type of failure leads to ultimate mastery of a domain and to ultimate Success.

In addition to accepting our flaws and taking direct personal responsibility, there is one final critical element to pushing beyond failure, to mastering a domain and creating of ourselves a far more valuable flawed asset. And that is an honest and thorough understanding and acceptance of ourselves, which is perhaps itself the single most important piece to turning failure into Success. This does not mean understanding the pieces of ourselves, but more, how they all fit together.

In Market Research Matters I discuss how a lack of knowing and more importantly understanding our marketplace in great detail prevents our ability to know the current Most Dangerous Course of Action and Most Probable Course of Action of our competitors and the market as a whole. Not knowing the current MDCoA and MPCoA of our industry and the participants within makes the right kind of failure impossible as it always leads to the complete and utter kind of failure, the kind cannot be recovered from. This is no less true of our own personal MDCoA and MPCoA.

So, accept your flaws, the broken places, fill them with golden joinery and make of yourself a far more valuable asset, a personality, an individual others want to work with, to build the future with. Take direct personal responsibility for your successes, but far more, take direct accountability for your failures, small and large, be someone others can trust when things are going well and even more when they are not. But far more important to pushing beyond failure to Success, know how you will respond to the world around you and within you, know what your very most current MDCoA and MPCoA are so that you are never surprised by what you yourself do, in good times or bad.

This first appeared in The Havok Journal in December 2017.

Passionately engaged in leveraging diverse experience and skills developed during 30 years in technology, entrepreneurship, startup investing, and Special Operations to identify and develop the next generation of startup leaders globally.