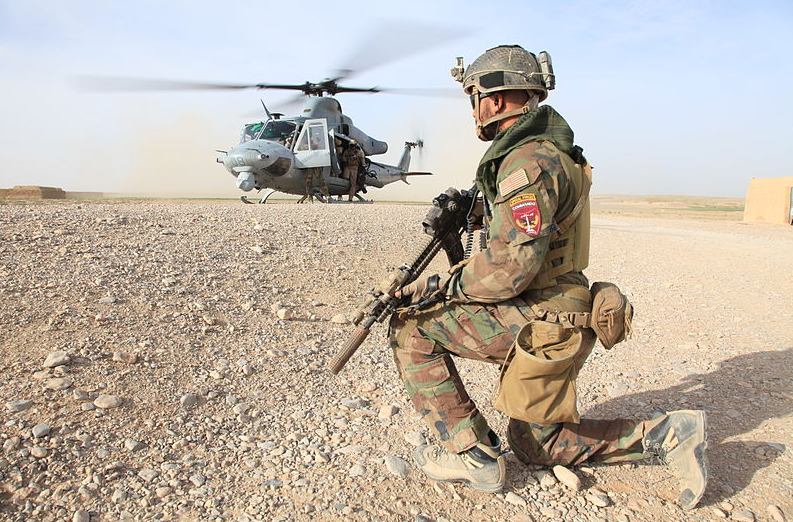 Though I played a year of football in high school, for the most part, those sports I participated in growing up were solitary, distance running, skiing, and later triathlons. Later in life, this led me to approach all endeavors, whether business, personal or athletic, as individual sports to be accomplished through substantial personal dedication and effort almost solely. This mindset carried with me through my first two Silicon Valley startups and later as an analyst and investment advisor. In the good times, it worked well. However, when things got hard, as they always do, this individual effort mindset became a great hindrance to success.

Unfortunately, this same mindset went with me into Special Forces, where it caused considerable difficulties and on more than one occasion nearly ended my pursuit of becoming a Green Beret, both in the Qualification course and after. It was not that I was antisocial or unwilling to contribute to the success of the team, quite the contrary. Where the problem resided was in my belief that what I was striving for was personal progress and development leading to a greater personal contribution level rather than the progress and development of the team as a whole.

It was a very long and painful lesson to learn that nothing we do is individual, that there are no successes but through a combined effort of a team. In truth, all successes are only realized through complex webs of collaborative relationships. More precisely, working as an integral part of a team. Now that I am back in the private sector analyzing startup teams and leading my own team of highly qualified individuals I owe a substantial debt to the uncomfortable lessons earned during Special Forces Selection, the Q Course, and my years on an Operational Detachment Alpha after.

Following are five of the more critical teamwork lessons learned from becoming and serving as a Green Beret:

These lessons apply equally well in the private sector and expand far beyond your immediate team to the greater business network your company belongs to and the team these external relationships reflect. This is no more true than with your investors, who are absolutely an integral part of your team.

It is natural for startup teams to develop an adversarial relationship with their investors. I’ve done it quite unintentionally myself. Till an investor taught me a painful lesson I have never forgotten, that he and his firm were integral teammates, critical to our eventual success. A lesson I learned through withdrawn financial support leading to business failure, supports our investors would have been willing to extend had we not developed an us-vs-them relationship, and had we taken into account the needs of all of our teammates.

In its most simple form, the lesson learned from Special Forces is, life and business are team sports, treat them accordingly. Be a solid teammate and you will ultimately know your own success. Perhaps far greater than you could have individually foreseen.

E.M. Burlingame is a Silicon Valley techpreneur and later Private Equity investor and Investment Banker with emphasis on very early-stage technology companies. Having recently completed active duty service with 1st BN 1st Special Forces Group, EM is now serving with 20th. EM is currently Founder of the Honos Foundation, a non-profit dedicated to empowering local entrepreneurship in violence repressed areas and Founder and Managing Director of Emerio Group, an early-stage investment advisory. Following a degree in Strategic Studies and Defense Analysis at Norwich, EM is now pursuing PhD studies in Interdisciplinary Engineering, with an emphasis on Computational Engineering at the University of Alabama at Birmingham.

This article first appeared in The Havok Journal on September 28, 2016.