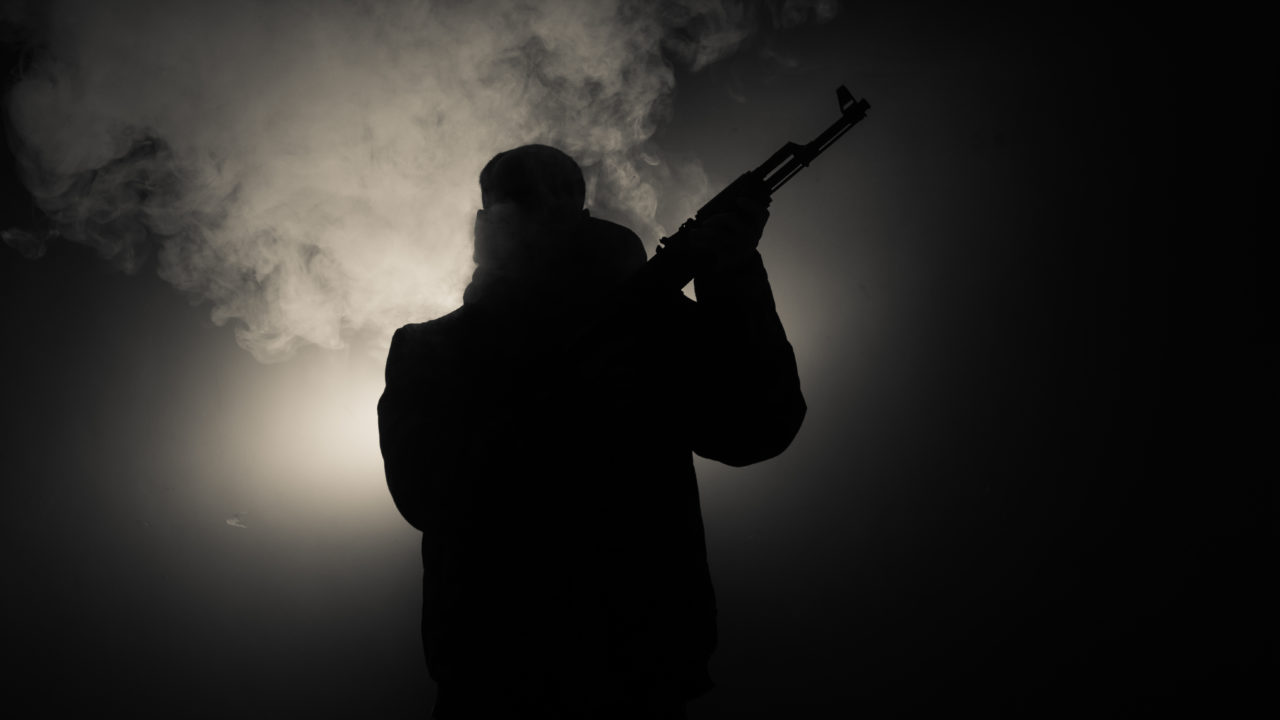 Editor’s Note: Our friend Brian Kolfage over at Wounded American Warrior tipped us off about a veteran down in Florida who received a series of intimidating messages related to a possible threat tied to this upcoming Veterans’ Day.  Personally, I find it VERY disturbing that the veteran in question, who is still on active duty, was instructed to hush it up.

Read a short excerpt of the story below, and then head on over to Wounded American Warrior to read the rest.

A friend of mine who happens to be prior Air Force Security Forces, who then took the plunge into the Army, received two death threats at his residence outside of Miami in Palm Beach County, from a suspected Islamic State sympathizer. He wishes to remain anonymous so I’ll just refer to him as a ‘soldier’ 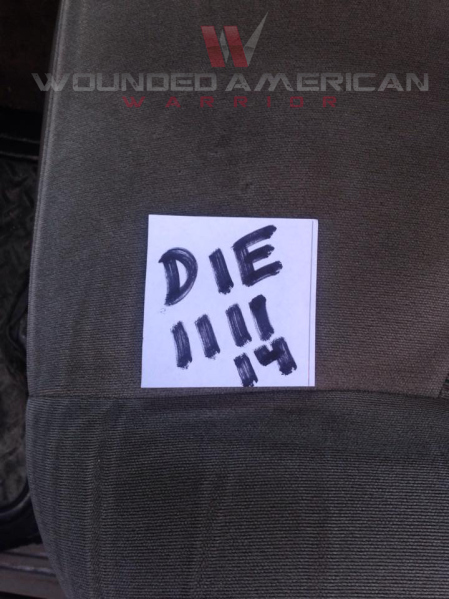 On October 9 2014, the soldier’s wife went outside to check the mail, upon arriving at the box she noticed a handwritten note that stated “Die 11/11/14″. When she walked back up the driveway she noticed another message written on her house with a permanent marker that had a circle with a line through it, with the date 11/11/14.

This day is very significant for many Americans, Veterans Day falls on this exact date this year.

Upon further investigation, it was revealed that the incident had to take place in the early morning of October 9, 2014. The soldier stated he was outside just prior to midnight on October 8th and didn’t see anything suspicious.

The police were notified about the incident and stated they believe the threat to be “credible”. They are providing routine checks of the residence, however, the soldier and his family feel that they are not safe at home anymore.

Recently an Islamic State militant posted on social media encouraging ‘lone wolfs’ to seek out veterans on Facebook and ‘slaughter’ them in their homes. These cowards don’t know how to fight, they run and hide and make threats to people when they can’t be seen. Just like the insurgency we saw in Iraq, we now have one in our own backyard, and the Obama administration is allowing it to fester with political correctness and appeasement.

Just last week President Obama had a personal letter hand-delivered to the Oklahoma beheader’s mosque praising them. This is the epitome of appeasement, yet the victim’s families didn’t receive any letter from the President. Just whose side is he on?

The soldier stated that there is a large Muslim population where he resides, and any of them could have seen him outside of his home while wearing his uniform. He speaks and attends many public gatherings related to military and veteran events, which makes him a soft target for anyone looking to threaten his family.

It was only last month that Muslims rallied in Miami to support the terrorist group Hamas and attacked many Jewish Americans in the area, this area is becoming a terror hotbed and authorities are trying to keep it covered up.

Read the rest of this important story over at Wounded American Warrior.