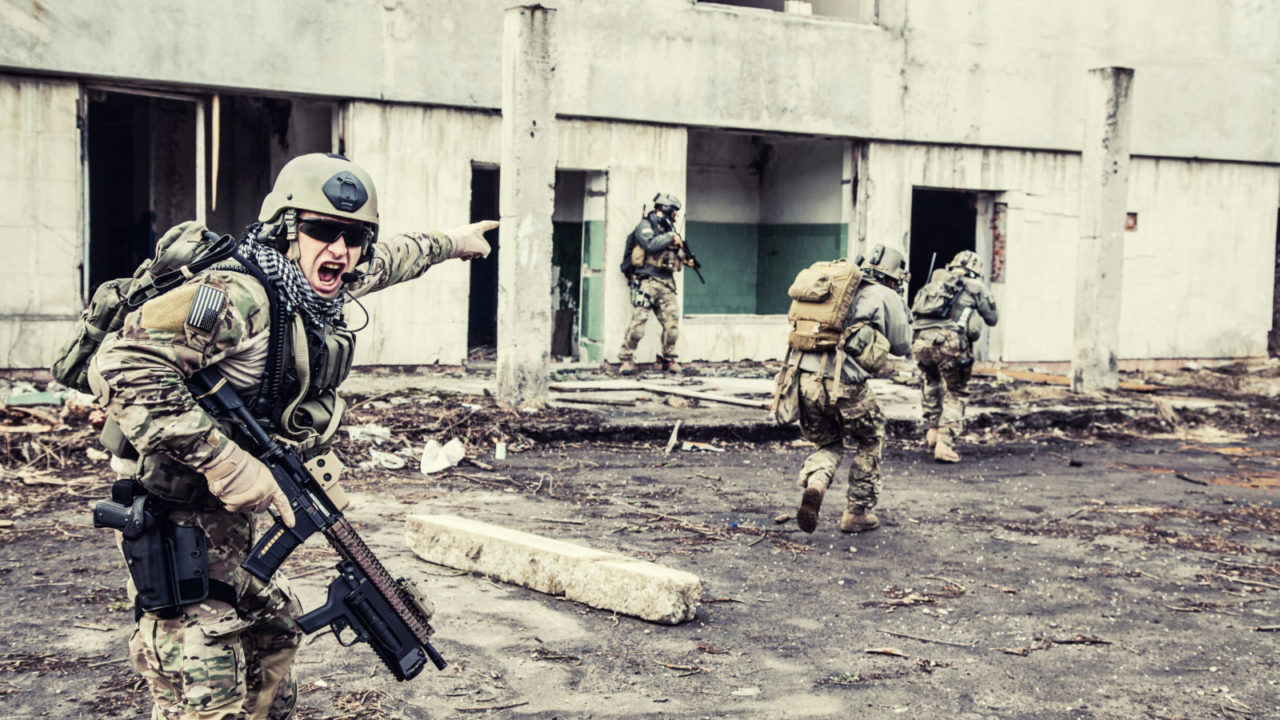 To understand Jade Helm 15, and why this type of training is important, people need to understand two major key concepts. The first is Unconventional Warfare (UW); what it is, why it is used and the training required to become proficient at it. The second is the internal fight within the Special Forces community on the UW vs. Direct Action (DA) mentality.

I’ll start with the second part because the UW vs DA fight is integral to Jade Helm 15. To ensure everyone understands the official military definition are as follows:

UW – Activities conducted to enable a resistance movement or insurgency to coerce, disrupt, or overthrow a government or occupying power by operating through or with an underground, auxiliary, and guerrilla force in a denied area.

– DA is Seal Team 6, flying into Pakistan, landing in a compound and killing Osama Bin Laden.

– UW is 2-3 specially trained Allied troops parachuting into France during WW II, to link up with the French resistance. Once they had linked up they would help them be more efficient through better training, equipment and intelligence in order to practice guerrilla warfare against the Nazis.

A few years after 9-11 there was a noticeable shift within Special Forces, from UW to the “sexier” DA. For those who don’t know I want to break down the differences between the two. The typical DA mission (please understand these are generalities) is over in one night. The assault force is notified and they load helicopters, or get in their trucks. The assault force travels to the objective where they will either stop short of the target, and walk the rest of the way in, or they go all the way up to the objective and do what is called a “rolling assault” (for vehicles) or “landing on the X” (for helicopters). Hit them, hit them fast and hit them hard.

The assault force breaches the compound, and clears it as quickly as possible. Once the objective is secure they begin the Sensitive Site Exploitation (SSE). This will make sure that they leave the objective with all available intelligence that can be exploited later. While the rest of the team is conducting SSE, the designated person (often it is the 18F) will begin the tactical questioning (TQ). TQ is difficult but the intent is to question the individual while they are still stunned and half asleep, to get any intelligence for follow on targets, or get a baseline of information that can be turned over to the detention facility. If a follow on targets is exposed, the assault force will finish up, and a quick plan will be disseminated, prior to moving on to the next target.

In 2004, Special Forces was tasked with creating an Iraqi special operations/counter terrorism unit, the Iraqi Counter Terrorism Force (ICTF). Special Forces DA teams worked with them nonstop until the United States pulled out in 2011.

These missions were similar in appearance, tactics and equipment that was the hallmark of Delta Force. Shaping the World from the Shadows: The (Open) Secret History of Delta Force, Post-9/11 (Part 2)

Following the swift fall of Saddam Hussein’s Ba’athist regime, Delta took up residence alongside their UKSF brethren of the SAS (and SBS) in Baghdad at their new home base. From ‘Mission Support Station (MSS) Fernandez’ — named for the late Master Sgt. — Delta would redirect its focus to the art of man-hunting.

The Unit’s initial target was the ‘deck of 55′ — the most wanted members of Saddam Hussein’s government. The deck was headlined by the Ace of Spades, Saddam himself, along with his sons, Uday (the Ace of Hearts) and Qusay (the Ace of Clubs).

Shaping the World from the Shadows: The (Open) Secret History of Delta Force, Post-9/11 (Part 3)

By 2005, JSOC had become extremely adept at enabling Delta and other direct action units to do what they do best. Never before was the Unit so well supported from above, alongside, and behind. F3EAD (Find, Fix, Finish, Exploit, Analyze, and Disseminate) became the order of the day, and the finishers of this particular equation finally had a supporting cast to match their considerable talents.

Then in 2006 General Stanley McChrystal took over and with the rise of Zarqawi, and the Iranian backed Shia Militias he was able “to rebuild the Command, empowering JSOC to take shape as a proactive, self-contained terror-fighting powerhouse on a scale never previously imagined.”

In 2007, after seeing the success of the ICTF and the dismantling of the Zarqawi network by Delta, Special Forces were ordered to stand up the Afghan Commando’s a “Ranger like” DA force. To this day Green Berets work very closely with these units. (Here is a great video of Green Berets, Afghan Special Forces and Afghan Commandos.) It became the mission each deployment, that was fought over or given to the best team.

DA in all honesty is fun and exciting with immediate gratification. You know within hours whether you got “Jackpot” or if you will have to go after him again. Either way the assault force usually will be heading back that night.

There is nothing short “duration” about Unconventional Warfare. UW by its very nature takes a long time. It is a life and death version of chess. Always thinking 3-5 moves ahead. Working with multiple groups who very often have shifting loyalties and/or motivations. It is a thinking man’s game and to be good at it you must be part Psychologist, mentor, motivator, father figure, and extremely intuitive. The ability to build rapport and to create a bond takes time and patience. I talk about the Importance of Rapport here. An effective UW campaign can be as short as a couple months, to decades or longer. It is not marked by major milestones or victories that can easily be quantified, but to be relevant in the future we HAVE to hone this skill set.

Now that you understand the difference between UW and DA, it’s time to explain how Jade Helm ties in.  Stand by for Part 2…