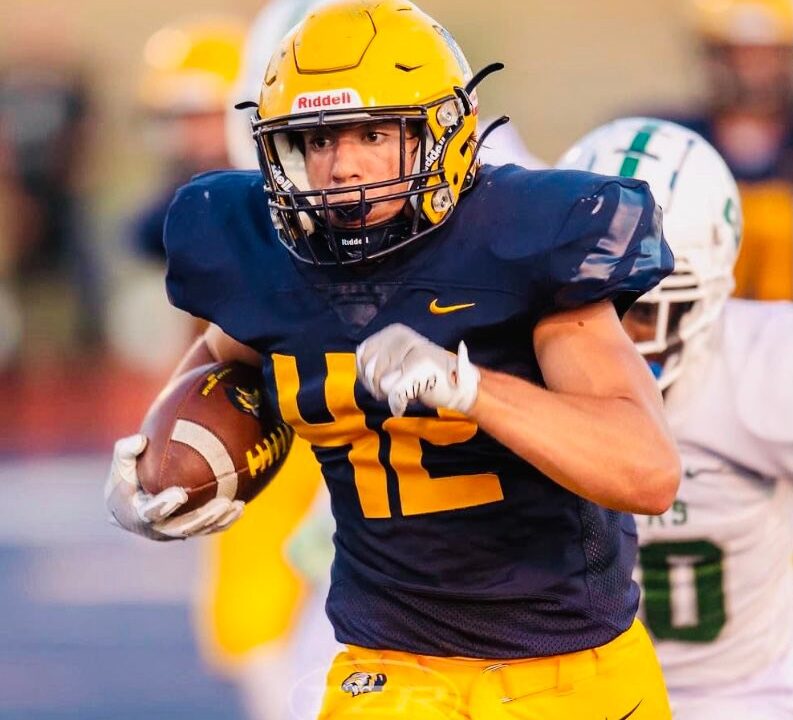 For those who didn’t grow up with me, I am from the small town of Hadley, Michigan. To get to anywhere from where my house was, I would get out to Baldwin Rd., and either go right (South) to Oxford or left (North) to Lapeer. It was an equal distance to each town for me, but because of where the county line fell all of us from Hadley attended Lapeer schools rather than Oxford.

Having that said, the tragic events involving the shooting at Oxford High School hit very close to home for me. Oxford is a small community of just over three thousand residents in the village. It is a place that I frequent often. Many of my fellow classmates now live in Oxford and had children in class when this incident occurred. My heart goes out to every student, teacher, employee, parent, and family member who was affected by this senseless event.

The day it happened I was sent screenshots of text messages from students whom I knew from Oxford to their parents as it occurred. Not knowing if they would make it out alive or see their family again. It was real, it was raw, and it was something that no parent or child should ever have to go through.
You don’t have to be struck by a bullet to be a victim. The amount of trauma this event will cause others over a long period of time is unmeasurable. While we honor and remember, the now four victims who have passed away (Hana St. Juliana, 14; Madisyn Baldwin, 17; Justin Shilling, 17, and Tate Myre, 16) I believe the entire school and community are victims.

Every student is a victim. Their parents are victims. Teachers are victims. Siblings who attended elementary schools and junior high in Oxford are victims. Even the students in nearby districts like mine of Lapeer Community Schools are victims, as well as those in small towns all across America. Because “NO CHILD SHOULD BE IN FEAR OF OBTAINING AN EDUCATION AND ATTENDING CLASS BECAUSE THEY MAY BE SHOT.”

I want to take a moment to honor a young man who sacrificed himself so others may live, and that is 16-year-old, Oxford H.S. student and football player, Tate Myre. Tate was one of the four students who was randomly killed in the tragic shooting. According to several, on scene, eye witness accounts, Tate heroically rushed the suspect and attempted to disarm him when he sustained gunshot wounds in the process.

Tate’s selfless act of bravery gave his classmates the time they needed to move away from the threat and to safety. These seconds saved lives! Tate was found critically wounded as the OCSO Deputies that responded to the scene carried Tate to a marked unit so they could immediately transport him to medical care. However, Tate did not make it to the hospital and died while they were trying to save this Hero.

People who knew Tate say that he was a hardworking and respectful young man, as well as a standout Junior athlete at Oxford High School. Tate had played on the school’s varsity football team since his freshman year and had the potential to play at the collegiate level after high school. Outside of the football field, Tate excelled academically as well by maintaining a 3.9 GPA. He had just returned from a visit to the University of Toledo this past weekend and had aspirations of attending Michigan State University, Grand Valley State University, Wayne State University or Texas A&M University to further his education and play football.

There has been talk about renaming the school’s “Wildcat Stadium” after Tate and I absolutely believe that this should be done immediately. Tate is a legend that I feel we should all remember for generations to come. Remember him for his extreme levels of intrepidity and valor. He sacrificed his life without regarding his, so that others may live. In the military, this act of bravery could warrant an award so decorated as a Silver Star, or even the Medal of Honor. However, Tate was a high school student, not a soldier. He was in his school, not on the battlefield. Yet he acted in a manner worthy of recognition for the lives he saved. Please take a good long look at this young man as……”This Is What A Hero Looks Like!”