HomeNationNewsflash: The News is for Profit 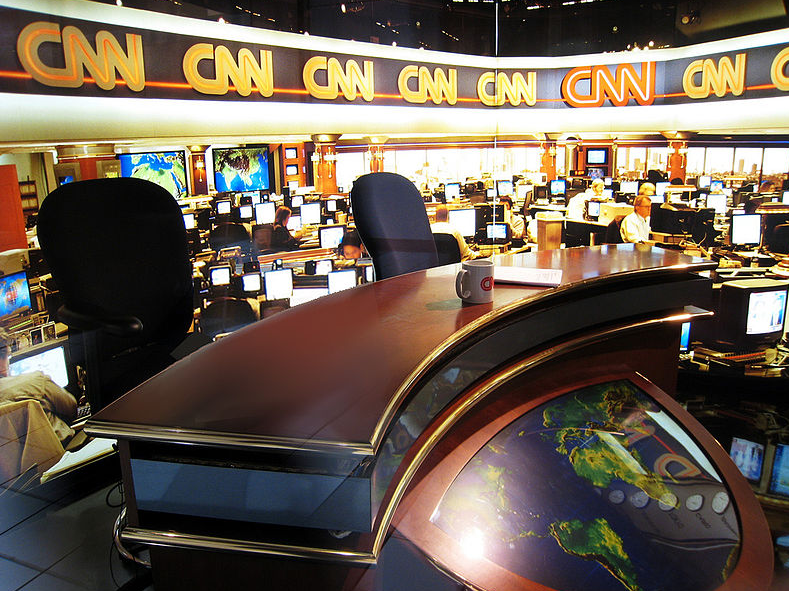 In school, I remember learning about the Spanish-American War. One of the reasons cited for the US going to war against Spain was the alleged sinking of the USS Maine by the Spaniards. What actually happened to the Maine is unclear (many assume it was an accident that caused it to sink), but what is clear is the part the Media played in the war. Newspapers at the time wrote inflammatory articles about this, blaming the Spaniards. They whipped up Americans into a fury, frothing at the mouth in anger wanting to seek retribution.

There were two competing newspaper publishers responsible for this, Joseph Pulitzer (for who the journalism/literary prize is named) and William Randolph Hearst. The two newspaper owners competed for readers by publishing sensationalist articles with a limited basis in truth. It was known as Yellow Journalism. In an era when newspapers were the only real source of news and readers had no way to fact-check what they read so they assumed it was true. When I was in grade school we learned that this was a dark time in American History but that it was limited to that era. This couldn’t be more wrong. Here’s the reality.

Yellow journalism is alive and well today in a much more sophisticated form.

The goal of those who profit from the news is to make as much money as possible, period. This has been and will continue to be the standard operating procedure for every and all distributor of news.

Case and point, fast forward to the Vietnam War. Walter Cronkite, America’s most trusted newsman at the time, almost single-handedly turned American opinion against the war. During the Tet Offensive in 1968, North Vietnam launched a surprise offensive throughout South Vietnam. Although they made gains they were quickly defeated by US forces and forced to withdraw into Cambodia, Laos and North Vietnam. Overall, it was a tactical (if not strategic) defeat for the NVA.

While reporting on this during the evening news (the place most Americans got their news from at the time), Cronkite said, “What the hell’s going on here? I thought we were winning this war?”  Shortly thereafter, in a news commentary, he referred to the war as a quagmire and unwinnable. Despite this being what would be referred to today as an, “opinion piece”, it had a profound effect on the nation. Americans all over were swayed to agree with Cronkite’s opinion. After all, he’s Walter Cronkite! As an anchorman, he is sworn to tell the truth and only cares about broadcasting the truth!

A dejected President Johnson, realizing the almost absolute power that media had over the American public, said, “If I’ve lost Cronkite, I’ve lost Middle America”. No real attempts were made to defeat the NVA after Tet, Johnson resigned, and Nixon began troop withdrawals.

We could assume that Cronkite was being altruistic, sharing his feelings about the war. The reality is that, as a CBS news anchor, he was competing with ABC and NBC for ratings. Ratings equal dollars, more people tune in, and more commercial time is sold for higher prices. That’s the essence of media. Pulitzer knew it, Hearst knew it. It was standard practice then and remains that way until this day. Cronkite’s statements cemented his reputation as America’s most influential newsman and, more importantly, ensured lots of revenue for CBS.

My Mom was a big “Today Show” fan. I remember as a kid watching an NBC Commercial that aired during a break in the show. It said, “NBC News, America’s most watched news network”.

“It’s been a while since they could say that,” my Mom said, pointing out what I had failed to realize up until that moment. The major news networks (NBC, ABC and CBS at the time) are in constant competition with each other for viewers. More viewers = more money. Revenue is the bottom line in every industry and the news is no exception. The media is under no obligation to report the truth, they aren’t required to tell both sides of a story, they can lie all they want and there are little or no repercussions. So, at that point and time, NBC news was the top earner.

Today the Big 3 (What CBS, NBC, and ABC used to be called) compete with CNN, Fox News, and thousands of online media venues. That spreads the revenue even thinner, with many more competitors competing for the same amount of money.

So how to compete in this environment?

So, you might ask yourself, how is this news? The answer is, in its purest form, it’s not. It’s marketing. Media is marketing and marketing is media. Do whatever it takes to make more money and be better than the competition. Despite how people feel about President Trump he often speaks the truth about, “Fake News.” He has chosen not to try to work with the media as all other presidents and politicians have done. More importantly, he has attacked their credibility, which in turn affects their bottom line. I’m not supporting or defending his actions as POTUS but it’s food for thought in terms of the power media has and what happens when you challenge it.

What’s the solution? Gather your news from as many venues as possible. If watching TV, hit all of the major news networks. Watch local news as well, their spin apparatus is less sophisticated so, by default, it can be more accurate. While online, do the same, view multiple sources. Pay particular attention to how competing venues cover the same story. A piece on Russia/Trump collusion of Fox News will have nothing in common with the same story on CNN or MSNBC. Don’t assume either one is more credible than the other, trust me, they’re not (Sorry Jim Gagliano, you’re definitely a voice of reason in a sea of insanity and you bring some common sense to CNN, but they are a big part of the problem, along with FOX and MSNBC). Try to filter out as much extreme content as that is where the most marketing value lies. 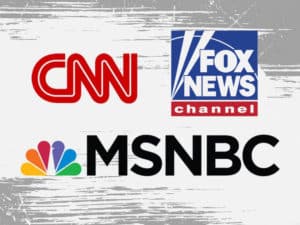 On social media, don’t just have friends who think like you. Have a couple that are your exact opposite. By comparing the extremes you can better strain out the fake news and figure out the truth. I have a few Leftist Spies on Facebook that don’t realize they are passively feeding me the latest propaganda and I have more friends on the right that do the same.

Fact check what you view and read and talk with friends and co-workers about issues. They’re generally not in a position to make money from spreading information. Also, they generally aren’t on the extreme poles in terms of liberal versus conservative issues. Case and point: My father is what I’d classify as a liberal. In turn, he considers me a conservative (remember the good old days when it was the other way around?) Face to face, we’re in general agreement about a lot of issues like most liberals and conservatives probably are. But, then again, we don’t view each as financial competition, just two dudes talking.

Remember that the guy or gal reading the news is pretty much just an actor or actress reading from a teleprompter (think Ron Burgundy). I’ll give a little more credit to those who pen articles for newspapers, magazines, and online content but they’re also competing for the same pot of money just like everyone else. That’s why most news content on and off-line you read is full opinion and tends to either show strong support or opposition for a particular topic.

Controversy sells. Think how many times you read an entire article you didn’t agree with, calling the author an idiot as you read it. If it’s online, maybe you go back to that same page in the future to see what other stuff the, “moron” is spewing, maybe even toss in a couple of negative comments in the feed. Watch the sponsors grow as more people tune in and comment, even if it’s all negative. What matters is you are viewing it because that results in profits for the producer.

So I’m Nick Perna and that’s the way it is. Unfortunately, it’s not the way it should be.

This first appeared in The Havok Journal on October 4, 2018.