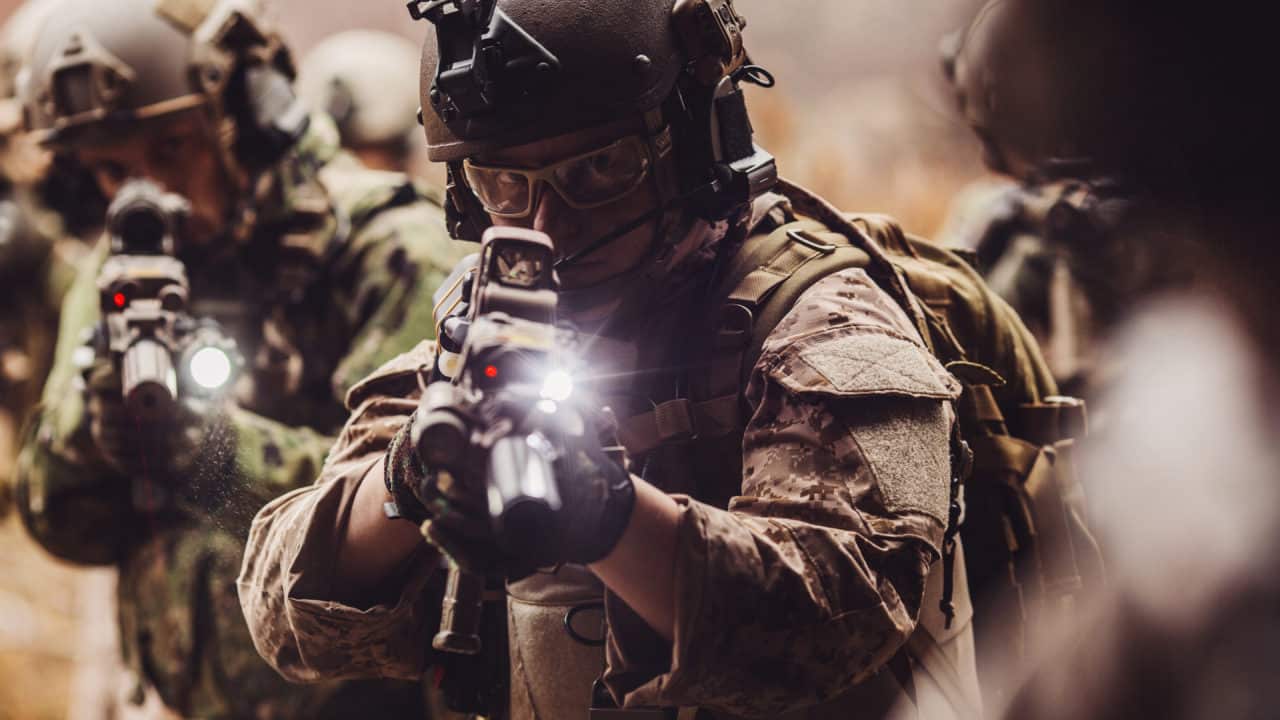 It was several months before my first deployment with 7th ESB Support Co when LCpl Stevenson showed up at our shop. (He was a PFC at the time) I, at the time a LCpl, was a welder in the Heavy Equipment Platoon. Stevenson was a machinist, and was the only one in our shop in about 15 years. We were all pretty stoked, however, having that pressure on him as a “boot” was overwhelming. Though, having him around took some of the heat off the welders when it came to trying to extract objects or come up with last minute crappy tools we had to make to do a job. Stevenson never let any of  that pressure get to him. He was always squared away, and after getting to know him as a person, I knew he was a squared away Marine.

As welders, we worked closely with Stevenson and we grew a bond. We were family and we were there for each other. A few months after Stevenson arrived we received our orders. We were headed to Iraq. (We would leave in February of 2008 and come home in September.) It was a moment that most of us had waited for. We were pretty nervous since, for most of us it was our first time, but we were ok with that since we had built a bond. The time came and we said our good byes, which was harder than any of us had expected. However we had each other to lean on now and for the next 7 months.

Our time in Iraq was spent coming up with ways to keep the Iraqi’s from putting IED’s in culverts, and coming up with other ways to prevent IED’s from being placed in other areas. We were little machines and being in Iraq that was ok. We wanted to be busy, any down time just made missing home that much worse. Stevenson spent many nights staying up with us when we were working long hours to make things for up coming convoys. We took turns going on convoys and being a part of what had to be done outside of the wire. We kept each other sane. We all had our moments and we all felt free to talk to each other about it. We were young Marines, me being the oldest at 22, in a desert, and forever in danger. We never kept anything from each other, and even if we tried, someone would know.

We joked around with each other and most of the time were the ones playing pranks on others, just to keep everyone motivated and in high spirit. I remember spending our slow days talking to Stevenson. I confided in him a lot. I have a son, who at the time was only 1. He always let me ramble and listened to me, even let me shed a few tears.

We were in our 5th month of deployment and had 2 months to go. We were in the home stretch! We were so close and we felt it. At this point nothing could keep us down. At least I thought. It was a Sunday, July 13th to be exact. On sundays we worked 1/2 days, which means we didn’t have to be to work until 12. I usually took this day to sleep in and go to the PX. But not this morning. I got a knock on my door. Something that never happens, especially on a sunday. One of the welders, Robertson, was at the door telling me we had an emergency formation. So I grabbed my rifle and I headed out the door. It was already sunny and for once it was clear. When I got to where we had to met, which was at the company office, there stood my whole company. My first thought was that there was a convoy that was needed. But things just didn’t feel right. Everyone was there, officers and all. And everyone was still in their pt gear, no cammies were in sight. That should have been a red flag to me.

When my Company Commander came out, he looked uneasy. He always started with “Good Morning Marines!” And we always replied loud and clear. But this morning he sounded different. His voice was shaky. I’m still not sure how he held it together, but he did. He had informed us that one of our Marines was killed early this morning. As I stood back, I tried to find all my Marines, however one was missing. 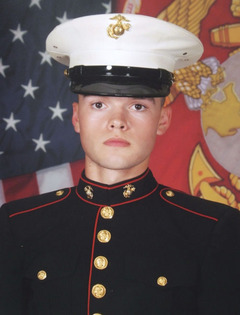 He informed us that LCpl Stevenson was no longer with us, and that he had found him. At this moment I tried to make sense of it all. It couldn’t be Stevenson, this had to be a dream. We were buddies and we told each other everything. The Captain continued to tell us that he himself had found him, and was lead to the conclusion that it was self inflicted. At this point I was overwhelmed and confused. Stevenson would never do something like this, and he sure as hell never let on that he felt this way. He was my little brother, I protected him and he protected me. This moment I failed. My brother was dead and from what we were being told, he took his own life.

Days led in to weeks and we were always trying to come up with reasons as to why this happened. We were so close to the wire, and the gate, that we started to think that an Iraqi had some how gotten across that wire. Still nothing made sense. And even after 5 years, it doesn’t make sense. We held a ceremony for him where I was able to talk about Stevenson and how I saw him. At that moment, everything came crashing down on me. Right then and there everything became real. The desert was evil and had taken my brother. I was still so lost and confused as to why he did what he did, or whatever had happened. He never showed any signs! We had been briefed and briefed and briefed on these situations, and non of those situations arose with Stevenson.

He was and still is a motivated, dedicated, Marine.

My most memorable moment of Damian Garza and John Henderson from 3/75 Mortars was Afghanistan in 2005 right before they died. Garza would say some of the most flamboyant shit to me like, “hey I’m going to the shower you want to join?” haha or blow me kisses when everyone was going to sleep. He was also a good friend who would push me to keep going on those PT death runs in the middle of the day. And Henderson was brand new to the unit and had a big tattoo on his ass that said ‘southpaw’, which he got because he drank only southpaw beer for a whole year. When I first saw it I was like “What the fuck!?” and then had him show our team leader because I could not stop laughing. They are great rangers that I will never for get. RIP brothers.

I have the distinct misfortune to have to choose which friend I want to tell you about.

I am a Pararescueman in the USAF. Combat search and rescue is our primary mission, and we take pride in our motto, “That Others May Live”. I wake up every single day, my teammates and I, saying one thing, and one thing only to our brothers in arms. “No matter what- if you are hurt, lost, or alone. Even if you’re dead- you will come home. I will literally risk and lose my life in the process, but I swear to you and your family, you will rest back home with your family.”

I went through the pipeline with a guy named Ben White. Ben was one of those guys that you just could not make angry. He was from Tennessee and proud of it, loved being on team, loved the worst parts. One morning, we had a six mile run evaluation. Another guy on the team was having a hard time, had failed the last eval, and was in danger of failing out of the selection course. 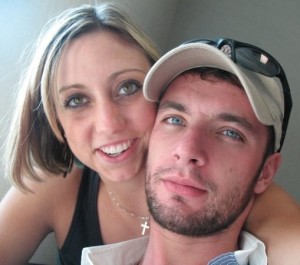 Ben walked down, at 0515 on a cold Texas morning, and bent over at the waist in front of Zidel (the guy having problems).

“What’s that Zidel’s legs? You wanna be Ben White’s legs? I’ll bet you do!”

It was absolutely hilarious. The best part of the story? Ben ran with Zidel, even though Ben was much much faster. They both passed by 10 seconds, and ended up graduating the course.

Ben was on Pedro 66, the callsign of a helicopter we lost in June of 2010 in Afghanistan. He was shot down picking up an injured British soldier that was dying. I can’t say for sure, but I would bet my life on the fact that Ben died trying to protect his patient.

He had the heart of a lion, and he was my friend.