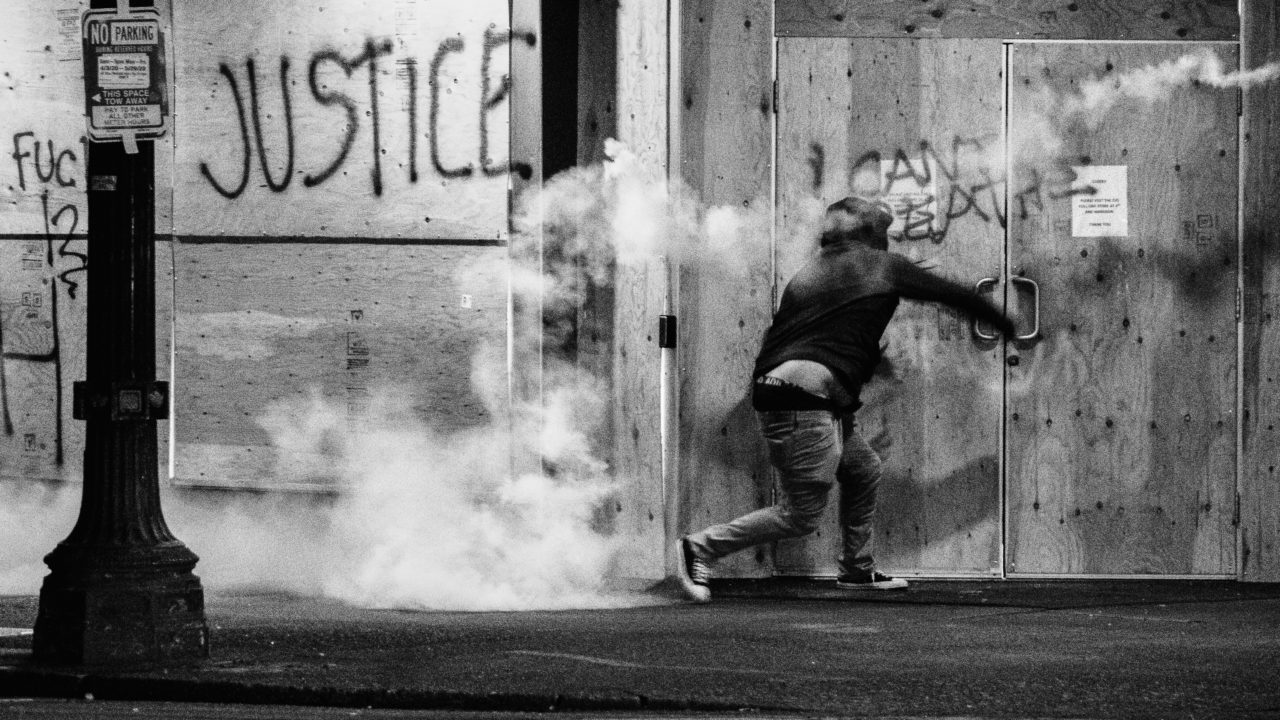 by Charlie Martel aka Tyr Symank 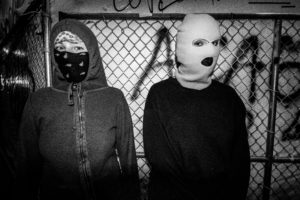 I’m wide awake. I gave myself permission to sleep today. My body and my mind are weary after three weeks on the road and I’m starting to make mistakes, hit curbs, forget simple details. In spite of its instructions, my eyes are wide open, drawn to the light from the window, sending signals to the rest of my body like a child who wants his cereal and cartoons. My mind is fighting back. I’m leaving soon.

A foreboding trepidation of impending violence circles my sea of thoughts with is dorsal fin clearly exposed. I’m leaving the peace of these mountains and headed back to my wartorn pacific northwest.

It’s a familiar feeling, one that I recognize from years of rotating in and out of combat zones. It is a feeling that doesn’t belong here.

I have a closer relationship with these fighters than most. I have seen their faces both through the fogged lens of a gas mask and the clear eyes of a masked civilian who chose to bear witness. I have heard their vitriolic screams across a fairly notional barrier and heard their plans standing near them. It’s the same players, day in and day out.

The bodies among the masses change, but the schemers are the same. It feels like a tantrum, but toddlers do not coordinate through city blocks, across city and state lines. A demand is met, a knee is bended, and another demand bumps up to replace it.

They will not be satiated. Capitulation will not quell this insurrection. It’s war they think they want, but these poor fools have not seen it. Bless these idiots for they know not what they do. I’m anxious because I have seen war. I have lived war for 20 years. These children shoot each other by accident, stand in traffic, and call it a victory for peace. They do not know war. They burn cars and smash windows and call themselves soldiers.

They do not know war.

There is a slow-burn rising in Americans that do.

I believe we are doing all we can to suppress the urge to bring the fight they so badly crave. We are trained, we are experienced, and for these reasons, we do NOT want this. At least the radicals we have been fighting have 1300 years of ideology to back their cause. These disillusioned kids just need more protein and a spanking.

I am wide awake. 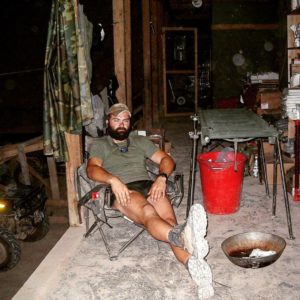 Tyr Symank accidentally started writing in 2015 under the accidental pen name of Charlie Martel when Facebook did not believe Tyr was his real name. Tyr/ Charlie has 25 years of service in the Army and Army National Guard. He began his career as a tank crewman, and by a twist of fate, trained and rode horses for the 1st Cavalry Division. He tried out for Special Forces in 1999 and has been in special operations ever since. Tyr has deployed numerous times to Iraq, Afghanistan, Yemen, Korea, and African and Asian countries as both a Green Beret and a civilian. It is hotly debated whether he is best known for his T-Rex impression, successfully amputating a man’s leg in a Qalat, or rocking UDT’s with an M24 in the Hindu Kush Mountains.

He is currently the manager of strategic partnerships and charitable giving at Black Rifle Coffee Company and a sergeant major in the 19th Special Forces Group. He spends his free time with his family and working on his 4×4 ambulance.

This first appeared in The Havok Journal on August 5, 2020.