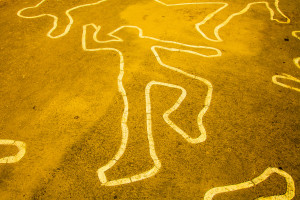 This article was originally published on November 17, 2015, at christopherpaulmeyer.com. It first appeared in The Havok Journal on April 16, 2016.

While most of the world is focused on the ISIS attacks in Paris, Beirut, or Egypt, many of our fellow citizens’ eyeballs have been diverted by the whiny complaints of entitled college students (and their professors) at Mizzou, Yale, and Dartmouth. It’s an unfortunate distraction from the real issues of the day. Especially because the Black Lives Matter movement, from its parade of “martyrs” to its “hands up, don’t shoot” mantra, is built on a lie.

Sure, police officers have shot unarmed black men. But that’s kind of like saying that during the American revolution, we killed a lot of British who wore red. That these men were unarmed or black is factual, but totally irrelevant.

With no exceptions, every “martyr” of the BLM movement, from Michael Brown to Freddy Gray were 1) engaged in the commission of a crime, and/or 2) resisting arrest. Martin Luther King Jr. dreamed of a day when we would all be judged, not by the color of our skin, but on the content of our character. BLM has perverted that creed and perfectly. The content of Michael Brown’s (or Freddy Gray or Eric Garner’s) character is ignored at all costs, lest it detracts from the power BLM places on skin color.

That is not to say that the police were always correct. In Garner’s case, it appeared that excessive force was used. And Sandra Bland’s arresting officer lacked the professionalism and maturity to de-escalate the situation. And let’s stipulate that there are times black people are pulled over, questioned or even handcuffed mistakenly. Is that wrong? Yes. Is it preventable? Not always. Thanks to the systematic destruction of the nuclear family in the black community — when over 70% of black children are born to single mothers — it is not surprising that the black crime rate (crime that mostly targets other blacks) is so high. Blacks have every right to be angry when they are unfairly targeted.

And they have every reason to protest — against the criminals who stigmatize their race and make them the focus of police attention and against the politicians that enable the decline of their communities. But what is the rationale against protesting the police? In the 1980s, it was the Congressional Black Caucus that begged for resources to fight the crack epidemic in the inner cities. Now the drug war is considered a war on blacks? When I was in grade school, Public Enemy told us, “911 Is A Joke.” Back then, the complaint was that the police wouldn’t bother with crime in the ghetto. Is the complaint now that they bother too much with it? Really? When Chicago is more deadly for Americans than Afghanistan?

Here’s the thing. Black lives DO matter. They mattered when Margaret Sanger, the founder of Planned Parenthood, advocated birth control, forced sterilization and abortion as methods to reduce the number of “unfit” children in the world — specifically targeting blacks. Black lives mattered when Rudy Giuliani cracked down on crime, reducing the crime rate in New York City by 56%. Black lives mattered in Africa when George W. Bush introduced PEPFAR which has saved millions of black lives — maybe more than any single human being in history.

Black lives matter in inner-city public schools where, too often, black students, deprived of the private school options available to wealthier families, have no choice but subject themselves to a sub-standard education. And black lives still matter in the inner cities where the murder rate is rising fast. So…where are the protest marches in downtown Chicago? Where are the protests outside of Planned Parenthood clinics? Where are the protests outside the White House asking the President to stop decreasing PEPFAR funding? Once the college protesters are finished protesting “microaggressions” or “white privilege” or not enough vegan options in the cafeteria, I hope they’ll get around to it. If they don’t, I guess we’ll really know who cares about black lives and who just cares about bullying academia’s guilty white liberals into becoming more guilty and more liberal.

In the meantime, can’t we all come together against the real bad guys on this planet?