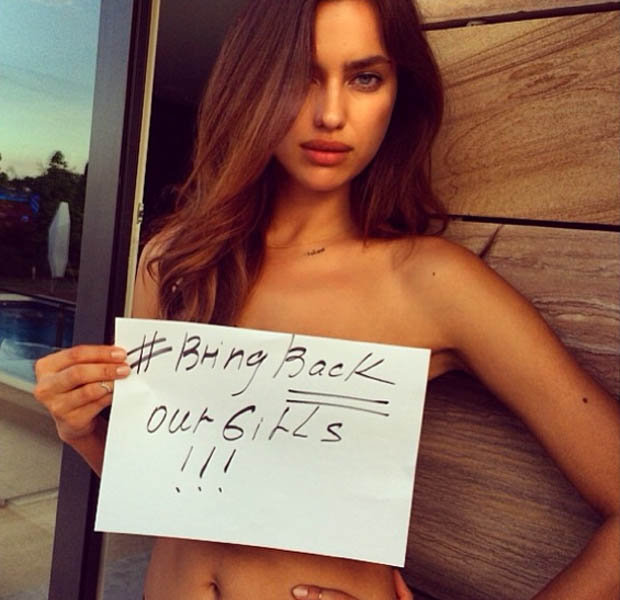 Back in May of this 2, I wrote an article for Havok Journal called “How Hashtags Help:  Why the US Should #dosomething in Nigeria.”  The story was, of course, about the Nigerian schoolgirls captured by the Al Qaeda-affiliated terrorist group Boko Haram, and the ensuing #BringBackOurGirls campaign. Fast forward to yesterday, and I re-posted the “#dosomething” article as part of Havok Journal’s usual “Throwback Thursday” series.

When I put the link on the Blackside Concepts page on Facebook, I asked our readers the question, “#BringBackOurGirls… whatever happened with that?”  In response, an astute Facebook fan immediately commented, “Awareness was raised and awareness did what awareness does…nothing.”

Intrigued by this response, especially since it runs counter to the points I raised in my article (namely that hashtag campaigns are, or at least can be, very useful), I decided to do some digging.  I was curious, what has happened since a slew of celebrities and activists, including the First Lady of the United States, got involved in #BringBackOurGirls?

The answer is… almost nothing.  Although dozens of young women have managed to escape on their own, none of the girls who were kidnapped by Boko Haram were freed due to the awareness campaign or by military / police action.  The Nigerian Army has had little success on the ground against Boko Haram, and is even reportedly committing atrocities of its own.  And even the token level of support provided by other nations (including the United States) was quietly scaled back to nearly non-existent. So, the world is “aware” that more than 200 girls were kidnapped in Nigeria.  Nigeria, the US, and other countries are “aware” of exactly where the girls are located.  And now we’re all “aware” that those girls are still being held prisoner.  The hashtag campaign raised a lot of “awareness”… and then it seemed like everyone involved found something else to be “aware” about.

It now seems that promoting awareness in support of kidnapped African schoolgirls was merely naked, shameless self-promotion; the latest way to scream “look at me!”  There was no follow-through for the millions of people who signed on to the campaign, who got an additional 15 minutes of fame or some warm-and-fuzzies by holding up a sign or marching down a street.  Not one girl was freed as a result.  All it did was distract from other problems closer to home. Well, Nigeria, if you want to #BringBackYourGirls, it looks like you’re going to have to do it on your own.   And that’s the way it should be; you have a competent (by regional standards) armed forces, you have money, you have Western intel and logistics support.  What’s stopping you from handling Boko Haram on your own?

After the situation with #BringBackOurGirls as well as the State Department’s ill-advised support of #UnitedForUkraine, I’m no longer convinced of the utility of “hastivism” when it comes to situations in which people might actually get hurt.  Instead of “spreading the word,” maybe we should ask these celebrities and college students who were so excited about this campaign to put down the hashtags and pick up a rifle.  That’s the only way the situation is going to change.

So much for soft power; I guess violence really is golden after all.