HomeNationHow Hashtags Help: Why The US Should #dosomething In Nigeria 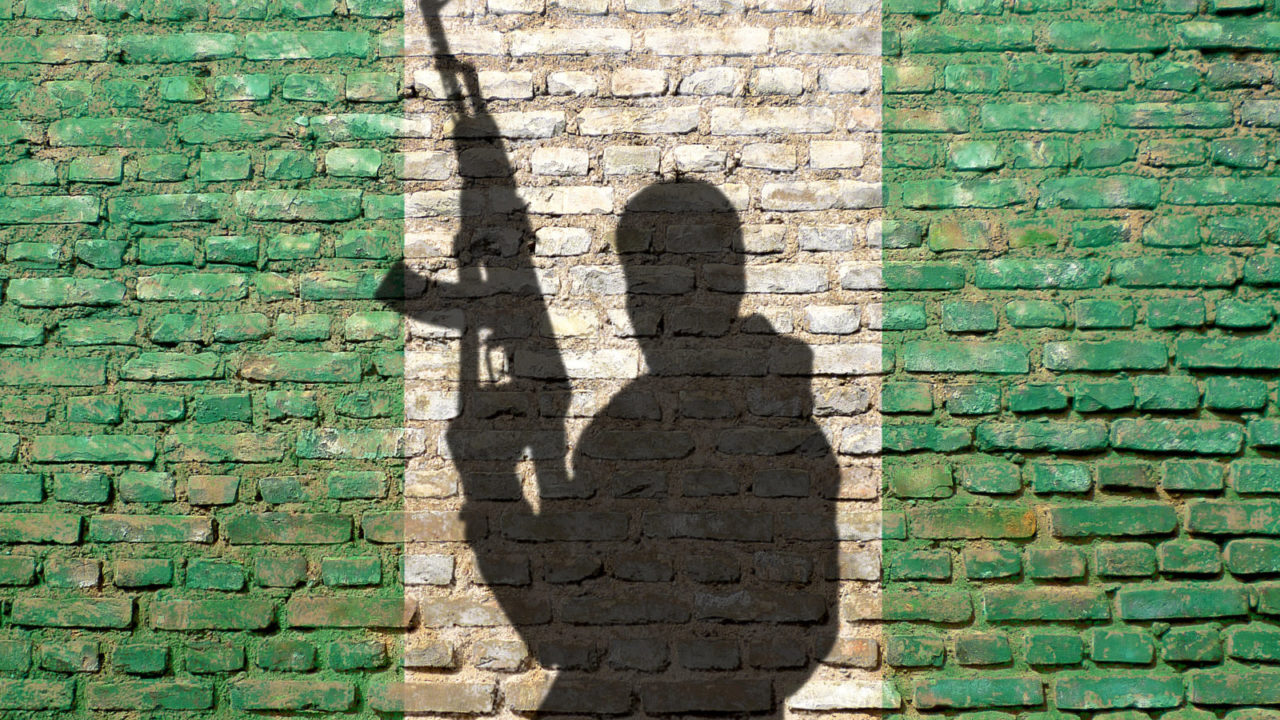 By now, most people have probably heard of the #bringbackourgirls campaign that went viral as part of the effort to raise awareness about the Nigerian schoolgirls kidnapped by Boko Haram. Ordinarily, I’d chalk the whole situation up to #notmyproblem. After all, a bunch of Nigerians getting kidnapped by a Nigerian terrorist group operating inside of Nigeria is, at first blush, a decidedly Nigerian issue.  #goodluckwiththat, Nigeria. But this situation is different. For one thing, in our increasingly globalized world, few big problems are truly local, and Nigerian’s Boko Haram is fast turning into a big problem, even if it’s “someone else’s problem” for now. As a country, we’ve learned the hard way that if not addressed in a timely manner, someone else’s problem today might rapidly become a problem for us tomorrow, especially if that problem involves radical militant Islamists. See also:  the #Taliban. 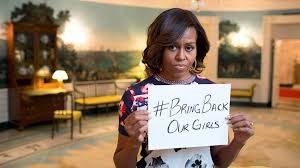 Given this, I think the U.S. can, and should, intervene in a direct, conspicuous, and effective way to enable the government of Nigeria to neutralize Boko Haram and to help recover the numerous victims affected by that brutal terrorist organization. And, after I explain my reasoning, I’m hoping you will think that too.

Before this piece goes any further, I want to clarify a couple of things, just so there are no misunderstandings. From an international relations standpoint, I am a realist. I don’t believe it is the US’s responsibility to go around rescuing the world from itself. Our grand strategic ends are enormous and increasing all the time, while our ways and means to accomplish them are dwindling rapidly, and therefore we need to carefully consider the pros and cons before wading in on anyone else’s conflicts.

I don’t believe we have a “responsibility to protect” anyone but our own citizens and our own national interests.  In short, I’m in it for what’s good for #TeamAmerica, and I make absolutely no apologies for that.

In an earlier blog post, I came out strongly against U.S. intervention in Syria, not because I don’t have sympathy for the millions of people who are suffering there, but because I thought the potential losses outweighed any potential gains for the US.  And as someone who as a member of the US military has been called upon to help carry out US policy in Afghanistan, Iraq, Africa, and Asia, and who could conceivably be called upon to do it again, I know full well the consequences that might be involved in overseas interventions of any type.  In this particular case, I think the effort is worth the risk, and in the following paragraphs, I’ll explain why.

I want to start by addressing the issue of hashtag activism, or “hashtivism.” The #bringbackourgirls campaign and its #realmendon’tsellgirls sibling have both generated enormous public interest as well enormous public backlash. The main critique of hashtivism seems to be the lack of immediate, tangible results.  I think that line of thought is a bit short-sighted.

Of course, hashtag campaigns have zero impact on their own. In a world dominated by power, hashtags have no value. A ha 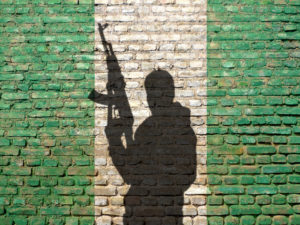 shtag alone never killed anyone.  It never deterred anyone (I’m looking at you, State Department, how’s that #unitedforukraine thing working out for you?). A hashtag on its own never brought any girls, Nigerian or otherwise, home after they were kidnapped. Men with guns took the Nigerian schoolgirls, and it will take men with guns to get them back.  Hashtag campaigns never accomplish anything directly, especially against dedicated terrorists, and we even wrote a satire piece making fun of people that think that they do.  In short, hashtags #neverwork.

Except… that’s not entirely true. Hashtags never accomplish anything on their own. But “hashtivism,” the use of social media to drive policy change, does. As a liberal democracy, our nation is driven by special interests, and if our political leaders want to hold onto power, they have to be responsive to their constituencies.

Constituencies react to emotional issues like #bringbackourgirls, and if enough people get involved in it and think it’s important, then our leaders will, right or wrong, feel compelled to act. The Nigerian situation is a prime example. How many Americans would even know this event had happened if not for the hashtag campaign? How many Americans could explain what Boko Haram was, or could even find Nigeria on a map before world celebrities jumped on the #bringbackourgirls bandwagon?  Not many, and certainly not enough to generate any meaningful action.

At the end of the day, the #bringbackourgirls campaign isn’t directed at Boko Haram. Boko Haram’s leader isn’t concerned about getting de-friended on Facebook, and he probably doesn’t even have a personal Twitter account. Boko Haram is not the target of the campaign; the rest of the world is.  And in that regard, hashtivism has been EXTREMELY successful. Look at the evidence; even the wife of the President of the United States got in on the #bringbackourgirls action. That’s a pretty good indicator of success in my book.

But if you need another example of the potential of hashtivism in driving big events, check out the effectiveness of social media in first sparking and then sustaining the Arab Spring or in getting American boots on the ground to go after Joseph Kony and his Lord’s Resistance Army. Still think that hashtivism is #useless? I don’t.  In fact, In terms of generating outrage and moving people towards tangible action, I agree with those who say that the #bringbackourgirls campaign is accomplishing exactly what it needed to do. The pressure generated by the hashtivism even got Nigeria to finally get serious about Boko Haram.

So, having explained why hashtivism is #useful, I’d like to address the “what’s in it for us” part.  Simply put, getting involved in Nigeria serves our national interests.  How?  Nigeria’s economy is the largest in Africa, and Nigeria is the US’s largest trading partner in sub-Saharan Africa.  Nigeria’s relative proximity to other unstable parts of Africa, such as Mali, makes it useful to the US from a geostrategic standpoint.b And oh yeah, they have a lot of oil.  Most importantly though, the group involved, Boko Haram, is an al Qaeda-affiliated fundamentalist Islamic terrorist organization who would LOVE to directly attack US citizens and US interests and will do so if not thwarted pre-emptively.

Additionally, unlike a lot of other places in the world where everyone is clamoring for “someone” (read, “the US”) to #dosomething, Nigeria is decidedly pro-Western.  So, if helping to recover hundreds of kidnapped Nigerian schoolgirls enables us to secure a stable, profitable “indispensable ally” then I think we should strongly consider doing it.

Not because the First Lady held up a handwritten sign. Not because a bunch of washed-up actors

sense an opportunity to try to bring themselves back to #relevance by joining the latest hashtivism cause celebre. Not because a bunch of models are willing to pose topless in support of the campaign (although we do think that’s kind of hot), but because there’s something tangible in it for us.

In short, aiding Nigeria in the effort to recover its lost children allows us to establish an even closer relationship with a major regional ally, lets us preemptively get after some major terrorist shitheads, helps secure U.S. trade, and could help give the U.S.’s reputation a much-needed international boost.  Therefore, the U.S. should get involved, the question is what shape that involvement should take.

I think the best ways we can contribute is through intel sharing, training Nigerian forces, foreign aid, and drone strikes. In fact, we’re doing most of these things already. No nation-building, no massive troop deployment. Just a small footprint of special operations forces (SOF) to provide foreign internal defense and unconventional warfare training, conduct operational preparation of the battlefield and execute some limited direct action. This should be complemented with a well-resourced logistics and intelligence enabler package to support the SOF element and to help facilitate Nigeria solving its own internal problems… before they become #ours.

This article first appeared in The Havok Journal on May 19, 2014.