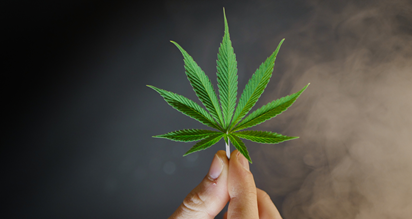 You might think that cannabis has a contentious past, but the truth is that weed has only been a controversial substance for about 100 years. Before the turn of the 20th century, many cultures around the world readily accepted cannabis consumption; even white Americans used weed’s psychoactive compounds within tinctures and balms throughout the 18th and 19th centuries.

Today, cannabis consumption is once again coming into cultural prominence — but if you developed your opinion of cannabis during the late 20th century, you might not understand why so many people are advocating cannabis legalization. To help reframe your mindset, here are some widespread advantages to cannabis legalization, even if you don’t partake of weed yourself.

An undeniable truth about cannabis is that it can help ease the suffering of some medical patients. Those dying from excruciating and debilitating diseases like cancer and AIDS benefit significantly from a palliative treatment like weed, which helps to remove pain while generating a positive life outlook. Research has found that cannabis offers valuable benefits to other types of patients as well, to include multiple sclerosis, epilepsy, anorexia and PTSD.

Most medical treatments carry risks, but the benefits they impart outweigh the potential dangers of their use. By legalizing cannabis, states make it easier for patients to get the treatments they need to maintain their health and wellbeing; for example, a larger number of Massachusetts dispensaries means a larger number of patients with easy access to their treatment of choice. Just as you wouldn’t deprive opiate painkillers from someone recovering from major surgery, you should support cannabis legalization if only to ensure that patients who need the treatment have access to it.

Legalizing cannabis comes with a bevy of economic advantages, not just for those who participate in the cannabis economy but for everyone. Just a handful of those economic benefits include:

Increased tax revenues. Cities, states and the Federal Government need tax income to pay for every agency, program and initiative — including paying down the national debt. Even if you believe in small government, you should support increasing tax revenues in ways that do not increase your personal tax burden.

New source of jobs. A distressing fact is that those who become unemployed more often remain unemployed for longer. This is because the U.S. hasn’t seen much job creation during the past decade. A brand-new industry, like cannabis, could create millions of jobs in agriculture, transportation, manufacturing and retail, which will boost the economy.

Significant financial savings. The War on Drugs has not been cheap — in fact, some estimates suggest the U.S. has spent over $1 trillion trying to fight narcotics sales and consumption. Legal weed would all but eliminate the criminal cannabis trade, slashing law enforcement expenses in this regard. Then, government agencies could focus their budget on controlling more dangerous substances.

Elimination of Restriction on Individual Liberty

America is known for its inalienable rights — to speech, to press, to religion, to assembly. The U.S. guarantees its citizens’ freedom, and many Americans gladly identify as individualists, who don’t need excessive government support to find success.

Plenty of research on the effects of cannabis demonstrate that it is no more threatening to individual or community safety than alcohol; in fact, many studies have found that cannabis is remarkably less dangerous than many psychoactive substances currently legal and obtainable by adults. In this light, laws restricting access to cannabis look much more like an unnecessary impingement on individual liberty. If you are typically against regulations that contribute to a “nanny state,” you should be stridently against keeping cannabis illegal.

Because cannabis is illegal in so many corners of the country, criminal enterprises evolve to deliver cannabis to interested users in these regions. Unlike non-criminal businesses, organizations dealing illicit drugs are not subject to other laws and regulations that keep workers and customers safe; as a result, the drug trade often involves violence, fraud and other criminal activity that puts individuals and communities at risk.

Legalizing cannabis doesn’t end the illegal drug trade. In fact, California continues to suffer from a cannabis black market. However, when more consumers can purchase cannabis goods in a safe, legal space — like a dispensary — the demand for back-alley cannabis will decrease, and criminal cannabis dealers will be forced to find other lines of work. As a result, there will be fewer criminals vying for weed supremacy, and there will be less violence and crime surrounding the drug.

You don’t have to drink to be in support of legal and available alcohol, and you don’t have to smoke to advocate for cannabis legalization. You should consider these strong, fact-based reasons for legalizing cannabis everywhere in the U.S., which benefit you and those around you in significant ways.