HomeCultureUK Government Approves CBD Use; Is Cannabis Legalization Next? 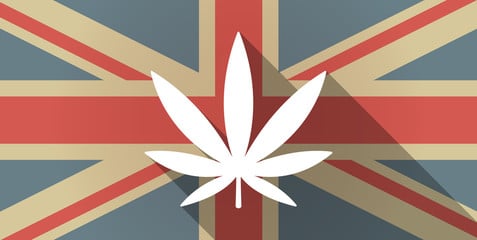 CBD has always been the talk in various news, especially on the internet. In fact, medical cannabis has been featured multiple times, both in local and international headlines. It is commonly broadcasted along with the laws that seem to change consistently, in regards to the plant itself and the ways to use it. You can take a peek in this review to gain knowledge of the best CBD products that currently dominate the market.

Along with the several debates and controversy that surrounds medical cannabis, the UK is being eyed on how the nation will make a move and how it will change its perception with cannabis along with its several compounds.

In recent news, the UK is putting efforts to review everything about CBD, and it just came out to the headlines that the UK government-approved cannabis for medical use. On the other hand, some news seems to bring more confusion and dispute about CBD and marijuana. Additionally, many journalists started investigating if cannabis will also be legalized for recreational use. The full legalization of cannabis and CBD’s legalization for medical purposes are entirely different, according to experts. 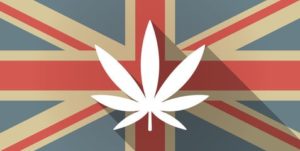 Legalization of Cannabis across the globe

Uruguay was the very first nation to fully approve legal use of cannabis, back in 2013. In some countries marijuana was also decriminalized, which means consumption and possession of few amounts is not enough to issue a warrant or a fine.

Subsequently, the Prime Minister of Canada Justin Trudeau passed a cannabis law, which permits cannabis to be sold and purchased legally across Canada, within months. Canada was then renowned for their un-strict attitude towards marijuana, with a number of dispensaries started operating prior to the legalization. In fact, the presence of weed in some municipalities of Canada was entirely overlooked.

The Canadian Prime Minister emphasized his point regarding the legalization of marijuana in a twitter post. In the post, he stated that it has become too easy for Canadian kids to have access to cannabis, and the profits favor only the criminals. With marijuana’s legalization, consumers can buy CBD from the authorized seller , instead of from the black market. This prevents money from entering the illicit market. Moreover, minors can’t have to purchase cannabis as sellers require showing an ID.

Meanwhile, the United States also make some moves. In the U.S., cannabis is still federally illegal. However, individual states are modifying their policies regarding marijuana. Some states legalized medical marijuana only, while in some states, the local government legalized the plant completely.

In the UK, William Hague, a previous conservative leader, published an article, where he stated that UK’s cannabis policy is ineffective, inappropriate, and outdated. This statement of his caused several debates, with many people expressing their strong views regarding the subject.

In the time of this debate, the case of the 12-year old boy Billy Caldwell was also among the headlines. The boy was reportedly from Northern Ireland and was brought to the hospital because of seizures. The boy suffers from a rare type of epilepsy and is not able to manage his seizures. Billy’s mother took him to Canada to try cannabis treatment, which brought good results, and the boy’s seizures significantly decreased.

However, when Billy and his mother returned to the UK, the oil, which he used for his treatment, was confiscated at the airport. The boy’s seizure had worsened again, and his health was rapidly deteriorating. After numerous debates and support from the public, Billy Caldwell was given an emergency license, which allowed him to use medical cannabis to treat his condition.

Another child from Warwickshire named Alfie Dingley suffered from the same condition and was also given an emergency license. A public outcry suddenly surged: If marijuana can improve the medical conditions of these children, why not offer it as a common treatment? Sajid Javid, a home secretary, also shared this kind of thought and initiated a review for cannabis and its medical use. The review focused first on the medication methods that will offer benefits to patients. Next, the review will look on cannabis classification should be changed.

Cannabis-derived medications like CBD oils are already approved in the Netherlands, Norway, Switzerland, Germany, Australia, and in some states of America. It may only be a matter of time when the United Kingdom follows those nations.

CBD – What does hold in the future of the United Kingdom?

The future of marijuana in the United Kingdom is unpredictable. Presently, people are allowed to possess CBD oils, as long as its THC levels are lower than 0.2%. On the other hand, the reclassification of cannabis can change everything.

In 2018, medical cannabis was approved to be prescribed by doctors. The doctors can also prescribe the raw form of marijuana; however, medications extracted from marijuana will be available for consumers who already tried all other kinds of treatment.

This was considered a good move, as it’s clear that medical cannabis really works based on the cases of Billy Caldwell and Alfie Dingley. It won’t be long when medical marijuana becomes more widely available for purchase.

More importantly, Javid also emphasized that the review was clearly not for legalizing recreational use of cannabis. The UK government firmly stand for this. However, the public attitude regarding cannabis continues to shift as cannabis-derived prescription becomes more normalized.

CBD has clearly become popular in spite of the several debates that surround it. If you want to try cannabis-infused products, make sure you know how to take this kind of product, as the results vary for every individual. Moreover, you should not break any laws to avoid any legal trouble.