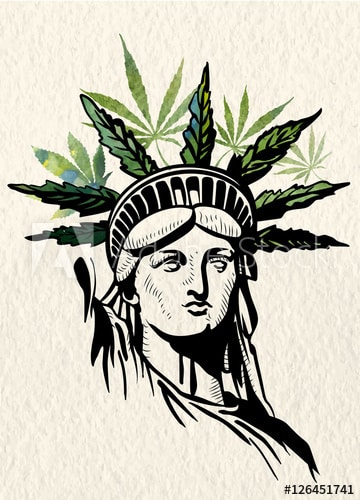 Legal Cannabis: America at the Tipping Point
by Wade Garrett

If I were an American politician’s consigliere before this mid-term election, I’d say one thing: get on board with legal cannabis. It’s happening, and whatever moral issues you may have with it are quickly becoming eclipsed and made irrelevant by the amount of money legal cannabis brings in.

There are a lot of reasons to be for legal cannabis; being pro-small business, advocating personal freedom, being pro-veteran, being anti-heroin (we definitely need some ‘Jeff Sessions is pro-heroin epidemic’ memes to start going around). But, let’s be real, those issues are already well-known. We all know cannabis creates jobs, from retail sales to farmers to glass blowers. We all know a lot of vets would prefer to use cannabis instead of the opioids the VA proscribes them. The number of opioid overdoses may eve go down in states with legalized medical cannabis (numbers aren’t out yet for states with full legalization). And opioid sales have gone down. “States with active dispensaries saw 3.742 million fewer daily doses filled; states with home cultivation only [laws] saw 1.792 million fewer filled daily doses,” according to one study. Fewer opioid overdoses mean fewer opioid sales for pharmaceutical companies, which is probably why they are against legal cannabis. 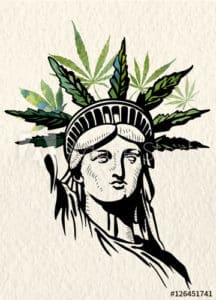 Now, am I saying if you’re anti-legal cannabis you hate small businesses, you’re against personal freedom, you want veterans to be addicted to Oxy, and you hope more people overdose on heroin so that the big pharmaceutical companies make more money off of people dying?

Of course not. But.

If politicians really cared about businesses, freedom, vets, and the heroin epidemic, the U.S. would already have legal cannabis. Like, say, Canada (yup, Canada just legalized weed). But, they don’t. The only issue politicians in the U.S. are really thinking about is the money question. The real green. Bottom line, if you want massive tax revenue to go to schools, police, firefighters, and drug rehab programs WITHOUT raising existing taxes, you can’t be anti-cannabis.

The money motive:  it is the most basic (i.e. crass but, hey, that’s how the sausage gets made) reason why politicians should take the legal cannabis issue for themselves, now, while they still can. Nobody likes the guy that shows up late to the party and tries to play it off like he’s ‘fashionably late.’

Money on this level tends to compensate for, well, everything. Most of the country doesn’t really know, yet, how much money legal cannabis brings in to state and local governments. That’s about to change, since California legalized recreational cannabis in 2016.

Yeah, sure, Washington, Colorado, and Oregon have all legalized marijuana for recreational use in the last several years, but… does anyone in the rest of the country even know where Oregon is? *Hint, it’s somewhere between L.A. and Canada. The Goonies was filmed there.

California, though, well, that’s another story. California has the fifth largest economy in the world, just edging out the United Kingdom. People around the globe take notice of what happens in California. If they can find only one U.S. state on a map, it’s probably California.

It is incredibly rare for a new source of revenue to come along for government. Normally, government just has to raise taxes on the same old stuff, like gas, liquor, cigarettes, hotels, the lotto. Shit people are going to spend money on regardless of how much they cost. Or, government has to raise income and corporate taxes, which are always unpopular and fought against.

But with cannabis, there is a massive demand for a highly taxable product that can generate incredible revenue. And if you have moral issues against enjoying weed, then you don’t pay any taxes on it yet you still enjoy all the tax revenue it generates!

The state of Oregon has a population of 4.14 million. In the first full fiscal year under cannabis legalization, running from July 2016 through June 2017, Oregon collected $70.2 million in state cannabis taxes. Collections rose to $82.2 million in the fiscal year that ended this June 30.

Washington, with a population of 7.4 million, brought in a total of $319 million in legal marijuana income and license fees in fiscal year 2017.

California legalized recreational cannabis in 2016 and is just now starting to report how much the state is making off of weed. California has a population of 39.5 million and is one of the biggest tourist destinations in the world. The Golden State’s cannabis tax revenue is going to be off the charts.

All the other states (and the federal government) who haven’t legalized cannabis are going to be missing out on essentially free money. And more, their residents are going to be traveling to states, or Canada, with legal weed and spending their money there. Not just on cannabis, but gas, hotels, food, all the stuff you buy when you travel. So, the states without legal weed won’t just be missing money from cannabis, they’ll be losing money to neighboring states, and Canada, as their residents take their money out of state and out of the country.

Which is pretty intolerable for any government or politician, you can’t let potential tax dollars slip through your fingers. It doesn’t matter if you’re red or blue, every politician is green when it comes down to it.

The dominoes have started to fall, from Canada to California, legal cannabis is happening. I predict that within two or three election cycles after California announces its cannabis earnings, a majority of states will legalize it. Which means Senators and Representatives that want to keep their jobs will have to get on board with what their constituents voted for at the state level.

So, here’s a message for all American politicians; you currently have the opportunity to get behind legal cannabis and be a hero, or you can be the guy who has tell their constituents there’s just no money for a teacher salary raise, new schools, more cops on the street, drug rehab programs, more fire trucks, and all the other stuff cannabis revenue is automatically ear-marked for (provided the laws are well-written). And if you want those things in your community, put legal cannabis up for referendum next election in your state. Or, maybe you should just move to a state that funds those programs with its cannabis revenue.

This first appeared in The Havok Journal November 1, 2018 and has been updated with current references.