I did not surrender idealism when our only child was born, but rather I came to see the world and its strengths, flaws and dangers specifically in terms of her future. Before the birth of my daughter I entertained all kinds of ideas as to how the world is and how it should be and all the various reasons why. And much like Don Quixote, I tilted at many a windmill. But when our child was born I was able to stop looking at the world through the biases of my own beliefs and ambitions and to begin to see the world she would live in. 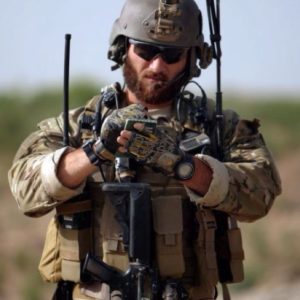 s it related to her future, I did so with the eyes of a seasoned investor entrepreneur and former soldier. I looked with a mind trained to recognize potential for Return on Investment, to model Risk and Uncertainty and to design courses of action which realize returns in hostile environments. And it quickly became apparent to me the greatest threat to the future of our now three year old daughter was not competing ideologies or politics, a clash of religions or civilizations, nor was it a nuclear armed rogue state or stateless terrorism.

The real threat is the ever expanding pool of disaffected youth, peoples and communities available to the siren call of the enemies of freedom, the very freedom we who are blessed with seem to so carelessly take for granted. The more specific concern which came to mind was the ever increasing pool of those willing to support the modern Totalitarianism known as Fundamentalism, and this even while the standard of living for most of Earth’s seven billion inhabitants is improving.

That led to a couple other questions which had to be asked and answered. The first is, why are so many of the world’s people willing to kill and die for so little? And the second is, what, if anything, can we do about it?

In pursuit of an answer to these questions, it became clear to me we could be blinded by and argue from cultural, religious, moral or political ideology until the world came down around us, or we could face the uncomfortable truth. And truth is, with some few exceptions which are only concerned with chaos or power, so many are willing to die because the past, present and future does not possess the same potentials for their children as it does for ours.

This led to one further question. Why is it that our children do not possess the same potential for the future? Though I can already hear the arguments, the answer is simple. These peoples have yet to be iolded into the world of globalization, which does not mean American, European or even Chinese Capitalism, or the Corporatism which is now dominant and which seems to have reduced Capitalism to a bad word.

Globalization is nothing more than the now nearly global community that is becoming ever more integrated, becoming a single whole of myriad cultures and peoples and integrated economic engines. With the inexorable rise in population densities, and whether we are comfortable with it or not, the pace at which the world is becoming smaller, globalization is occurring, with boundaries between peoples becoming increasingly thinner and less obvious, is accelerating. And unless we wish to wall communities off from globalization, to set them up as amusement parks to showcase the Noble Savage, to deal with their own problems until such time as they become ours, this trend towards integration will continue unabated, as will the volume of those willing to fight the system, to bring modernity down.

And in the world of globalization, so many are disaffected due to the fact they have little incentive to support or defend a system they believe they have almost no part in, a system which has become so complex and fast paced it is almost unknowable. As the population continues to increase, as technology and communications continue to advance, as business and finance continue to evolve beyond classical models to quantum models, more and more become dissatisfied, and not just in those parts of the world where SOF operates, but even in the advanced and modern countries of the world.

Globalization is an exceedingly complex system, one that embraces both the Mind of the System and the Mind of the Disruptor and in so doing empowers the Entrepreneur and Venture Capitalist to ensure the economy continues to evolve, expand and improve. The now nearly global economic system is about improving asset valuations and creating new wealth through the application of creative destruction, by cannibalizing old ways of doing things with new ways which are more efficient.

Complexity, application of both minds and the intentional destruction of traditional ways of doing things have led many of those born and raised in Capitalist systems and with Western educations to fear globalization. Imagine how much greater is the fear for those who live in the underdeveloped parts of the world where there is little or no Capitalism or Western education, where leaders have walled their people off from the knowledge necessary to benefit from the modern world. It is no wonder so many are willing to listen and to support those calling for a poorer, simpler, though totalitarian, way of life.