HomeCultureMurder, Or Taking Care of Business? The Railroading of a Special Forces Major 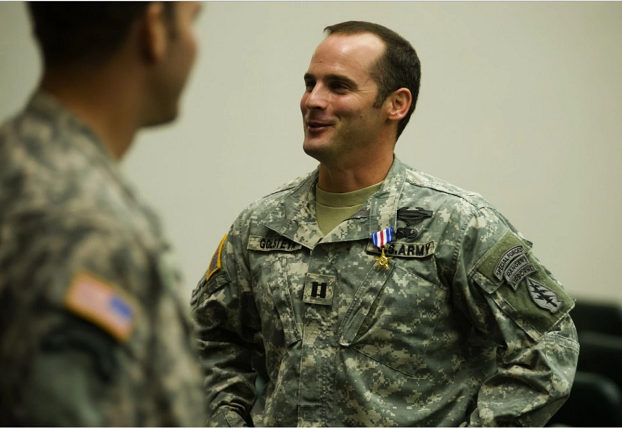 This first published appeared in The Havok Journal on May 14, 2015.

There are people in this world who deserve to die. Put an unarmed ISIS fighter in front of the majority of you after he beheaded some poor soul. Yeah, if you had a gun on you, I’m sure you’d have zero qualms about taking such dirtball out.

Guess what?  You just committed murder.

Welcome to the land of legal systems versus justice systems. That’s right, as an American, per our criminal codes, whether you are in a combat situation, on the US southern border, or anywhere else inside the US, if you whacked that unarmed ISIS dirtbag, you just committed murder. And, the odds are? Some legal weenie would place charges against you and present your case in front of the court. Oh yeah, and the odds are you will be found guilty.

I have issues with this process of so-called “murder” — and so do many others.

First and foremost, my issues with this concept of “murder” solely stem from mental frustration. The “others” I speak about take issue in a much deeper manner — their freedoms are at stake. Who are the “others” I speak of? Ummm… Maj Matt Golsteyn, a handful of veterans turned contractors who previously worked for Blackwater, and several other patriots who voluntarily went abroad to fight our enemies.

Without getting into any specific case, I believe it’s much more critical to ask a series of questions.

What is “murder?” Is or should the charge of murder be the same in war as it is in peace? Are there incidents or occasions where murder could or should be considered a justified evil? Can one admit to killing a human in war, and due to broad terminology, consider it murder in articulation when others could justify their actions without such legal terminology, i.e. “Murder?”

Do we do things in war we would never do in peace? Do those actions make us something we really are not?

The more I think about this, the more I know where I stand. Every contractor and uniformed service member who’s been charged and found guilty of acts of “murder” and other lesser crimes during war should be immediately pardoned/exonerated.

The case of Don Ayala, a former Army Ranger turned contractor, comes to mind. His female partner was interviewing some locals Afghans when she was approached by an elder who threw petrol all over her and lit her on fire. Don subdued the assailant, zip-tied same, and secured the assailant until a U.S. service member relayed how badly burned Paula Lloyd was. At this time, Don took out his sidearm and placed it to the temple of the assailant, and pulled the trigger.

Don was charged with manslaughter, yet the courts did not give him the maximum punishment that comes with such a charge. He was given a $12k fine and probation. But why?

The courts were reasonable in Don’s case knowing the incredible circumstances he endured while abroad in Afghanistan. He is not a murderer. He is a patriot who was willing to put himself in austere danger for America. When he witnessed that danger, he acted in a way he probably would have never acted if he were in the United States.

War has a tendency to make people act in ways they normally never would if they were inside a permissive peaceful environment.

Don’s case is unique. But there are several more cases that have never even been presented before the courts, let alone charges presented against persons. What about drone pilots that mistakenly kill innocents in say “wedding parties”? What about those behind Operation Phoenix during Vietnam where assassination teams went out whacking Viet Cong leadership? What about commanders back in the day that said: “Take no Prisoners” solely because they knew transportation and aid for prisoners would be next to impossible? Should those persons be charged with manslaughter?  I think not.

So if we will not present charges against drone pilots along with many others, why does our court system go after today’s foot soldiers? Something’s incredibly wrong here.

With all this, I hope we can use the case of Don Ayala and the non-existent cases of our drone pilots in the very near future to, at a minimum, exonerate and pardon those who’ve been brought up on charges of murder while fighting our nation’s battles abroad. Don’s case should be used today as case law to protect those charged.

Now, what are your thoughts?