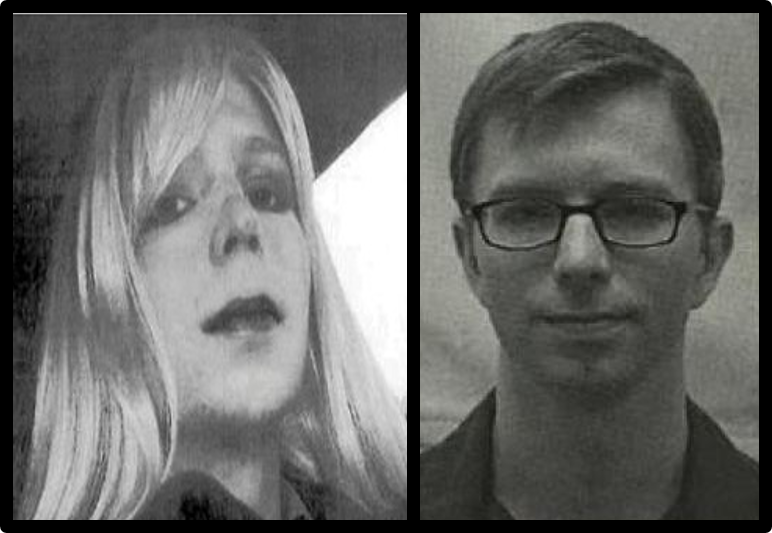 Army private Chelsea Manning apparently continues to believe that military regulations do not apply to him.  Last time he ran afoul of regulations, it was over government secrets.  This time, it’s over his hair.

While serving a lengthy sentence for the unauthorized release of thousands of government secrets to the website Wikileaks, Manning is receiving taxpayer-funded treatment for “gender dysphoria,” which is a mental condition in which a person’s “gender at birth is contrary to the one they identify with.”  As part of his treatment for gender dysphoria, Manning legally changed his name from Bradley to Chelsea, and is in the process of changing his gender.  But for now, he is legally and physically still a man.

Apparently, Mr. Manning is upset that the Army doesn’t yet recognize him as female, and requires him to observe the same personal grooming standards as all of the other male inmates.  Setting aside the question of why the Army has separate standards for personal grooming for males and females in the first place if “equality” is really the desired end state, this still raises an interesting issue:

Will the Army be compelled to make special allowances and allow inmates’ personal preferences to trump military regulations?  That appeared to be the case with Fort Hood terrorist Nidal Hasan, who, on religious grounds, refused to shave his beard for months after he was jailed… until it was finally done for him by the prison staff.  Will the Army cave in and make a special dispensation for Manning, or will they hold the same standards for everyone, and risk the political fallout?

For his part, Manning appears to be trying a different tack than Hasan’s blatant defiance: Manning is going for sympathy.   According to his blog, being held to the same standards as other inmates made him “nearly surrender” (to whom and/or what is unclear).  Not being able to grow his hair out made him feel “sick” and “gross,” and it made him cry.

What people need to remember is that Chelsea (FKA Bradley) Manning is still a man, still in the Army, and still in prison on very serious crimes.  Those crimes are what he should feel “gross” and “sick” about, and what should keep him up at night, not the length of his hair.  This is just another attempt at obfuscation by Manning and his defense team, tailored to generate public sympathy and draw attention away from Manning’s crimes.  After all, one does not become, or start being, female based on the length of their hair; just ask the female Ranger School candidates.

At any rate, here is an excerpt from Manning’s blog.  When his treatment is complete and he has fully transitioned to being a woman, I have no problem referring to “him” as “her,” and for female regulations to apply.  In the meantime, Private Manning, shut the hell up about your hair and follow the same rules as everyone else.

Recently, on the evening of September 18, I finally decided that maybe I should quit, to give up on everything and everyone: my family, my friends, my supporters, my court-martial appeal, and my other legal battles — even my articles for the Guardian and my Medium debut.

You see, that evening I found out that the military was going to force me to keep my hair cut very short, to the “male” hair standard.

I wanted to run away. I wanted to close the door to my cell, turn out the lights, and shun the world outside. I did exactly that. And then I cried, and cried, sniffled a little bit, and then cried some more. This went on until around midnight.

I wanted to cry myself to sleep on the concrete floor, but a guard came by twice and started asking me if I was okay. “Yes, I’m fine,” I said. I was not okay, though. It wasn’t his fault; he was just a young guy, maybe 20 years old, I thought to myself.

Then I started to think really dark thoughts. You know, “emo”-goth stuff, like “black isn’t dark enough of a color for me.”

After five years — and more — of fighting for survival, I had to fight even more. I was out of energy.

I called Chase Strangio, my ACLU lawyer, and I cried. As my legal counsel, he represents me in this lawsuit to challenge the hair policy that makes and treats me like a monster or a problem. But I just wanted love and support, and someone to cry to when I was feeling alone. He did such a wonderful job just listening to me.

After feeling devastated, humiliated, hurt, and rejected — and after wanting to give up on the world — I found my “second wind” of sorts.

I can make it just a little longer. I just hope it’s not too much longer.

I hate to break it to him, but it might be a LOT longer for the disgraced former Army intelligence analyst.  His sentence is for 35 years and he probably won’t be up for parole for another five.