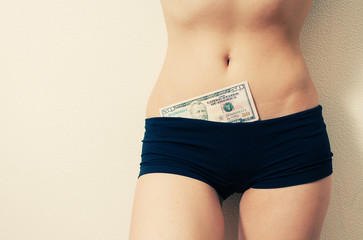 In a 2017 report that went widely unnoticed, a female captain in the Australian Army recommended a novel solution to combat stress: sex. More specifically, she wondered whether making sexual options, potentially including prostitution, available to soldiers in combat would help troops deal with downrange stress. You can read the report yourself here.

My understanding is that the original source of the article was in the Australian Army’s official blog, but was pulled after it became, for reasons that are clear if you read the piece, extremely controversial.

Here’s the thing: the author is not wrong. Well, not entirely, anyway.

As the article states, science shows that “sex helps satisfy personal, social and physical needs, reduces stress and is inextricably linked to physical and mental wellbeing.” The thing is, the military brass doesn’t see it that way.

In General Order #1, which affected combat operations in the CENTCOM (US Central Command) Area of Responsibility (i.e. the wars in Iraq and Afghanistan), the US military banned pornography, alcohol, and yes, sex. Like, all of the sex. Originally this even affected married service members who deployed together. The alcohol thing I get. After all, American troops are notoriously bad at dealing with alcohol at any time, and especially during deployments. I’m looking at you, Bowe Bergdahl. And I think the porn thing is kind of silly, but whatever. But the no-sex rule is downright stupid. I always told my junior leaders that they should never make a rule that is unenforceable. Putting young people together in the prime of their sexual lives, in very close quarters and very stressful situations, and expect them to NOT have A LOT of sex with each other, is downright ridiculous. 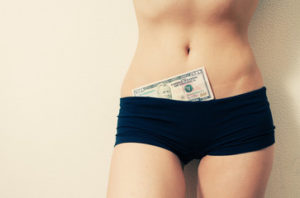 I deployed numerous times to Iraq and Afghanistan and never had sex with anyone. But that was because I was (and am) married, and wanted to stay that way. I was also considerably older than the average Soldier, and the diminished hormones made it easier too. I followed the rules and I expected my troops to follow them as well. But I didn’t kid myself into thinking that the troops weren’t going at it like rabbits when the lights were off. All the blanket prohibition on sex did was force it underground and preclude responsible measures being put into place to help manage it. It also criminalized a major, and legitimate, source of stress relief.

Eventually, GO #1 was scaled back somewhat. But even if it didn’t exist in the first place, there is often the issue of “too many men.” The Army, for example, is about 20% female. That pool of potential mates diminishes greatly when women who are married or in an monogamous relationship, don’t want to have sex with men, or who simply don’t want to have sex downrange are factored out. And of course, heterosexual male urges aren’t the only ones that need consideration. As the article points out, regular sexual activity is normal and healthy for young people. It’s also a huge stress reliever.  So should the military take steps to help promote sexual activity overseas?

I’m on the fence about this one, but I think it’s worth discussing further, especially as the percentage of women in the ranks continues to rise. I definitely don’t think prostitution is the answer, whether that is people who are brought in, or an in-house solution (cue jokes about the “69 Romeo” and “69 Juliette” military occupational specialties). The bottom line is, while I don’t think the military should necessarily promote sexual activity, I think it would be OK to leave it to the troops to sort out among themselves whether they’re going to have sex with each other or not. I mean, that’s already happening anyway…