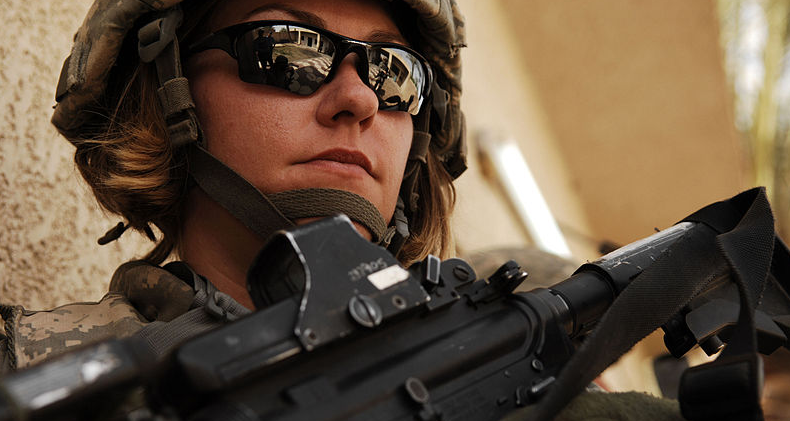 Although first published in The Havok Journal on August 24, 2015, the subject remains just as relevant today. For example, on April 19, 2022, The Center for Military Readiness published “Army Scraps Gender-Neutral Standards Pushed by Discredited Social Engineers.“

As a man, and particularly as a white man, you are automatically the enemy to a growing population of the American public. You are the lurking rapist; you are the covert racist; you are always the impediment, or at best merely a bystander to (and definitely never an agent of) meaningful social change. You’re the irredeemable bad guy. Quite literally, you are “the man.”

Perhaps that’s why it’s OK for the Army to consistently, and conspicuously, discriminate against me and every other man in uniform.

Before going further, I want to say that I am 100% for equal rights for everyone in our Army. But what I’ve found is that many times when people clamor for “equal” rights, what they really mean is that they want “special” rights. Nowhere is that more evident than in the press for “equal rights” for women in our military.

While there is rightfully a move to eliminate the systemic bias against women that was and is inherent in the Army, there is no parallel movement to eliminate their special privileges. In short, there is no move whatsoever to eliminate their “special” rights. For example, until very recently, women were not subject to the draft. While there has been no military draft for a generation, it sends an unmistakable message by exempting every female simply because of her gender, while requiring EVERY male citizen to register.

Why was there no serious movement in Congress for a universal draft, if “equality” is what we’re looking for? Where are the “equal rights” for men in this example? Why are women afforded “special” rights that I, simply by being a man, am not afforded? Are every woman’s career, safety, and life worth so much more to America that they are automatically and completely free from the danger of being conscripted into military service like every man is? If we were really after equal rights, we should either eliminate the draft entirely (which I think would be ill-advised) or start requiring young women to register as well. That’s pretty “equal,” right?

While changing the national draft policy will literally take an act of Congress, there are things that the Department of Defense can and should change on its own. For example, according to Army regulations, women can have long hair, are authorized to wear earrings in certain uniforms, and can choose to wear high heels or a skirt. At certain formal events, female Soldiers are given the option to either wear their uniform or appropriate civilian clothing. Those are all “special” privileges that men are not afforded.

On the other hand, women can have short hair if they want, eschew earrings if they want, or choose pants or flats over skirts and heels if they want. They can, and many do, choose to wear their uniform to every formal event even if they have a choice to wear something else. But male Soldiers are afforded NONE of these special privileges. If we want “equal” rights, then there should be the same standard across the board, with no special dispensations for women simply because of their gender.

But since everything I’ve mentioned so far is seen as favorable towards women, and fighting on behalf of equal rights for men would be career suicide, no one moves to do away with women’s “special” rights, and no one ever points out that such policies are discriminatory towards men. We should not have any special rules that favor women and exclude or disadvantage men, just like we should not have any rules that favor men and exclude or disadvantage women.

The uniform standards are one thing, but without a doubt, the biggest institutional favoritism shown towards women in the Army is in the area of physical fitness. Men and women are held to two different physical fitness standards–VASTLY different standards— yet we all compete against each other for assignments and promotions. When it comes to evaluations the Army is obsessed with numbers, in large part because having a number means you don’t have to apply much brainpower when comparing people against each other. Women are greatly advantaged when it comes to their physical fitness numbers.

The problem is, men don’t compete against just the other men in their career field for promotions and career-enhancing jobs, they compete against EVERYONE in their career field. With the doors to combat arms branches and units being flung wide open to admit women, those women have institutionalized, gender-based bias in their favor when it comes to physical fitness standards as they join units that highly value physical fitness. They aren’t any more fit, mind you; they just enjoy a much better score on their physical fitness evaluations.

Because of their gender, and all other things held equal, female troops have an unfair advantage over men because a number on their evaluation will be significantly higher in physical fitness tests for the exact same quantifiable performance. And because the Army is an institution that often values easily quantifiable numbers or demographic “targets” over substance when it comes to promotions, women have a distinct and unfair advantage.

As just one example, consider the Army’s physical fitness test with its three events: pushups, situps, and a two-mile run.  In the 17-21-year-old age group, the minimum passing score for men is 42 pushups. What is the maximum score for women in that exact same age group? You guessed it, 42 pushups. So in this age bracket, 60 points for men = 100 points for women. The bare minimum score for a male Soldier is literally the max possible score for a female. This would be the academic equivalent of giving a D-minus to a male student while giving an A+ to a female for getting the exact same answers right on a test.  Is that “equal?” I don’t think so; that sounds pretty “special” to me.

Look, either we’re all equal or we’re not. If you want, as I do, to “level the playing field” for women in the quest for equal rights for all, then you need to level the playing field for men, too, by eliminating special policies and privileges that discriminate against them. We should have one set of standards across the board… but we won’t.

Why?  Because anyone in a position to make true equality in our Army will see their “career warning light” flashing if they even try to bring up the undeniable FACT that women are afforded special treatment at the expense of men. And women won’t voluntarily give up their special privileges either; as I said many times (and you will see for yourself in the comments about this article), people don’t want “equal” rights, they want “special” rights. Let’s stop making things “special” and start making things “equal.” So while we’re working towards true equality for women in our Army, let’s make things equal for men, too.