HomeCultureFour “Unapologetically American” Reasons Why We Still Need the Draft 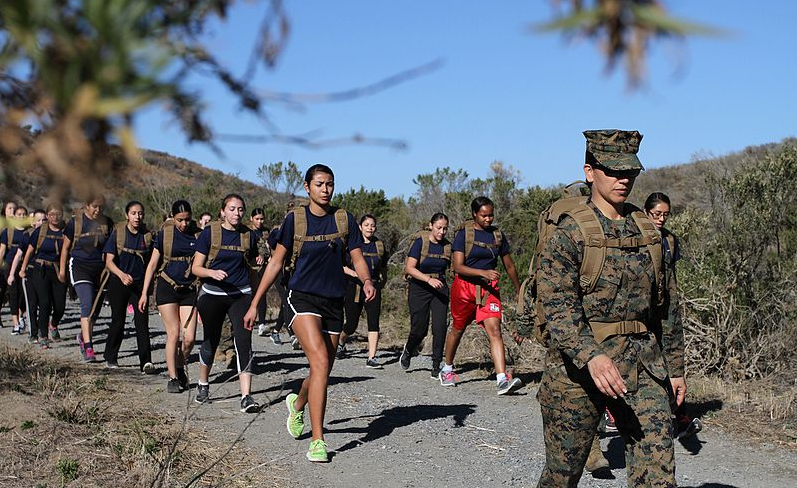 Havok Journal editor Scott Faith wrote this piece earlier for one of his favorite blogs, Unapologetically American. You can read the original article here. This first appeared in The Havok Journal on April 27, 2019.

As a career military officer who served in Iraq and Afghanistan a total of seven times, I infinitely prefer an all-volunteer military force.  In any profession, dealing with people who want to be there, and want to be there for the long run, makes life a whole lot easier for everyone. But now things have become too easy.  It’s too easy for us to go to war, and stay at war; it’s too easy for us to recklessly create huge deficits in support of these wars, and it’s too easy for the American people to forget about those who go to war on their behalf. That needs to change. One of the best ways to do that is to use an instrument that’s been gathering dust in our national policy toolbox since the 1970s: the wartime military draft.

Framing The Issue
I want to make it clear what I’m calling for here: I’m not suggesting compulsory, nation-wide national service, although I do think a program like the Franklin Project would be a great thing for our country. I contend that a limited military draft of two years in duration, covering both men and women, should go into effect any time a military conflict lasting longer than 180 days and involving the deaths of more than 1000 US service members. Why two years? To ensure an adequate level of utility out of trainees: eight months of training, one year of deployment, and four months of redeployment, recovery, and out-processing. Why 180 days?  Because the U.S. military should be able to convincingly handle any “non-war” problem in less time than that, and after 180 days on the ground the expense, and the body count, can start rising very quickly. Why 1000 deaths? Because that’s what the people who study this kind of thing used to separate wars from non-wars.

Here’s Why We Need A Draft
Having established what we should do, it’s time to address the why. Some degree of compulsory wartime service will ensure that as a nation we fight fewer wars, the wars we do fight will be shorter, and the American people will start taking an interest in whose asses we are kicking, and why. More importantly, it will make it much more likely that will we commit to winning the wars we choose to fight, instead of frittering away money, manpower, and national prestige by engaging in costly conflicts and ruinous “nation-building” misadventures. It will also help bring the nation closer and reinforce our national identity. Finally, it will help distribute the physical and emotional costs of warfare in a more equitable manner, providing at least the potential to reduce the security free-riding happening in America.

1) Keepin’ It Real
Simply put, modern wars are not “real” to the American people in any meaningful sense. There are fought by people they don’t know, against people they will never meet, for reasons they don’t care to understand, and with money that was never theirs, to begin with. None of our enemies have the ability to mount significant attacks on our territory, there is no war tax, and with no draft and the smallest percentage of Americans serving in the military since… ever… war is at best an abstraction. 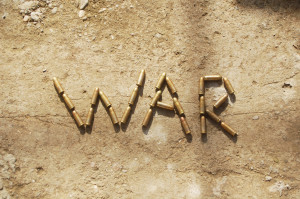 I was a student at Yale University during the much-ballyhooed return of its Air Force and Navy ROTC programs. The return of these programs were not, as many would argue, a revival of Yale’s proud military tradition.  It was instead a symptom of the deep apathy most Americans feel about military service in general and wartime service in general. Students at Yale, and the other institutions from which ROTC was driven during the Viet Nam War, don’t care if the military returns to campus because it has zero potential effect on them.

Look, the hippies in the 1960s and 1970s weren’t protesting that the war was bad; they were protesting that it was bad for them. Who cares about a war on the other side of the world, in a place most people couldn’t find on a map, if you don’t have to go there to fight it, right? The only reason that the Viet Nam War didn’t drag on for another ten years, costing thousands more American lives and billions more American dollars, was because the American people started caring about it. The reason they started caring about it is because they were being expected to fight in it. And they were expected to fight in it because of the draft. These days Americans don’t have the specter of military service hanging over their heads, and they are quite content to free-ride on the public good of national security. Most of them don’t care one iota about our nation’s wars, or those who fight them.

But put a two-year draft intro effect, and shit will “get real,” real quick.

2) We Already Have A Draft, It’s Just Drafting The Wrong People
People will say, “We don’t need a draft, we’ve been fighting the longest wars in our history and never drafted a single person.” They are wrong. Dead wrong. Contrary to popular opinion, we did in fact have a draft in order to provide the manpower we needed for the wars in Iraq and Afghanistan. We just called it something else. The military’s practice of “stop loss,” and involuntarily recalling inactive Reservists to active duty, allowed the Pentagon the benefits of a draft without the politically-risky move of calling up civilians. So basically, we drafted the people who had already done their part for the nation and let every other American continue to free-ride on their service. Seems legit!

3) There’s Plenty Of Room For Everyone
Military service knocks down barriers and builds bonds in a way that no other experience can. Period. End of story, mic drop… whatever. Nothing brings people together like the military. A wartime draft provides at least the possibility that men and women from all across the country could be directly affected by the wars our nation chooses to fight. Rich people and their children, the political and social elite of the nation, the extreme poor, and most importantly, the middle class would be covered by this draft. Unfortunately, I can’t get under the word count if I go into the details, but I’m confident we could work out a viable plan. We’ve done it before.

I’m well aware that few Americans meet the physical, mental, and personal conduct requirements required by the military. In fact, I wrote a rather lengthy article about it for The Havok Journal.  We could still absorb the fat, the lame, the sick, and those with questionable pasts and draft them into a civilian contractor corps, where they could dish out grits and dodge rockets in the mess hall in Bagram, or drive trucks on MSR Tampa. Those not suitable for deployment downrange can perform stateside duties, freeing up those who can deploy to do so. But they can, and should, do SOMETHING.

4) The Fact That It’s On The Table Is A “Win” For The Nation
In conclusion, a wartime military draft as described above is a net good for the nation. The mere fact that the draft is on the table will curb politicians’ martial appetites, as it will make them accountable to the voting public in a way they haven’t been with the all-volunteer force. It will also help distribute the risk of national security beyond the less than 1% of men and women who currently have that responsibility. And most importantly, it will help engender in our nation something that has been missing since about 2004: a national will to actually win the wars we commit to fighting. That’s something we haven’t had in a long, long time.
________________________________________