HomeNationContemporary AffairsMost Americans Too Fat, Too Dumb for the Military 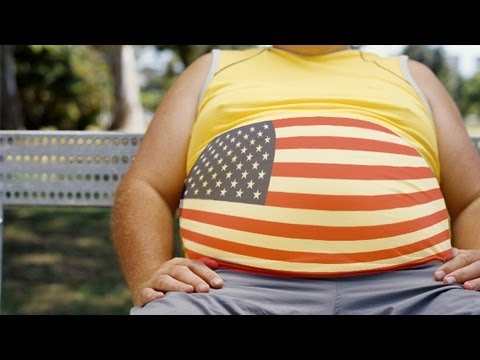 “Sorry Tubby, lose 50 more pounds and come back to see me.”

“I’d love to sign you up… get your high school diploma or some college and we can talk.”

“Yeah… about your criminal record…”

The statistics have been out for a while, but it’s just now starting to sink in:  most Americans are too fat, too dumb, or have made too many of what the military considers poor life decisions to serve in our nation’s armed forces.  That does not bode well for the future of our military or of our nation.

As our nation’s population grows, it would follow that the military recruiting pool would likewise grow larger. But in actuality, the number of eligible potential recruits is becoming smaller.  Part of the problem is that it seems that the only thing “growing” at an appreciable rate these days is America’s waistline. We certainly haven’t experienced much growth in our economy, international prestige, or our national security.

According to the Center for Disease Control, almost 70% of Americans over 20 years old—SEVENTY PERCENT—are overweight, and over a third are obese.  Overweight we can probably work with; a motivated young troop and a good recruiter followed by a decent drill sergeant and then a solid squad leader can take care of overweight in short order and quite possibly for good.

But obesity is another problem.  Potential recruits who are obese are unlikely to be able to perform the types of physical activity required for even a baseline level of competency in our military.  Their obesity, in many cases but not all, is probably also an indicator of a lack of motivation to perform the kinds of “outdoor” activities that the armed forces requires.  And that doesn’t even begin to touch the other medical issues correlated with obesity.

We’ve all heard stories about obese people who experienced huge weight loss.  Some of them even ended up joining the military.  But I’m going to go out on a limb here and say that most Americans aren’t like Jared from Subway.  If you’re already obese when you’re young, you’re probably going to stay that way for life. This problem can be traced to parents having a general lack of knowledge when it comes to nutrition and exercise, healthy foods being generally more expensive than their sugar and preservative laden brethren, and schools taking away the emphasis on physical education.

Even if obese troops lose enough weight to enlist, what happens to that formerly-fat troop when he gets out of basic training?  It’s probably right back to XXXL, and now it’s the military’s problem. The military isn’t doing much to help the problem either, with watered down physical training sessions in all but the most elite units, and dining facilities that serve up cheeseburgers and fries for lunch that are laden with preservatives, and don’t forget about the ice cream, pie, and high-sugar drinks at the end of the chow line.

On top of all of that, a physical disqualification comes from more than just being overweight. We live in an age where it seems everyone has something wrong with them. Couldn’t catch your breath in gym class? Must have asthma. Got caught looking out the window during social studies? Must have ADHD. The list goes on and on, and over-prescription of medication leads to disqualification for the military. For the recruiting force, the line begins to blur between, “Is there something really wrong with him/her?” and, “His parents must have taken him to the doctor every time this kid sneezed, he’s probably just fine.”

Next up, there is the issue of education.  There is a common perception in America, reinforced by none other than now-Secretary of State John Kerry, that you have to be pretty dumb to join the military in the first place, especially if you enlist.  That is simply not true.

Enlisted personnel have to have a high school diploma or fifteen credits from an accredited university to enlist, and the officer’s corps has to have a 4-year college degree. Nearly every enlisted soldier has completed at least some college, with many possessing a bachelors degree, and nearly every officer above the grade of O3 is either working on or has completed graduate level course work.

According to the US Census Bureau, in years past the percentage of Americans with a high school diploma or the equivalent was only 85%, and the percentage with a four-year degree was around 25%.  Statistically, the military is consistently MORE highly educated than the US population at large. The challenge for the military lies in the fact that there is a national 20% high school drop out rate, and of the other 80% that do graduate, many still cannot pass the Armed Services Vocational Aptitude Battery (ASVAB), the test that determines whether a recruit has a baseline level of intellectual aptitude to enlist.

Finally, even if a prospective recruit is physically and mentally fit for military service, there are many Americans who simply don’t measure up to the military’s decision-making standards.  Prospects who have had brushes with the law will likely be rejected, as will those who use illegal drugs.  The new limitation on tattoos and other body modifications such as ear gauges, particularly those restrictions instituted by the Army, limit the recruiting pool even further.   While it seems silly to many, including this author, that the military would shun those who are otherwise qualified from signing up simply for having tattoos, something warriors have done throughout history, those are the rules right now.