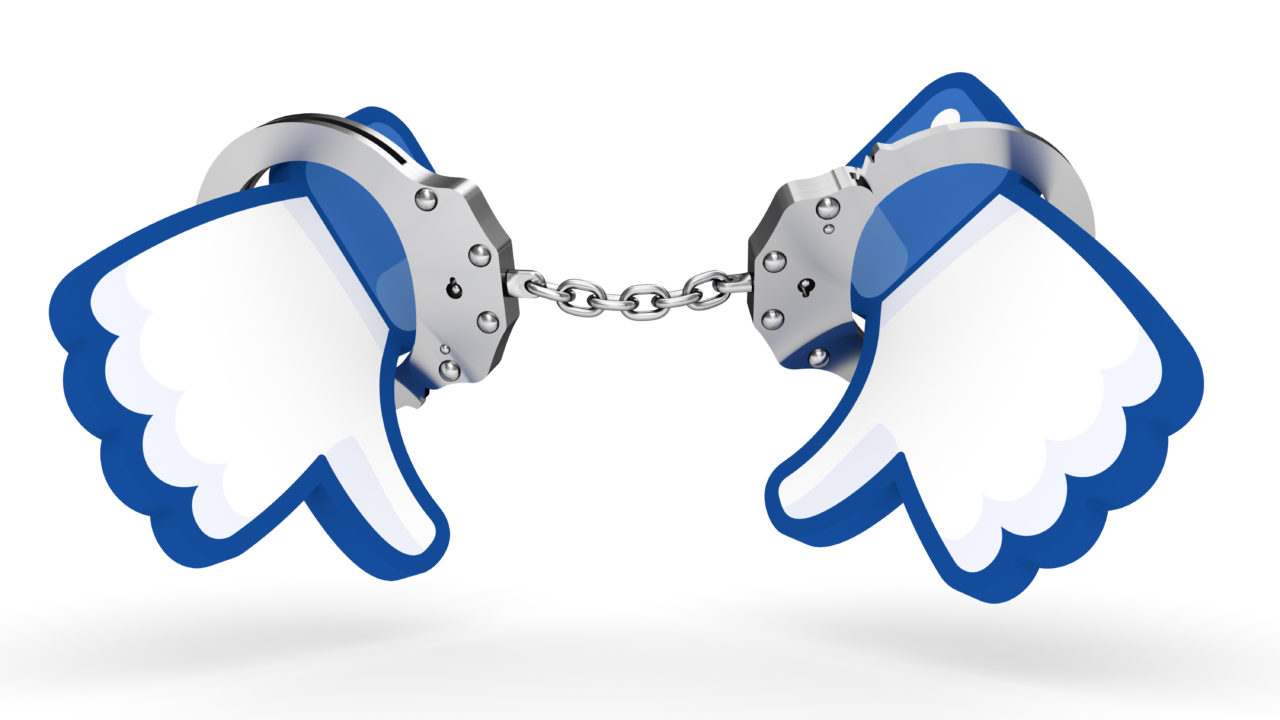 “Hey, I just got put in Facebook jail!” Laugh it off, but Facebook is censoring your speech. This week, the Babylon Bee was demonetized for inciting violence using a quote from Monty Python. Similarly, Twitter refused to unlock The New York Post’s Twitter account for posting a tweet about Hunter Biden’s laptop. Social media is setting the rules about what we can say and what we see on the internet. Wait, aren’t these social media companies trampling on my constitutional right to freedom of speech? The answer is no. Twitter, Facebook, YouTube, and everyone’s favorite search engine, Google can do what they want to censor what you see and what you say.

What most people miss is that freedom of speech is a limitation on government. Straight from our constitution, “Congress shall make no law respecting an establishment of religion, or prohibiting the free exercise thereof; or abridging the freedom of speech, or of the press, or the right of the people peaceably to assemble, and to petition the Government for a redress of grievances.” Basically, the constitution ensures we can speak out against our government, the press can speak out against our government, and there is no recourse from the government for doing so.

The bottom line is that Facebook can put you in Facebook jail, censor your speech, and even ban you from the platform for anything you post that they don’t agree with. If Facebook wants to limit what you say and what you see, they have every right to do it. The danger is that social media platforms have the power to effectively censor speech to the masses, and they are happy to do it. Every time we ask one of these platforms to limit our speech, they are happy to do it. In a world where the woke spend their time virtue signaling how politically correct and in tune, they are with racial, sexual, and religious issues, getting someone banned for openly having a conversation on any of these issues they don’t agree with is a badge of honor. All you need to do is offend someone or hurt their feelings and you’re in Facebook jail.

“Hey, I heard Facebook has a group of people you can appeal your suspension to. Why not let Facebook’s appeals group determine what’s outside of their speech guidelines?” Yes, Facebook has a group of 40 people you can appeal to. Isn’t this the very definition of censorship? In the Facebook world, a board of people decides what can and can’t be said on the platform. We the people don’t have legal recourse. Facebook’s board can define what is permissible and what is not. Facebook can drive agendas and feed you whatever it wants, and we the people, are letting social media dictate Freedom from Speech.

I have a better idea. Unfriend the offender. Block their feed. Don’t respond. The world is full of people I disagree with, but I defend their right to speak. Every time we let the social media companies censor someone else, we are in effect censoring ourselves. One day, the very things you want to be censored will prevent you from speaking out. One day, you may want to speak out against the government on your social media feed, and you will be legally censored by a corporation that has more power and reach to drive a narrative that you don’t agree with.

What will you do then? Where will you go? We the people will lose our voice.