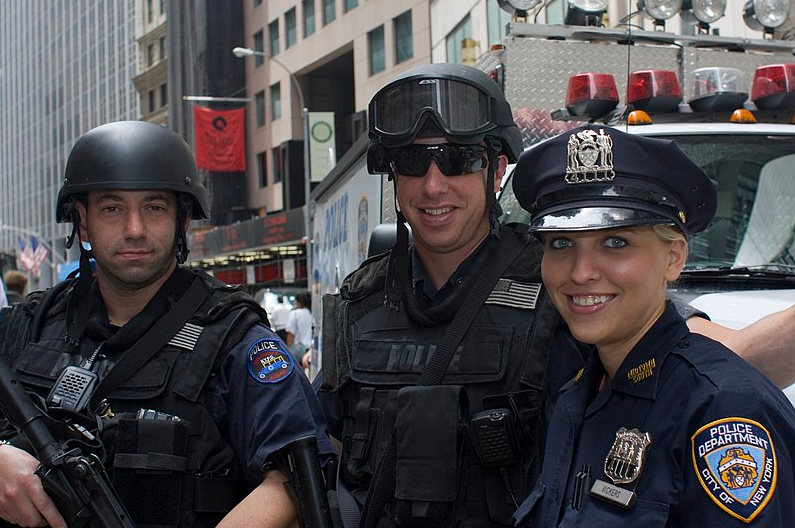 Being a police officer in the United States has a lot of challenges. Among them are the challenges of enforcing the law, balancing personal and professional life, and keeping American streets safe. The list could go on and on. There is one challenge that many, including some police officers and police leaders, forget. The challenge of policing a multi-cultural population. That is probably one of the biggest challenges as a cop. We have pockets of culture in every major city in the U.S. What I mean by pockets of culture is that we have large populations of Asians, Middle Easterners, Europeans, Africans, etc.

Having a multi-cultural nation differs from most of the world. It comes with its challenges. So, why not take an anthropological approach? What is Anthropology? It is the study of what makes us human. There are 4 subfields to Anthropology. They are archaeology, linguistic anthropology, physical anthropology, and socio-cultural anthropology. What would the closest to Law Enforcement work? Socio-Cultural Anthropology. Here is a basic explanation of what that is:

“Sociocultural anthropologists conduct long-term research in one or more communities and participate in daily activities while they observe and engage with community members. This approach is always collaborative, grounded in conversation rather than in distanced and decontextualized analysis. This approach and the knowledge it generates are intensely local, “on the ground” and “in the weeds” with the peoples, it studies – yet synthesizing and critical of received canons and theories. Its disciplined, participatory, long-term, and self-reflexive methods mean that ethnographic knowledge is hard-earned and unique. At the same time, sociocultural anthropologists often employ methods from the humanities and other social sciences to complement their ethnographic research.

Sociocultural anthropologists embrace the humanities when they investigate realms as far-reaching as expressive culture (music, performance, material arts, texts, architecture, film, and other semiotic media); religious practices and movements, moral values, ethics, and human rights; history, heritage, and memory practices (how the past has made and is recollected in the present); stories and storytelling; knowledge formations, the construction of (multiple) realities through practices involving entities as various as the dead, deities, non-human life forms, and things; consumption and tourism; and nature, biomedicine, and other sciences and technologies.”

Police Officers don’t need a degree in Anthropology but we can take different aspects in the field and apply them to our work. Many officers already do it without realizing it.

I received a phone call one day from an officer in my department. The officer told me that he is with a victim of a potential crime but is having a hard time understanding her. The victim spoke Arabic, so I assisted the officer in translating and getting to the bottom of the issue. I needed to see the victim the next day due to the sensitivity of the investigation.

I went to the victim’s residence the next day with my partner. The victim greeted us at the door. In this case, I’ll reveal the victim is female. I put my right hand over my chest and greeted her. In the Middle East, it is customary for a man not to shake the hands of a female he does not know. You are only allowed to shake her hand if she extends it out to you. In this case, she did not extend her hand but also placed her right hand on her chest to greet me. It’s a mutual sign of respect. The victim called her brother via FaceTime and I greeted him as well. We all spoke for some time and in the end, there wasn’t a crime to investigate but the female wanted information on some social resources. Her brother thanked me for my time and said he was happy to have someone who understood the customs and courtesies of their culture and they were able to put their trust in me.

I had earned the trust of an entire household. Can cops do this? Absolutely, you don’t need a doctorate in Anthropology. Like I said, most do it every day without realizing it. Learning about different cultures in your sector or city will give you not only a tactical edge but also you would be winning the hearts and minds of the people you are there to serve.

Another example comes from my time in the Army. Our first mission in Iraq was escorting some VIPs to the French embassy in Baghdad. We arrived mid-morning at the embassy. It was guarded by the Iraqi Army. I approached the guards and start speaking Arabic. Their eyes lit up and the whole squad was taken care of.

I do have the advantage of being in the culture. I have this friend who works for a federal law enforcement agency. He’s a white guy who is extremely knowledgeable about the Middle East and can even speak some Arabic. It’s rare to see an American law enforcement investigator understand a lot of the customs and courtesies of another culture. It makes him welcomed within the community and the community respects him for it.

This question is for our Spanish, Arab, Chinese, Indian, and every other culture in America. When you walk into your culture’s store or business, don’t you already feel welcome when people speak your language and understand your culture? Absolutely. I get that all the time. Deep inside, in our subconscious, we are comfortable with “our own.” It’s just the way it is. It is HUMAN. That’s the whole point of this approach. Acknowledging the human aspect of the job for both as cops and the community.

This job is not just a profession, it is a tradecraft. As police officers, we must go beyond just enforcing laws, and preventing crime and disorder. One of the most effective ways I’ve found is winning the hearts and minds of those I protect. We aren’t occupiers of a foreign country. We are the last line of defense in the U.S. How many terrorist attacks have we thwarted? How many victims of heinous crimes have we brought justice to?

We have a massive undertaking. As a profession, we must continue to improve.

This first appeared in The Havok Journal on September 6, 2021.