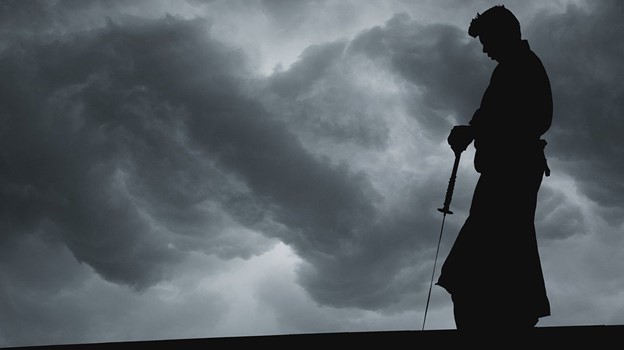 I have been a student of Karate since the 5th grade. I remember the first time I walked into class and saw the students sitting on the floor of the dojo. The head instructor and owner of the school walked in, otherwise known as the Sensei. We began the lesson of the day. I was hooked immediately. Through the years of practicing Karate, I learned and adopted a lot of the philosophies of Bushido into my life. I learned early about honor, courage, and various other principles. Those principles carried over to my military and law enforcement careers.

What is Bushido? What does it mean? How can it be applied to the profession of law enforcement? Bushido is commonly known as “the way of the warrior.” It is the code of the samurai in Japan. There are seven principles of Bushido. Justice, Courage, Compassion, Respect, Sincerity, and Loyalty. These principles, or similar ones, can be found in the military and many police professions.

Law enforcement is a profession in which every single day, a cop’s day is different. As much as the media likes to call things police do “routine”, there is nothing routine about what officers do. I often find myself scratching my head and repeating again and again, “I thought I’ve seen it all.” I have a lot of thoughts on how I believe police officers should be trained and how long academies should be. There are different kinds of cops. I’ve written about it before.

Let’s break each principle down.

As law enforcement officers we should strive for justice. Not just for the victims of crimes but also society as a whole. I don’t mean just enforcing laws. I am talking about something deeper. Seeking justice requires reflecting on what is fair and just in upholding the values when there is violence or corruption. An officer seeking justice is not an enforcer of the law but more of a protector of the people and the Constitution of the United States.

As a police officer, you have a lot of power in your hands. It is a huge responsibility. Not only can a police officer take a person’s freedom, but the officer may also have to resort to deadly force. Now, with all that power, a police officer must show extraordinary powers of love, affection for others, sympathy, and pity. These are crucial traits to have. It keeps an officer human and remembering that the people they are sworn to protect are also human.

Officers, who have adopted a warrior’s mindset, have no reason to be disrespectful. They do not need to prove themselves. I’ve known officers who are unable to show any ounce of respect with anyone they deal with. This is not warranted or needed. People don’t respect officers because of their physical strength but because of how they deal with others.

A genuinely sincere officer accomplishes every required task. The officer is reliable and never has to give his word. The officer’s actions alone do the speaking for them.

An officer’s loyalty to their profession, their fellow officers, and their fellow man is paramount. The officer recognizes that they are responsible for their words, their actions, and all the consequences that follow. The officer’s actions can make or break the trust the people have entrusted within them. Even in the face of extreme danger, like the current political climate, the officer will not abandon those who need protection.

These virtues I have outlined are easily adaptable to the law enforcement profession. It is part of the warrior mindset. It is part of who we are as law enforcement professions. Be more than just a badge. Be more than that cop who is only there to work overtime. Don’t be the cop the people want, be the cop that the people need.