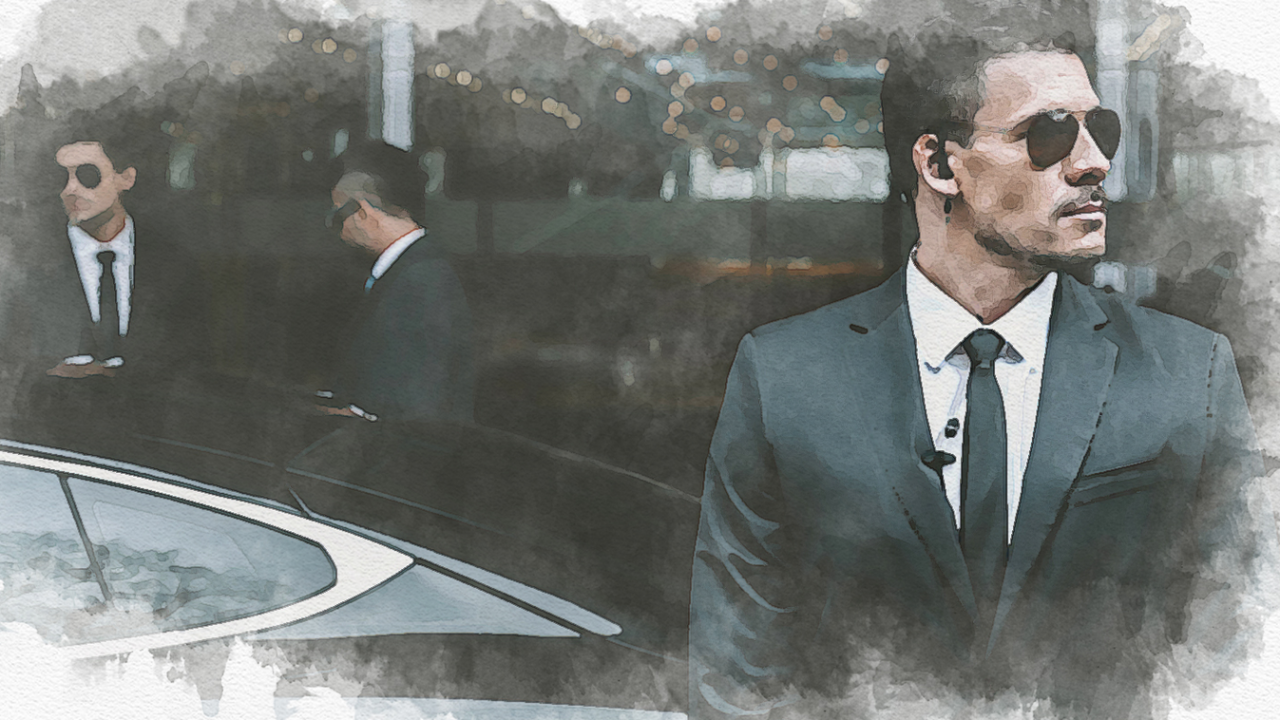 “A coward dies a thousand times before his death, but the valiant taste of death but once”.

I’ve had a lot of interesting jobs in the tactical world. The common denominators for these gigs were the fact that they were hard, dangerous and the pay sucked. So, when a guy offered me $30 an hour to babysit some rich dude who wanted a hired gun in his house, I jumped at the opportunity. This was in the late ’90s, so $30 an hour was a princely sum at the time.

My employer, a private investigator that did executive protection work, gave me a little bit of background. His client was a multi-millionaire who made his riches in the tech industry. Recently, two crooks had broken into his house, one was armed with a handgun. They found the guy and his wife upstairs, in their bedroom. The two hoods tied them up with the victim’s neckties, then robbed them of their high-dollar items. The amateur crew was caught by the police a short time later. The victim was still pretty freaked out, so he wanted armed security at the house 24/7. That’s where I came in.

When I arrived at the job site, two things struck me. The house was big, and it had more windows on it than I had ever seen previously in any other residence. The front of the house was basically nothing but glass.

No wonder they got robbed. You can see everything going on in the place from outside…

The owner was only a little older than me, in his early thirties. He had made tens of millions owning a world-famous video game company. He had it all, nice houses, nice cars, nice everything. The one thing he didn’t have though was peace of mind.

When I first met him, I was a little taken aback by how rude and condescending he was. I was the hired help, and, to him, I was no different than the guy who mowed his lawn. But, there was more to it. He seemed miserable, completely unhappy. He also seemed to resent me even being there. Over time, I’d come to realize why.

The job was pretty simple. From 6 PM to 6 AM, I’d hang out in the living room. I’d go outside every now and again to check the perimeter. In the morning, another guy would relieve me, then I’d be back for another tour the following evening.

All in all, it was pretty easy money, except for having to deal with the client. I don’t recall his real name, so I’ll call him Mike. Mike would get shitfaced drunk most evenings and proceed to berate me.

“Why are you sitting around like that doing nothing. Shouldn’t you be checking outside?” On cue, I’d get up, go outside, have a dip, and come back in a few minutes later.

“And another thing when I’m in my living room I’d prefer if you’d go somewhere else, like the den or kitchen”.

This went on for weeks. Eventually, my patience grew thin with this type of treatment. One evening he began to tear into me, a drunken rant about how I wasn’t doing my job. Despite the good salary, I’d had about as much as I could take from this Bill Gates look alike. I politely told him this would be my last night working there and I’d get someone to replace me. He seemed dumbfounded by the response. For once he couldn’t think of anything to say. I’m guessing in the tech world he didn’t get much pushback from people and they ate his shit as fast as he could serve it.

Mike got a look of concern on his face, with some fear sprinkled in as well.

“You’re going to get someone to replace you for tomorrow night, right?” He said nervously.

And with that, I left.

I kept tabs on Mike through a buddy of mine who took over the job for me. He said Mike did much of the same things with him, but my friend would just laugh it off. So, it wasn’t just me he gave a hard time to. He gave it to all of the hired guns he paid to protect him.

As I look back on the situation I’ve come to realize that Mike didn’t have anything against the men he hired to protect him or his family. On the contrary, he needed them to feel a sense of security, a feeling lost after he became a victim of a violent crime.

His treatment of me and the other security specialists was a manifestation of guilt. A guilt brought on by failing to protect his family in their time of need. A failure to act, when action was needed.

Mike was a smart guy, ambitious, a savvy businessman who had turned his business into a huge financial success. But, he wasn’t a fighter…

When the lives of his wife and children were threatened, he failed to act. At the moment the violators went to tie him and his wife up, he did nothing. He went along for the ride. He had no idea what the suspect’s intentions were, rape his wife? Murder his children? He chose the path of least resistance, he just let it happen. Give them what they want and hope they’ll go away. The master of the boardroom, wheeler and dealer millionaire, was just another victim who found himself at the wrong end of a gun. He had no plan to act, to defend himself and his family. He brought a corporate mindset into a tactical situation.

That’s where his animosity towards me stemmed from. I was what he wished to be at that moment, an armed man ready to kill to protect what was his. I wasn’t rich, living in a big house with a trophy wife. But, at the same time, I was everything he wasn’t. 99% of the time he was content to be himself but, that 1% of the time he wished he had been me, and that caused him so much heartache. This manifested itself in resentment, demonstrated with verbal insults.

That brief moment in time haunted him, hiding in the shadows. The memory of his impotence is always present in his mind.

And who am I? No one special really. Since you are reading this article in this forum you are probably a lot like me. I see danger in everything. Parking garages, restaurants, movie theatres. Every time I go somewhere I have a plan on how to fight my way out of there.

I am the way I am a for variety of reasons: training, mental conditioning, and experience. My behavior is learned, not innate. It’s a burden at times, seeing the glass as half empty and wondering if someone spit it in it. But it is better than the alternative. Being punked, emasculated, or embarrassed in front of family and friends. The by-product of which is a lifetime of guilt, self-loathing, and regret.

So be prepared. As Pat Mcnamara says, “be the head of your own personal, protection detail.” Know when to run, regroup and fight another day. But, when it is time to fight, make sure you do just that, as hard and as violent as you can. You might lose, but at least you won’t feel regret for not doing anything.